This garden has been restored to its 1930s origins – a new water feature, pavilions, and terracing reinforce its graceful past

Restoring a formal garden requires attention to detail and a sensitivity to the home it sits alongside. To introduce new features or change a pathway's flow, the designer has to consider everything from complementing the home's architecture to minimizing the intrusive sounds of street traffic.

The garden shown here is a restored version of the original, designed when the house was built in the 1930s, says designer and owner Keith Summerour.

"When we came to the property, the garden was densely overgrown. After cutting back several years' overgrowth, we uncovered the regular shapes and hedgelines of a formal French-style Parterre garden," says Summerour.

This Parterre garden comprises ornamental segments, divided by clipped box hedging, and forms the heart of a much larger, two-acre site that incorporates a woodland garden, a meadow and a terrace area. The terrace lies between the Parterre and the house.

"Pavilions with fish scale patterned roofs were introduced to the Parterre, to signal the paths to take and to provide interest," says Summerour. "The terrace area was re-laid to improve orientation. The semicircular water feature that defines it was another recent addition." 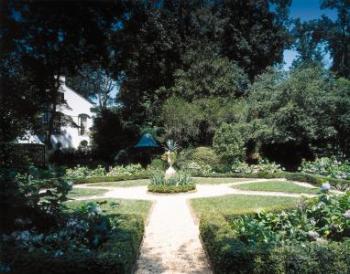 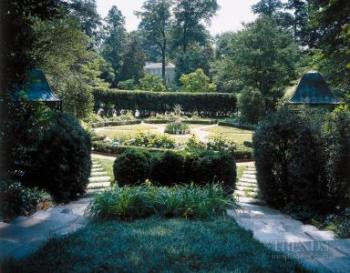 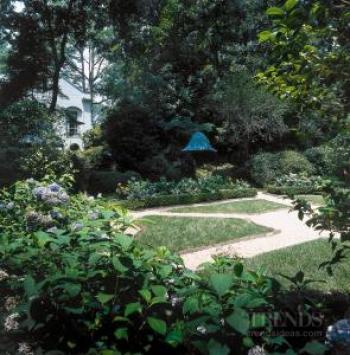 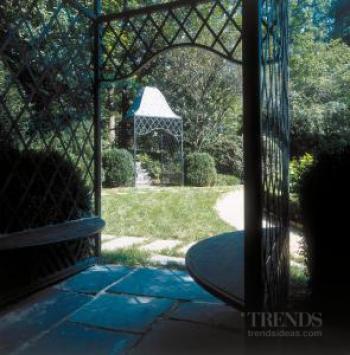 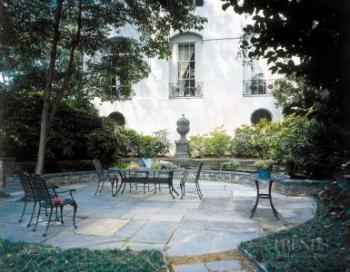 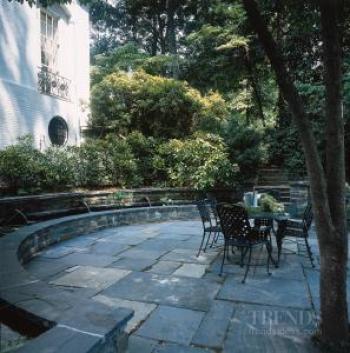 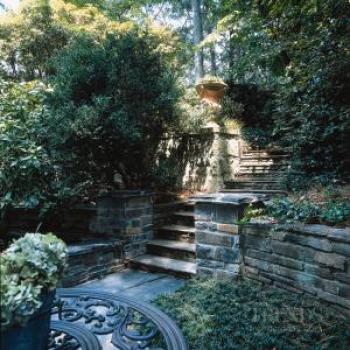 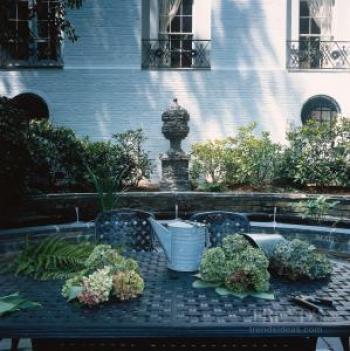 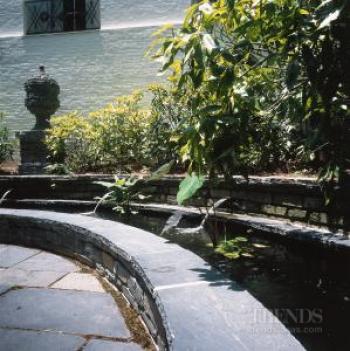 The terrace provides an informal vantage point overlooking the Parterre and the adjacent meadow garden. The fountain that rings the terrace brings the sound of trickling water – a welcome addition on a warm summer's day.

Care was taken to ensure the terrace was in keeping with the adjacent home. Masonry work for the water feature and a sculpture match the home's facade. Unobtrusive garden furniture was chosen, allowing the terrace and house to retain visual dominance.

"It requires a comprehensive approach, updating a classic garden and still keeping the modern world at bay," says Summerour. "For example, some hedging elements were introduced to muffle traffic noise – something which was of small consideration eighty years ago."