Creating a large, traditional-style garden requires the close consideration of several factors. Firstly, the garden has to be well-suited to the house it surrounds – both in terms of materials used and choice of detailing. Secondly, it needs a logical pedestrian flow that leads on from area to area. Thirdly, an organic feel should be retained wherever possible – a sense that the garden is part of the natural world, not just an extension of the home's architecture.

All these aspects were taken on board, when landscape designer Rob Boden was asked to create a formal English garden and pool to complement a substantial American Georgian-style home.

"The intimate, compartmentalised nature of an English garden was not a far cry from an American Georgian garden style," says Boden. " The latter is also typified by large rolling stretches of grass, and this element is found running alongside the tennis court at the rear of the garden."

Formal symmetry lies at the heart of the garden's design. The front gate was situated opposite the front door, with the driveway dividing the front garden neatly in half.

"In the right half of the garden a large oak tree was retained. To balance this, a 10-year-old Japanese elm was introduced into the sunken garden to the left. This depression was in the original lay of the land," says Boden. 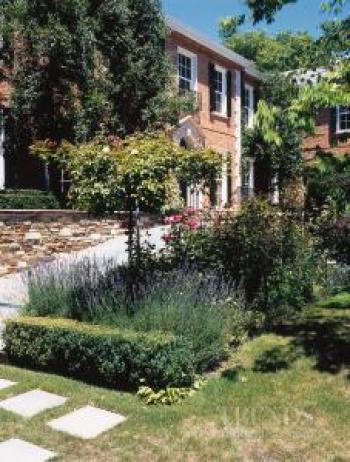 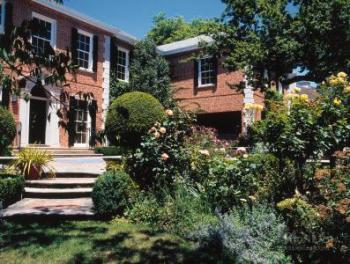 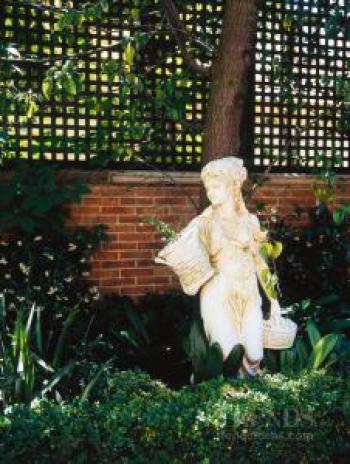 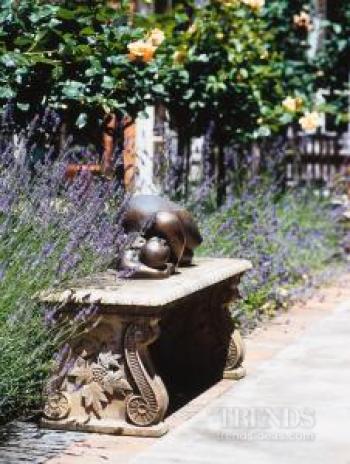 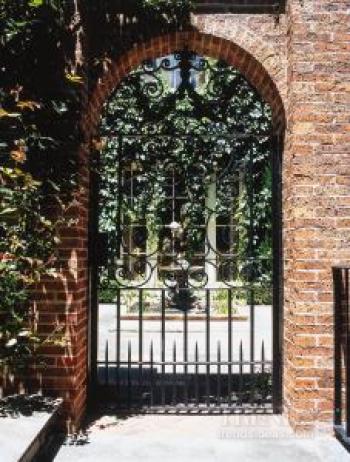 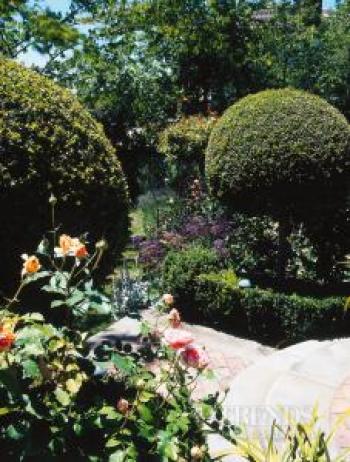 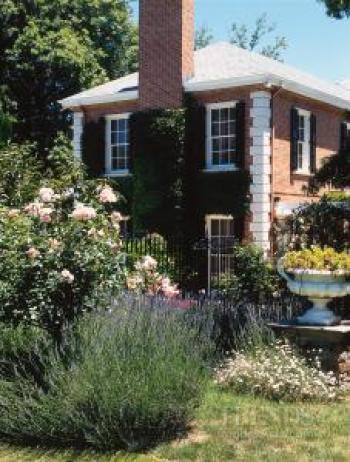 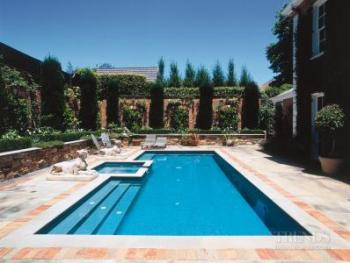 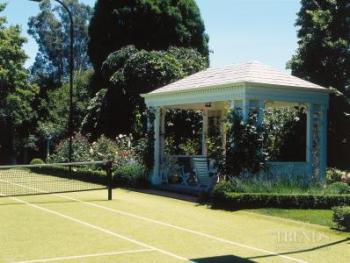 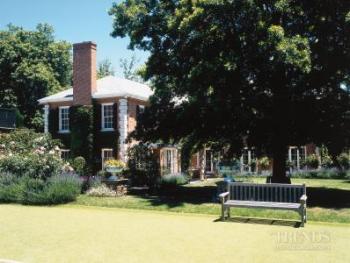 Both left and right front gardens culminate in detailed garden arbours, which both feature English roses. Osmanthus hedge borders add to the sense of harmony with the straight lines of the house behind. Topiary balls complete the sense of formality at the front of the home.

Both here and at the rear, the designer took pains to match brickwork detailing with that on the home proper. A similar material link was created with the sandstone used underfoot and the sandstone forming the corner stones of the home.

"As well as matching materials, we matched architectural detailing between the hard landscaping and the home's facade," says Boden.

From all sides of the home, the gardens offer a formal atmosphere. Long paths, wide steps and stretches of rolling lawn are all important to the rear garden's design.

"A long, ambling path stretches from one of the front garden arbours, around the house, and out to the tennis court behind," says Boden. "The intimate study garden at the side of the home and the linear pool running alongside the rear provide other formal elements within the greater space."

Boden designed the swimming pool and spa that sit directly adjacent to the home.

"We chose the pool design for its formal nature, but it also provides functionality," says Boden. "With broad steps appearing at the front of the home and again in the lawn leading to the tennis court, it made sense to introduce elongated steps into the pool environment, too. They provide an easy entry into the pool and also a good place to sit and watch toddlers having fun in the water."

Brickwork on the pool surround and sandstone pavers also play off the home's facade.

"However, in the pool area we also introduced a coarse material feature," says Boden. "This was to avoid an excess of lines and manicured surfaces that can result in a cold-looking environment."

To create a more organic look, the designer used rugged, individual stonework to construct the poolside walls. These walls were capped with Haddonstone to retain an overall continuity.

"Throughout the garden, rose branches, vine tendrils and other plantings spill out across linear elements," says Boden. "It is as though nature is seeking to reclaim its domain from the restricting lines of the formal architecture."