The waterfront was once considered the preserve of sailors and customs officials. But when industry leaves the city wharves, the warehouses and piers that remain can become prime real estate, and the harbour's edge can change from a business destination into a vibrant place to live, work and play.

Walsh Bay lies in the shadow of the Sydney Harbour Bridge, close to the city centre. From the street, the wharves' imposing Edwardian brick façade had previously shut out local residents.

Behind the façade, timber warehouses lay abandoned until the partnership of Mirvac and Transfield teamed up with the New South Wales government to revitalise the forgotten area.

The Shore Apartments and anotherapartment complex on the adjacent Pier 6/7are part of a major redevelopment of Walsh Bay. Neighbouring wharves have been restored and now contain artistic performance spaces and offices.

Architect Tasman Storey of HPA says that although the use of this area has been dramatically altered, its architectural integrity has remained intact. 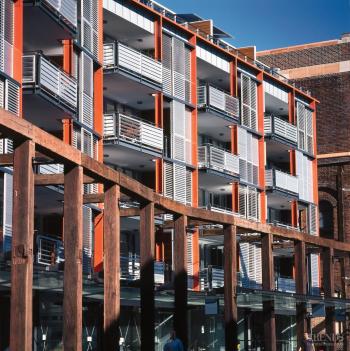 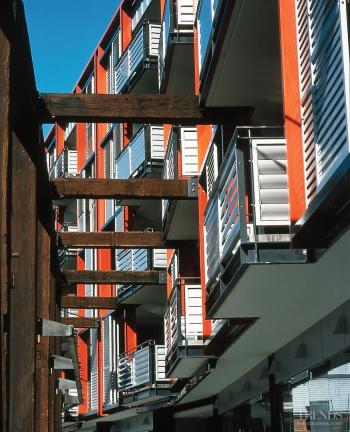 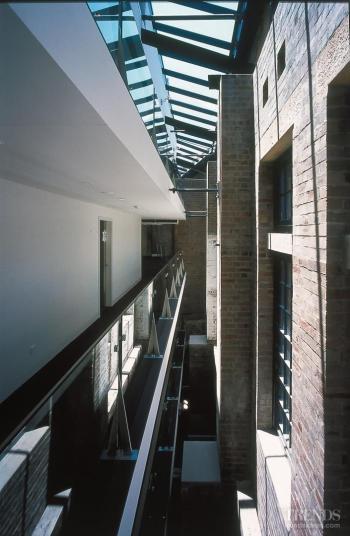 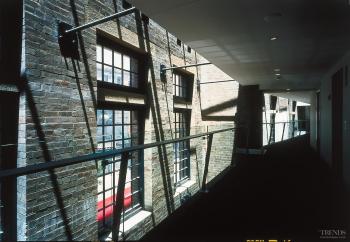 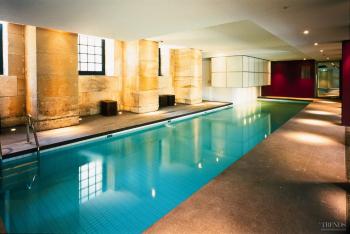 "The Shore Apartments have been designed to reflect a maritime past and to match the restored buildings around them," Storey says.

A striking feature of the exterior is the operable aluminium louvres on the seaward side. These can be individually adjusted to give the building a breathing skin, Storey says.

The louvres provide the desired levels of shade in each apartment and their horizontal lines visually match the timber boards on the surrounding buildings.

The Shore Apartments are attached to the brick façade by adjustable steel ties.

"The brick façade is a fine example of Edwardian architecture, so a great effort was made to retain it," Storey says.

The façade is seven storeys tall at the highest parapet and 1.5m wide at the base. Storey says this major brick structure had previously sat on timber hardwood piles 9m deep. To strengthen the façade, a unique underpinning and strengthening system was used which involved mixing soil and grout before a new semi-submerged basement and seawall was created on the seaward side of the wall.

Timber from the demolished pier was recycled and used for a colonnade on the seaward side of the Shore Apartments.