The country's first environmentally pro-active building is seen as a flagship for sustainable building practices.

ON THE global stage New Zealand is renowned for two things; the progressive approach of its citizens to technology and design, and its ‘clean, green' image.

In searching for a new headquarters, DOC requested an environmentally friendly building that would engender a safe, healthy, comfortable and productive work environment for staff. After evaluating a number of proposals, including a new build, DOC chose the Mid City complex, says general manager Grant Baker.

"The building was chosen because it had the potential to provide an innovative, high-quality green building design, was priced competitively, and is in a location close to amenities and facilities that staff are already accustomed to using."

The building utilises a number of passive, mechanical, and staff behaviour strategies – such as designing the main stairs to be visible and easily accessible to encourage staff to use them in preference to the lifts – in keeping with DOC's fundamental principles surrounding this project. 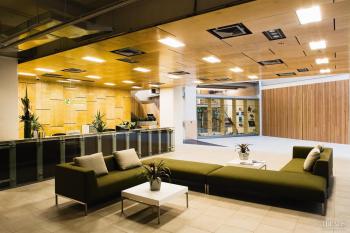 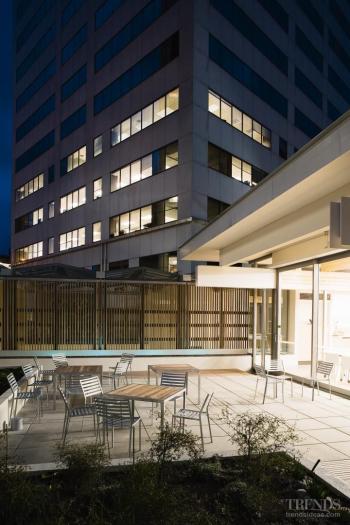 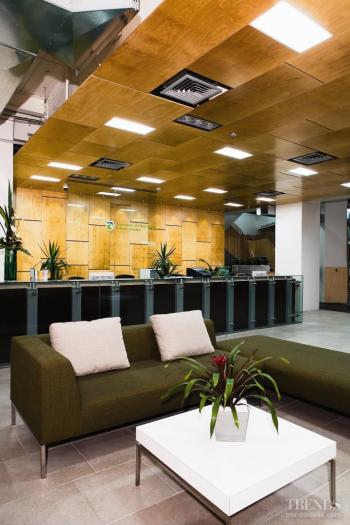 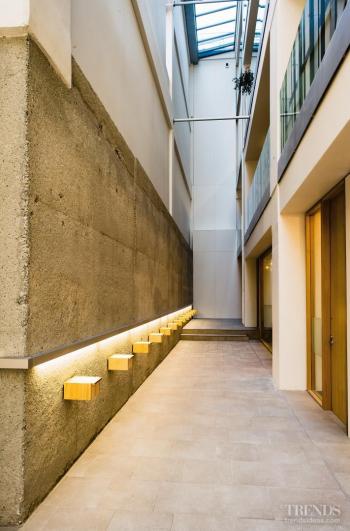 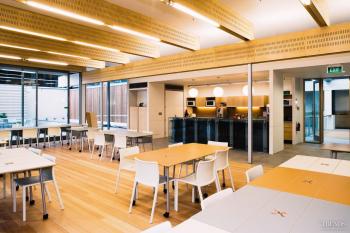 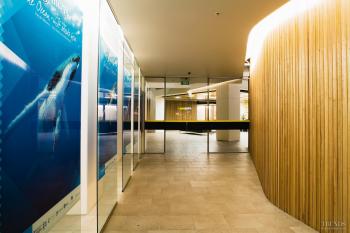 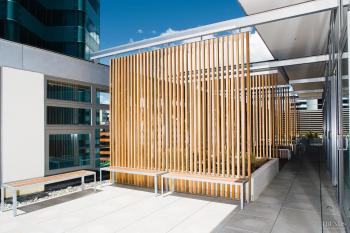 "The building owner – The Wellington Company – has transformed a purpose-built cinema complex into an iconic, ecologically sustainable building with an exciting yet efficient open-plan layout that is strongly connected to the external environment, and nature," says Baker.

"From an architect's perspective it has been a pleasure to work with clients committed to the integration of sustainable design principles in a comprehensive way. Our aim has been to do this in a way that focuses on the creation of an excellent working environment for DOC. I think we are able to say that the result will be one of this country's best workplaces," says Stuart Gardyne of Architecture +.

Conservation House is the first office building in New Zealand to utilise a chilled beam system as a means of controlling indoor environmental quality. The system is based on the use of both water and air to control the internal environment. Cold water circulates through a cooling coil and as the surrounding air is cooled it descends into the office space, replaced by rising warmer air, creating an airflow cycle.

The Wellington Company – in consultation with and at no expense to DOC – initiated and installed an active chilled beam system for Conservation House. In an active system pressurised air is discharged through a number of nozzles causing induction of the air in the room, resulting in the rate of the air-flow cycle being more constant, says director Ian Cassels.

Because chilled beam systems have no moving parts, service and maintenance of the system is simpler. Another benefit of the system is that no noise is produced. In fact, DOC have had to introduce pink noise as the building is too quiet.

The chilled beam system is supplemented by the double layer glass facade and atrium. Fresh air from the rooftop comes down through the atrium and return air moves by convection back up to the rooftop through the void between the double facade.

"As well as working to circulate air, the atrium allows natural light to penetrate deeply into the floor plates, while exposed concrete ceiling surfaces are used as thermal masses to absorb excess heat generated during the day, and night ventilation will be used to flush the building at night," says Cassels.

Waste heat is also captured by the building's heat pumps and used in the heating of hot water. Increased natural light means less of a dependence upon artificial light and a Digital Addressable Lighting Interface (DALI) system allows for automatic daylight dimming of the perimeter lights. High-efficiency, low-mercury lamps and solid-state, long-life LED lamps are used throughout the building, minimising not only energy consumption but reducing the environmental impact of disposal at end of life, says Baker.

Other mechanical strategies incorporated into the building include collected rainwater used in the bathrooms, kitchens and for garden irrigation. Low-flow fittings and fixtures with motion detectors have been installed in the bathrooms to further reduce water consumption. Additional staff behaviour strategies, designed to reduce energy consumption, consist of a large bicycle park and location next to a well-serviced bus stop, providing transportation alternatives.

Working in concert with the environmentally sustainable practices initiated by The Wellington Company, DOC instituted its own pro-active elements into the fit-out.

Supplementary motion and light-sensing lighting fixtures have been incorporated into the DALI system throughout the office spaces in addition to meeting rooms and the bathrooms, says Baker.

As well as a number of low-VOC (volatile organic compound) emitting materials being incorporated into the building – such as Laminex MDF and Resene paints – DOC specified the use of sustainable plantation timbers for internal doors, framing and panelling.

There was also a requirement to avoid the use of PVC wherever possible, an example of this is the use of linoleum instead of vinyl on the bathroom floors, says Baker.

On the office floors, Ontera carpet tiles have been used for a number of reasons. Firstly, as reduced energy and water consumption is used in their manufacture, the environmental impact of the manufacturing process, and of their eventual disposal, is negligible. Secondly, those tiles that get more wear can be replaced individually as needed, conforming to DOC's waste minimisation policy.