Tucked away in a wing of its own, this master bedroom suite is a private retreat for the owners

Designing a home from scratch can provide the opportunity to get the master suite you've always wanted.

For the owners of this country house, designed by architect Michael Wyatt, that dream translated to a separate wing, which accommodates the master bedroom, study and master bathroom.

As the house is built in a picturesque setting, with extensive valley and mountain views, the private wing enhances a sense of retreat. Fireplaces in both the bedroom and study also contribute to this feeling, providing both heat and visual warmth.

As in the rest of the house, the rooms in the master suite feature sloping ceilings that follow the pitch of the roof. These add visual interest and help to achieve a spacious look in the interior.

The key feature of the bathroom is a Philippe Starck bathtub, imported from Europe. 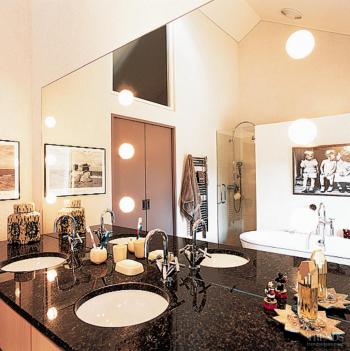 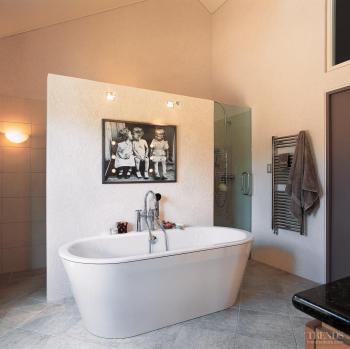 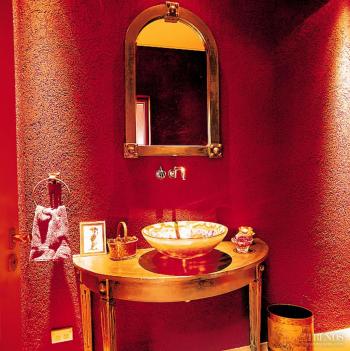 "The tub helped to determine the look of the bathroom," says Wyatt. "It's a very sculptural object, so we wanted to make it a stand-alone feature. Placing it in front of a freestanding wall was a way to make the tub the focus of attention in the bathroom. Its sculptural lines are further defined by making the wall a little shorter than the tub, so its rounded ends are exposed."

Wyatt says the height of the wall was determined by the need to maintain an open and spacious look.

"The wall is only as high as it needs to be to ensure privacy for the toilet and shower behind," he says. "These are tucked discreetly out of sight, so they are not the first things you see on entering the bathroom."

The owners say the shower fittings were also imported from Europe.

"The shower head is particularly large, which makes it seem as though you are taking a shower in the rain," they say.

Tawa cabinetry on the vanity is similar to that used in the kitchen, and features negative detailing.