Families who opt for a quiet country or semi-rural lifestyle are eager to enjoy the beauty of their surroundings to the fullest. Designing a house that blurs the boundaries between indoors and out is one way to do this.

The owners of the house featured on these pages commissioned architects Kathryn Ogawa and Gilles Depardon to design a country house that would blend into the wooded, 7-acre site. Having worked with the architect on a previous occasion, the owners were familiar with her modern, linear style.

"They didn't want to imitate the look of many of the existing local houses, which replicated a colonial look," she says.

Despite the large size of the site, there was a limited area on which to build, due to the position of the woods, the pond and two rocky outcrops. The decision was made to site the house above the pond on a gently sloping piece of land.

"We wanted the house to look as though it was built into the land, so we opted for a long, low building with a flat roof," says Ogawa. "Effectively, the house follows the contours of the site – its linear shape parallels the pond." 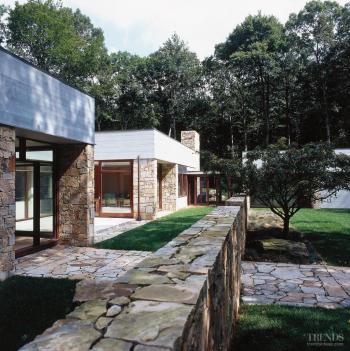 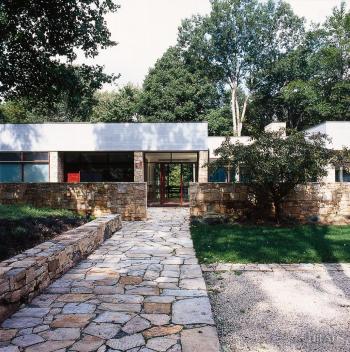 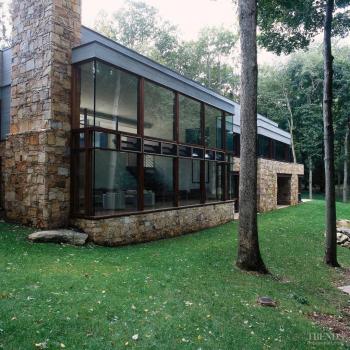 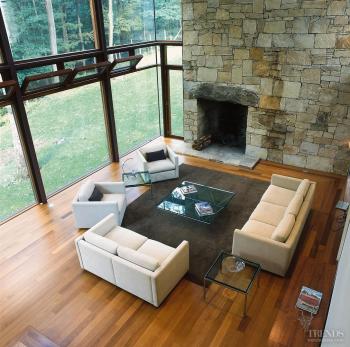 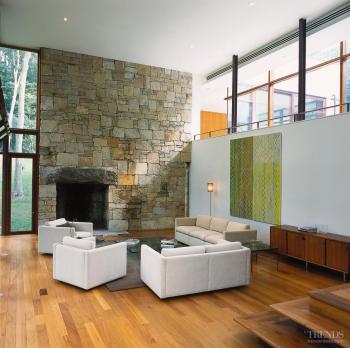 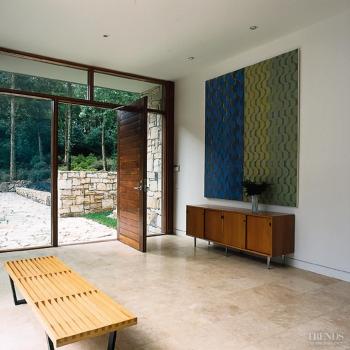 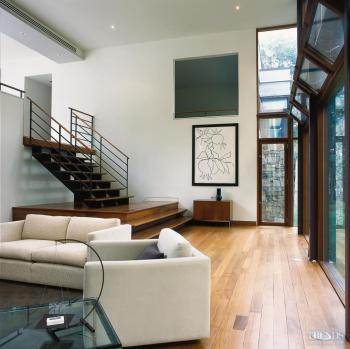 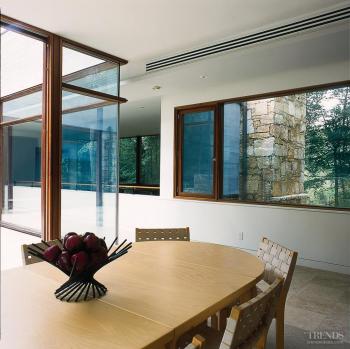 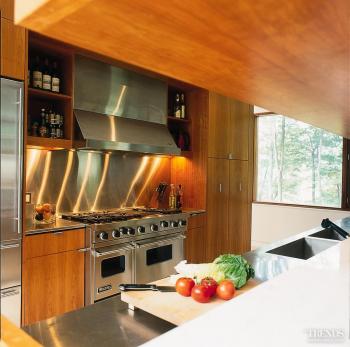 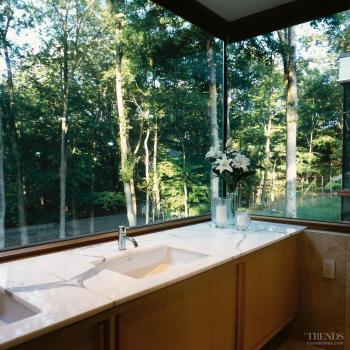 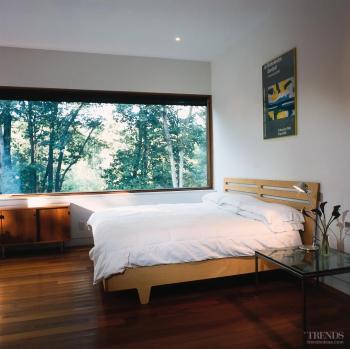 Although the house looks to be single level from the street, it drops down the hillside to accommodate additional rooms on a lower level.

Vermont stone features at the front of the house, creating a pathway and forming a low wall that runs parallel to the house. The stone also forms the base of the house, helping to visually ground it, says the architect.

"The windows at this level appear to be punched into the stone, again giving the appearance of a house built into the hill."

Ogawa says the garden wall provides two main functions. It provides privacy from the road and it defines an outdoor living area at the front of the house.

In keeping with the decision to merge the indoors and outdoors, Vermont stone is carried through to the interior. Here, it features on a massive fireplace in the living room. Other materials used inside, such as the limestone flooring in the entry hall, are taken outside. The front courtyard, for example, is paved in a similar limestone.

The extensive use of glass walls further enhances the link to the outdoors. In the living room, glazed walls extend to the double-height ceiling. Floor-to-ceiling windows also feature in the open-plan family room.

Stepping down the living room to a mid-level was a way to add a sense of drama to this space. It also allowed for the high ceiling and provided an opportunity to install a large interior window between the living room and the library on the upper level.

Wood features throughout the house – a further link with nature and another way to provide continuity. The floors are Brazilian walnut, while much of the cabinetry is cherry wood.

The kitchen is positioned in the middle of the large, open-plan family area, again to encourage a flow between rooms. Here, a lack of decorative detailing ensures a streamlined, uncluttered look that is in keeping with the rest of the house.

The master bedroom is on the upper level. Again, large, horizontal windows frame views of the woods. Other bedrooms are on the lower level.

Bathrooms, which feature cherry wood cabinetry, are also simple and streamlined in order to maximize the outlook.