Blocking two doors and removing a wall changed a small, inconvenient and enclosed kitchen into a comfortable space for the whole family

One of the marvellous things about wood as a building material is that it can be altered, moved or even removed completely.

The kitchen in interior designer Mary Jane Pappas' home was typical of its era. Built in the 1950s, the kitchen was small, U-shaped, and designed so only one person at a time could work in it – although it did have good storage space and a table in a bay window dining alcove. Two doorways made it even more awkward to use and took up a lot of space.

"The house had separate dining and living rooms, which were hardly ever used. Instead, the family all crammed itself into the kitchen, even though it was inconvenient, because that's where our family life was happening," says Pappas.

The solution was easily carried out – the wall between the kitchen and living room was removed to create a huge opening and the two doorways were blocked. The little-used dining room became a cosy media room, and the dining table was moved to a corner of the large living area, which now flows straight into the kitchen.

"As a family of four, we needed a kitchen that could be used by more than one person at a time. We all like to be in the kitchen cooking, or at least participating in the meal preparation, or talking to the cook," says Pappas. 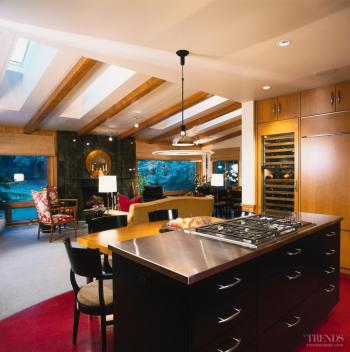 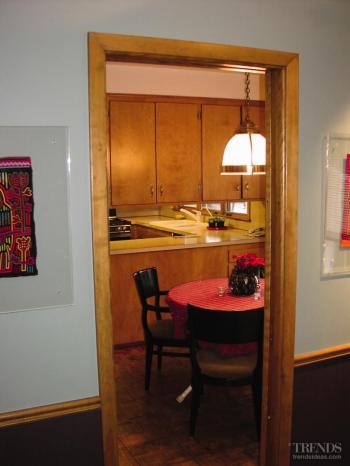 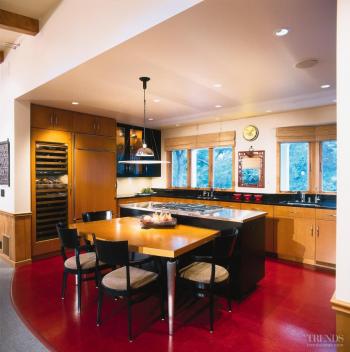 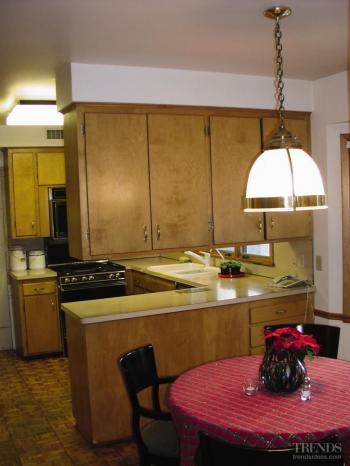 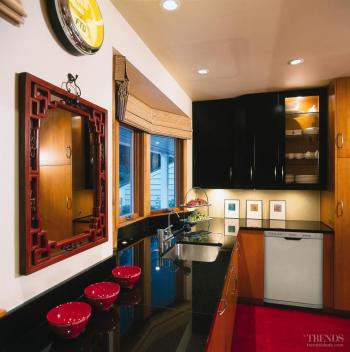 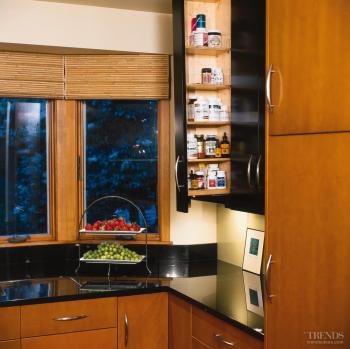 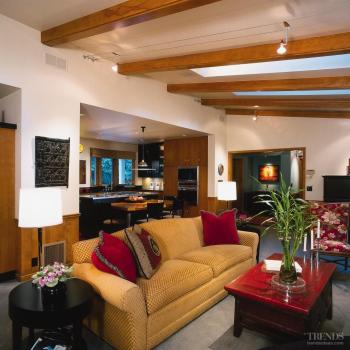 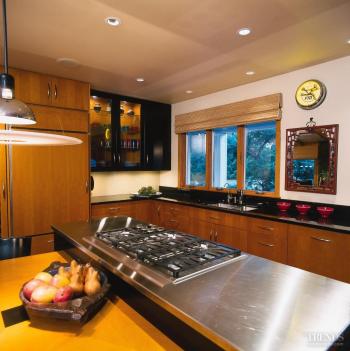 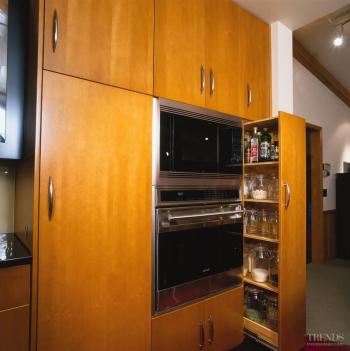 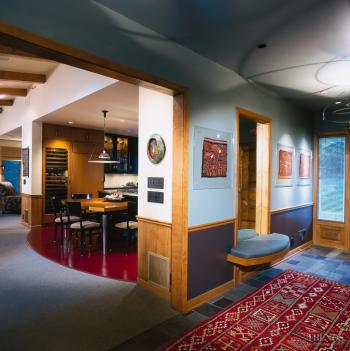 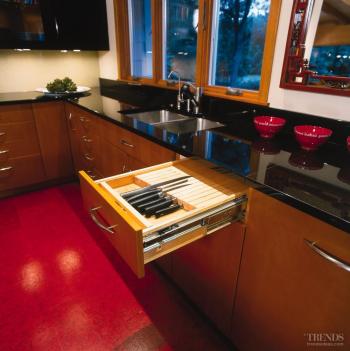 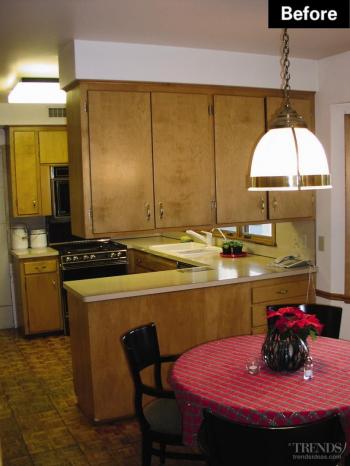 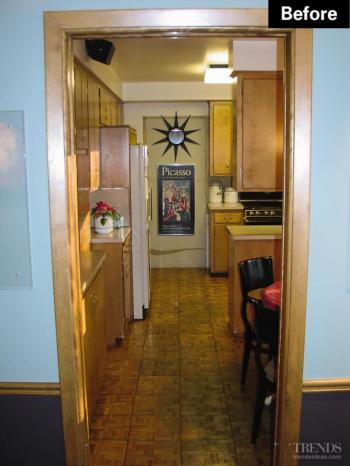 The resulting kitchen is large and U-shaped. The old eating area has been absorbed into the kitchen, and a table is now attached to the back of the island.

Changing the height of the old bay window allowed it to become a benchtop for two sinks, which are separated by the dishwasher and trash recycling unit. One sink is for the cook's use and the second is for activities, such as snack and coffee-making by other family members. By putting the appliances between the two sinks, they can be accessed easily from both positions.

For convenience, the most frequently used appliance – the cooktop – is centrally located on the island, while the refrigerator, small appliances and pantry are on the periphery, so they, too, can be accessed easily by everyone. In addition – so there's no need to walk far to get anything – items, such as spices, are on hand by the cooktop, where they're most often used.

Pappas has designed the cabinetry to look like an updated version of the original 1950s kitchen. Birch beams are a feature throughout the house, so the same material was chosen for the tall and base cabinets in the U-shape. The original slab-style doors were also repeated.

To break up the birch and provide an accent colour, the benchtops are black granite, the upper and island cabinets are lacquered in black, and red-stained cork is laid on the floor. Both red and black also appear as accent colours in the adjacent living area.

"Stainless steel appliances and sinks break up the sea of black tops. The colours make the space richer and more interesting, and they emphasise the connection with the living room," says the owner and designer.

"Cork is a soft surface that's easy to stand and walk on," she says.