More than 70 years after the last train left Auckland's CBD, the new Britomart Transport Centre has brought rail and a renewed vitality back to the city centre

In recent years, the revitalisation of inner city areas has been a priority for town planners in cities throughout the world – and Auckland is no exception.

The recent opening of the new Britomart Transport Centre marks the first stage in a redevelopment project initiated by the Auckland City Council, which plans to transform the inner city.

Greg McKeown, chairman of the council's transport committee says the project incorporates three core elements: the development of a transport centre, including an underground railway station; the refurbishment of adjoining heritage buildings, most notably the former Chief Post Office; and the urban renewal of the entire downtown precinct.

"Britomart is more than just a railway station – it's a transport, heritage and urban renewal project all rolled into one."

Bringing trains back into the city centre after more than 70 years will provide Aucklanders with greater mobility and a much-needed link with bus and ferry services, McKeown says. It also marks the first stage of a billion-dollar investment in rail that will see other developments further along the line, in existing commuter communities. 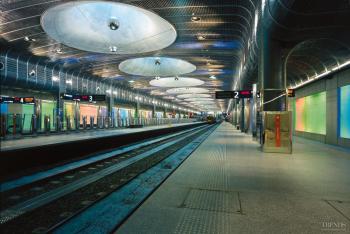 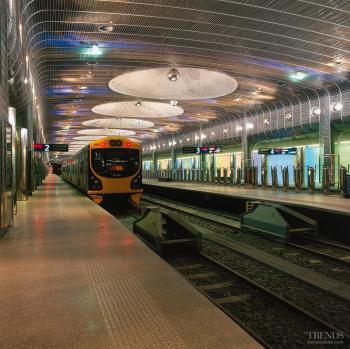 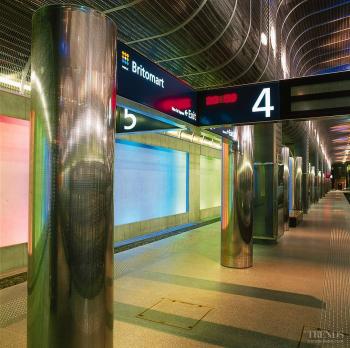 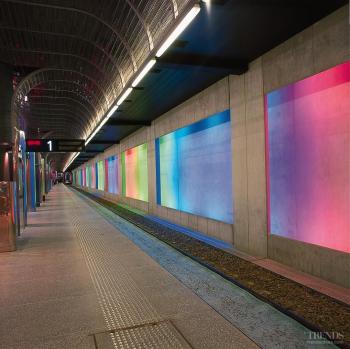 McKeown says the project, which is largely funded by the Auckland City Council and financially supported by Infrastructure Auckland, Transfund New Zealand and the Auckland Regional Council, also develops a theme for the downtown precinct that will determine future development in the area.

"For example, the historic value of many of the old buildings has been recognised in the formulation of new plans for the four hectare site surrounding the station. Key buildings will be limited to eight storeys so they won't dominate the heritage buildings on Quay and Customs Streets."

"Bringing retail, commercial and residential developments together will create a vibrant urban village that won't just close down at the end of the working day."

McKeown says the addition of retail premises on a pedestrian street above the station will add a high street feeling to the development, providing another incentive for people to visit the inner city.

"In 1955, Aucklanders took a total of 100 million trips by public transport each year. Today that figure is 45 million. The council aims to reclaim that 100 million figure by 2015 and the Britomart Transport Centre is the first significant step towards achieving this."