When a grand home opposite is of historic significance, it can be a lot for a renovation to live up to – luckily, respectful referencing is the sincerest form of flattery.

Set on the green slopes of Mt Eden, the recently renovated Omana Lodge now enjoys a connection with stately Florence Court directly across the road, says the owner.

"The residence was built in the 1940s for the Fletcher family, and designed by the architect Hendrick Culken. The same family had also been behind the earlier construction of Florence Court, built at the turn of the 20th century."

Omana Lodge was slender and tall, with a formal street appeal and a graceful spiral staircase near the entry. Unsympathetic renovations in the ‘70s and ‘90s had left their mark, but de Menefy wanted to reinvent the house for 21st-century living, retaining as many original features as possible.

"I asked Constable Hurst Architects to draw inspiration for the project from the staircase and curved architectural features on nearby homes, such as classic bay windows," the owner says. 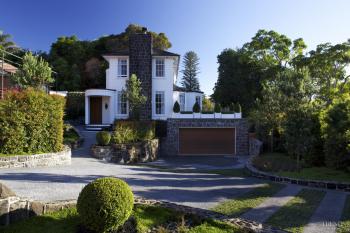 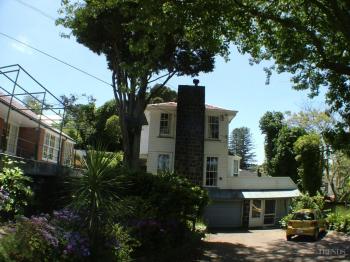 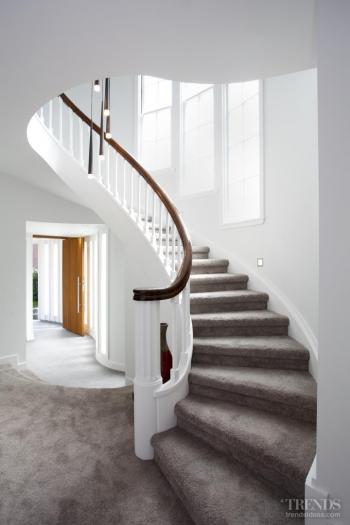 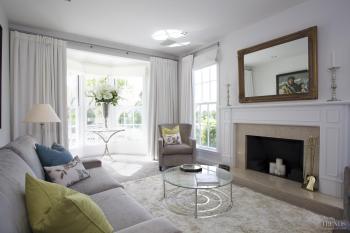 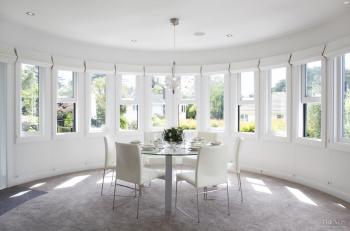 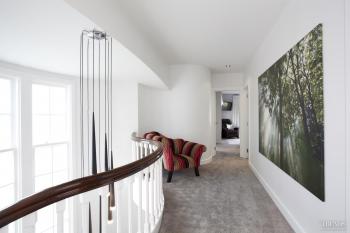 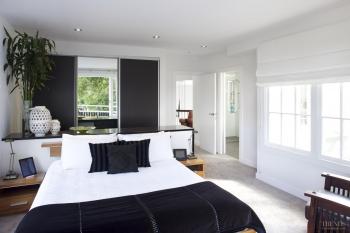 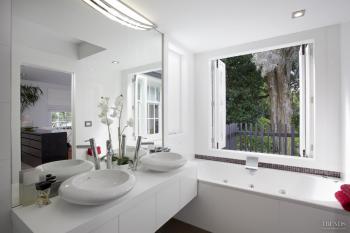 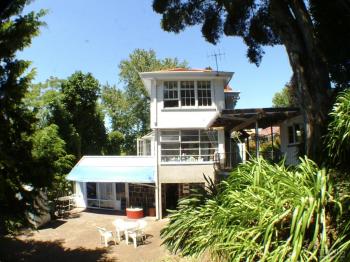 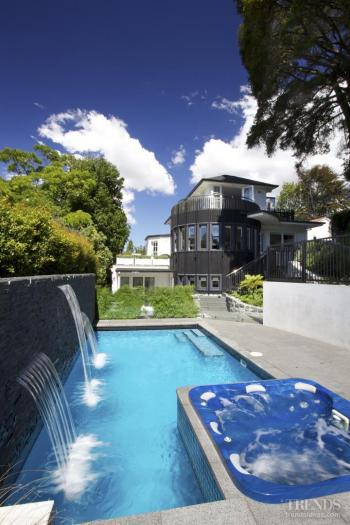 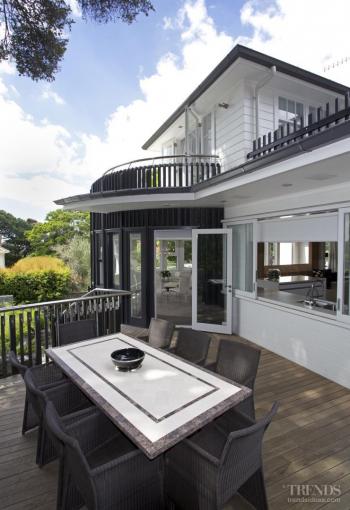 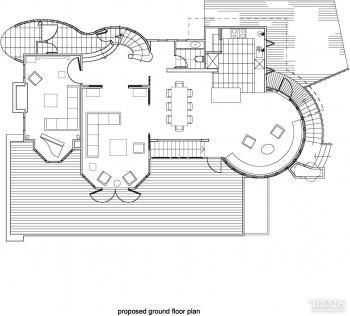 In response, the renovation added a circular, modern element to the rear and a cantilevered, oval entranceway at the front. A tired ground-floor flat was replaced by a two-car garage, a fourth bedroom and a media room fronting onto a new spa and pool, effectively creating a whole third level for the home.

The garage, clad in volcanic stone to match the chimney, and the ovoid entrance on the other side give the house balance and weight.

Interiors were stripped out and opened up, and an entertainer's kitchen added. The rear addition allowed for a large circular dining area overlooking the pool. Upstairs, bedrooms were reconsidered, making space for built-in wardrobes, a family bathroom and a private deck. And the house is now fully automated, with an iPad controller in every room.