While the history, character and exterior appearance of a traditional home may be very charming, its internal layout and features are often completely unsuited to a more modern lifestyle.

The large, gracious home featured on these pages was designed in 1924 by Gerald Jones, a well-respected architect of the day. Jones was renowned for designing Arts and Crafts houses and for his extreme attention to detail, says owner Bruce Blake.

"Proportionally the house was right. It was also extremely pretty, and inside it had beautiful detailing, like wall panelling, an ornate stairwell and even nine-carat gold leaf decoration on some of the scotias," says Blake.

However, with limited access to the garden, small, dark rooms, poor flow between living spaces, long, rambling hallways, dark stained wall panelling and one bathroom, the house no longer met the needs of the new owner.

Because the original ‘bones' were so good, architect Brent Hulena was commissioned to rescue the home and help restore it to its former glory, rather than pull it down altogether. 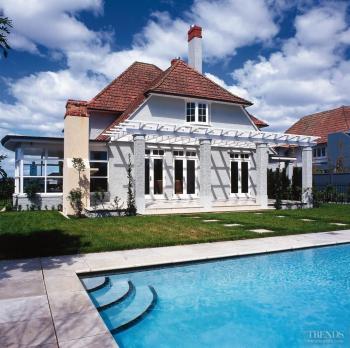 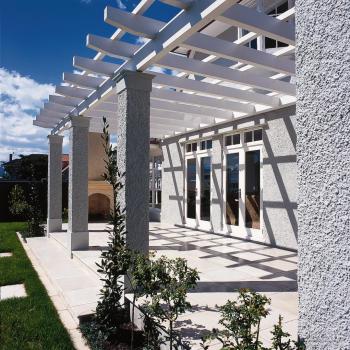 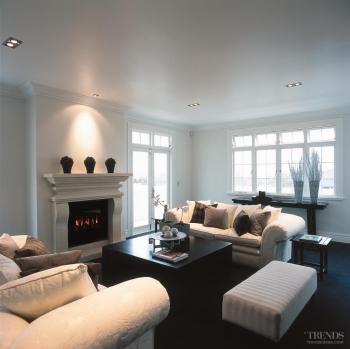 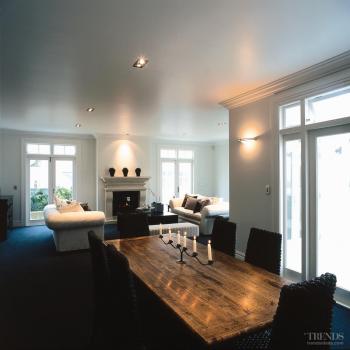 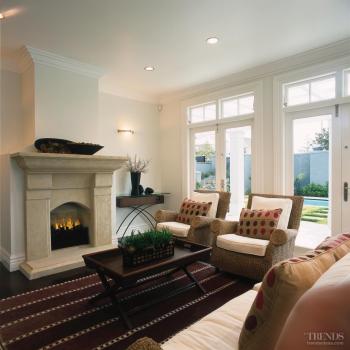 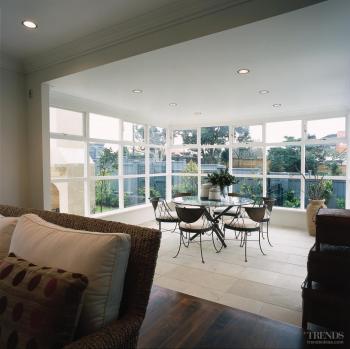 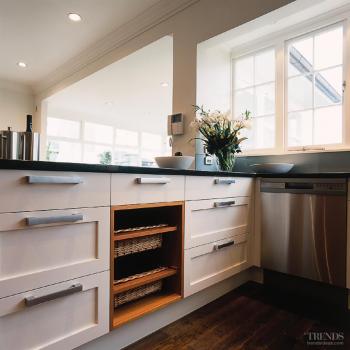 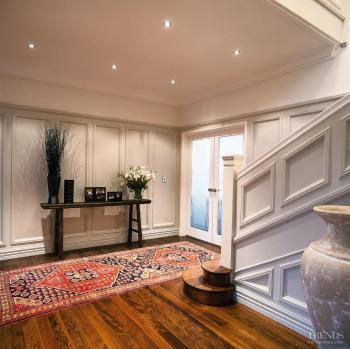 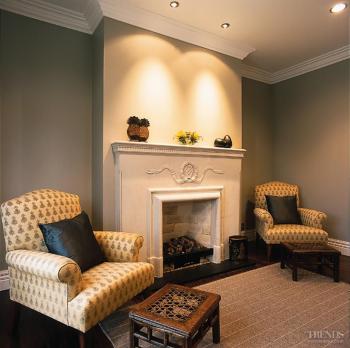 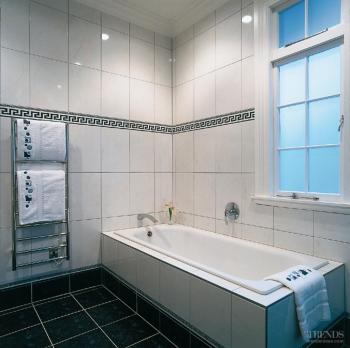 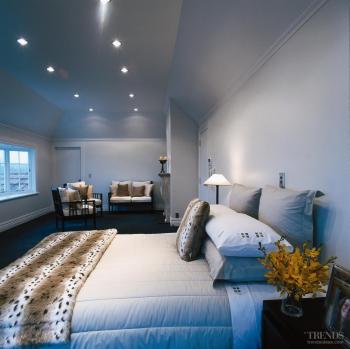 "It was a lovely old house, full of beautiful antiques, but it hadn't been touched for many years. The new owner wanted it to be modernised without losing its history in the process," Hulena says.

Part of the renovation involved structural repair work. Modernising the interior involved altering the layout considerably. Some walls were moved, others removed altogether. The functions of several spaces were also altered to suit a modern lifestyle.

"Tidying up the layout allowed us to get rid of the long, winding hallways, and by opening up several rooms, we were able to create more useable living spaces," he says.

"We dropped the level of the front lawn by 1.5m so you no longer have to step up to the lawn and pool. This also improved the connection between the house and the garden," he says.

The old garage was at the rear of the property, beneath the house. This area was excavated more fully to create garaging for four cars and additional storage space. An internal staircase was also added.

Internally, the house has been substantially modernised, but without losing the original historic references.

All detailing, such as panelling, arches, scotias and skirtings have been kept or, where this was not practical, replaced by trim with similar proportions and in a style that complements the architecture of the house.

The hallways and staircase were originally lined with dark-stained timber panelling, which made the interior appear gloomy. As the panelling was an important part of the original character of the house, the architect and owner decided to retain it and paint it white.

"The white-painted panelling not only helped to lighten up a dark, gloomy hallway, but it also made the area seem much brighter and more spacious. The panelling had the additional advantage of reflecting borrowed light into the stairwell in the centre of the house," says Hulena.

Altering the layout included pulling the main entrance towards the front from its previous location tucked around one side of the house. This made more of a feature of the entry and helped to improve the internal flow around the house. The new front lobby was lined with panelling to match the rest of the house.

"Painting the old timber panelling made it look crisp and fresh, and because the grooves now stand out, it takes on a textured look," says Hulena.

Large, plastered fireplaces to suit the scale of the modern, yet classic look of the home were added to family areas. Existing fireplaces in formal rooms were plastered to match.

Neutral-toned tiles and timber floors, scattered with rugs on the floors all through the ground level, informal, living areas were also part of the modernisation process.

"In the kitchen, flat-panelled, white-painted doors and drawers provide a contemporary interpretation on a classic look for the cabinetry, especially when combined with stainless steel appliances and granite benchtops," he says.

The kitchen, which had been a separate room at the back of the house, was moved to the front so it could become part of the large open-plan family living area adjacent to the terrace and pool.

"We were renovating the house to suit a family, so moving the kitchen means the pool can now be overseen from the kitchen and family living spaces," Hulena says.

Moving the kitchen also helps to connect it to the conservatory located on the eastern side of the house.

"This had been a sort of folly, but now it is close to the kitchen, it forms a sunny, breakfast area. We have also added doors to the conservatory so it now opens onto the garden," says the architect.

An enormous master bedroom with its own fireplace was retained. Dressing rooms and an ensuite were built into the roof space.