Repurposing an under-utilised area of a noted hotel as an upmarket retail mall presents more than one advantage. Benefits include a high-profile, familiar location, and an association with the glamour and chic of an international hotel.

The gleaming, four-level Mandarin Gallery on Singapore's Orchard Road is a reinvention of the entry podium of the former Mandarin Hotel. Developed by Overseas Union Enterprise (OUE) and designed by DP Architects, Mandarin Gallery stands apart in a city that abounds with covered shopping precincts.

"Mandarin Gallery gains though its proximity to the long-established hotel and, on top of that, from its prime inner-city location – an extended 152m frontage along Orchard Road."

The shopping centre design exploits this valuable connection. A realignment of access ways by DP Architects meant flagship shops could open directly onto Orchard Road. This move also allowed for the construction of a grand sky-lit lobby for the hotel. 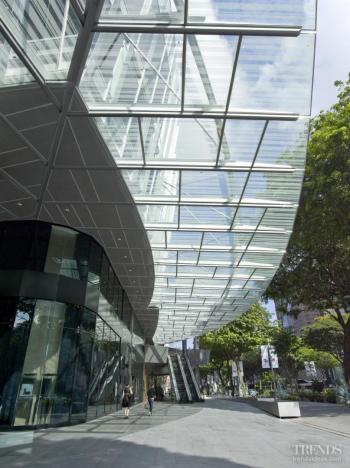 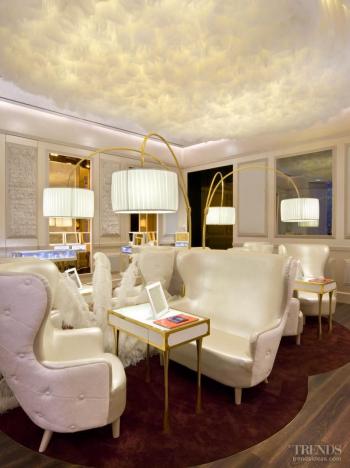 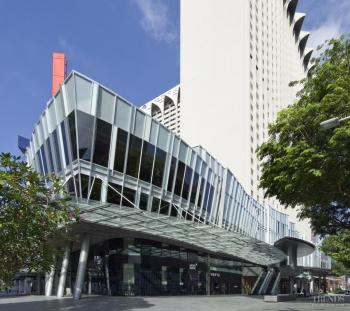 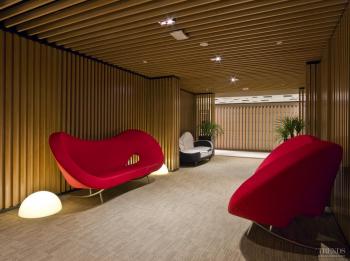 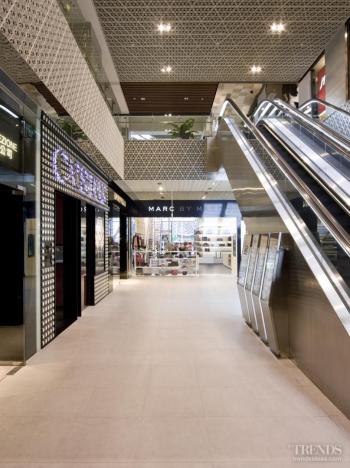 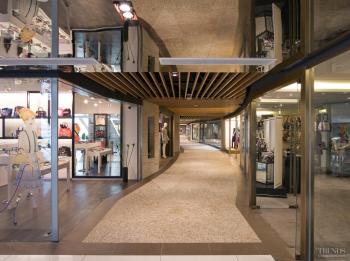 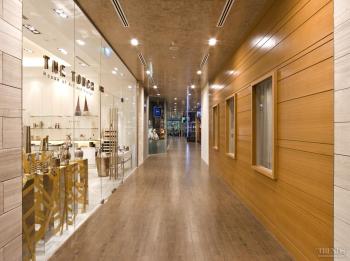 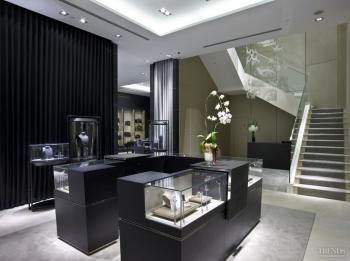 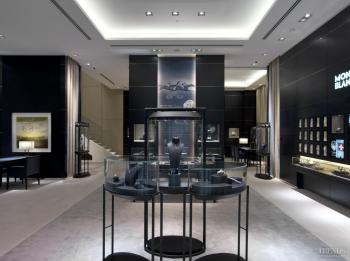 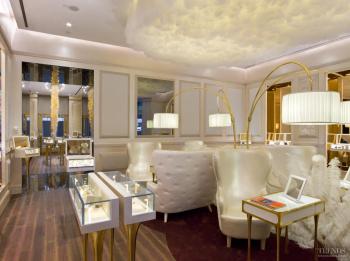 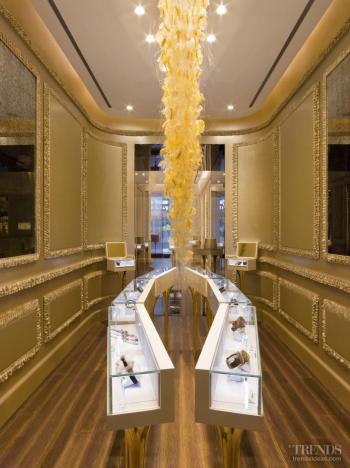 Mandarin Gallery was designed by DP Architects, with interior design by Aim Create, to have the visual delicacy of a modern Japanese teahouse. The Orchard Road frontage comprises a broad, covered pedestrian walkway and a curvaceous flow of six 8m-high duplex shop fronts showcasing global retail brands, ranging from Boss Orange to Mauboussin and Emporio Armani.

Project architect Paul Appasamy says in a retrofit of this nature, the facade is the main opportunity for dynamic design expression – the facade, articulated by feature fins, light boxes and flying edges, has been carefully calibrated to bring urban character to the interface between the building and Orchard Road.

"In addition, a curvilinear circulation loop allows for a sequential reveal of each shop front, adding an element of discovery to the shopping experience," says Appasamy. "The building's columns are placed to create a sense of forward movement."

Pedestrians enter directly from the duplex shop fronts, or are guided from Orchard Road up to the Mandarin Gallery's second level via escalators. Behind the curtain-wall facade there is nearly 18,000m2 of retail floorspace, accommodating a total of 103 shops, to greet them.

"Faced with the constraints of retaining levels two and three of the existing structure, a hierarchy of design styles was adhered to over the four levels of the centre," says Appasamy. "This was to make good use of intimate low ceiling heights that in some areas are augmented by introduced open suspended ceilings."

A sleek, refined decor in Mandarin Gallery's ground and first floors reflects the luxury brands on display here. The second floor has a lighter and edgier feel, with wooden trellises overhead and chic pebble floors, and is home to electronics, lifestyle and fashion stores. Interior finishes on the top floor are warmer – reminiscent of a domestic residence – with wood floors, timber surface veneers and paintings hanging on the walls. This level features home-related retail stores and food and beverage establishments.

Together with the expansive, signature facade, the international brand names are a central part of Mandarin Gallery's attraction. The restrained Montblanc store provides a glittering example.

A subtle colour palette, reflecting Montblanc's brand, and recessed ceilings that accentuate the height of the boutique provide a backdrop for individual product settings, dedicated to writing instruments, watches, jewellery and leather wear.

The eye is soon drawn to a feature of the space – a 4m chandelier made from over 600,000 Swarovski crystals carved into individually curved glass panels, each spelling out the word Montblanc. This is suspended through the stairwell that leads to the upper level of the duplex and on to the VIP room. The dramatic art piece was made in Germany and is one of only two in the world specially created for the brand – the other dazzles Parisians in the French capital's Montblanc boutique.

Spokesperson for Montblanc, Alena Kok, says the Mandarin Gallery shop fit-out, with its sense of heightened space, is intended to create an inviting retail environment that offers a cultural experience as well as presenting exquisite product ranges.

"For example, enclaves within the boutique are given over to exhibiting artists from the Montblanc Young Artist World Patronage awardees."

The artwork with the horse race at the entrance of the boutique pays tribute to Nicolas Rieussec's 1822 invention of the world's original chronograph, which inspired the first mechanical movement manufactured in Montblanc's own workshops in Le Locle.

One of the most exotic enticements for those who wander along Orchard Road is the exuberant fit-out of the Mauboussin retail boutique. In a progression of rooms designed to create a sense of discovery, the vibrant purple of the first, circular space draws the eye from the street, says the architect who designed the space, Regis Pean of omni//form.

"The central room has the look of a French salon, with an emphasis on surprising textures," says Pean. "It features four comfortable seating areas with oversized, tufted French-style sofas and chairs, separated by large fans of ostrich feathers.

"A cloud-like dropped ceiling made from tufted white tulle fabric contributes to a private and comfortable atmosphere for customers to view jewellery."

Several elements of the fit-out play with expectations. The wall panels in the boutique are outlined in lace and the panels themselves are fronted in white feathers, satins and pearl leathers.

The final room in the Mauboussin experience is all in gold with ruffled satin mouldings and leather panelling.

"Individual displays are designed as treasure chests waiting to be opened," says Pean. "The same sense of wonderment a child experiences in tales of magical treasure troves is translated into the pleasure of shopping in this refined, unexpected environment."

In a sense this joy of uncovering and exploring rare treasures is emblematic of the entire Mandarin Gallery – a giant jewellery box waiting to be explored.