Parks, promenades, cafés and retail stores are revitalising waterfront precincts in many cities, but the architect behind the Marina Bay Sands development in Singapore didn't want to stop there. In fact Moshe Safdie literally looked offshore for inspiration.

"I felt it was important to maximise the waterfront experience," he says. "Even with new retail stores opening up to the promenade right along the bay, I felt there needed to be something more, an additional drawcard."

Safdie's solution was to introduce two floating islands several metres offshore. The design of these structures posed several challenges, however. Not least was the need to come up with a design that would stand on its own alongside two other feats of architecture and engineering by Safdie Architects at Marina Bay Sands – the SkyPark and the ArtScience Museum. The SkyPark, 200m above the bay, spans the resort's three hotel towers, cantilevering approximately 65 metres. The ArtScience Museum is equally dramatic, comprising a curvilinear building with 10 extending finger-like structures.

Safdie contrasted the curves and solidity of these buildings with two light, transparent glass volumes.

"Once I had come up with the name ‘crystal pavilion' the whole concept fell into place," the architect says. "I envisaged each island as a highly transparent, crystalline form – a magical place in the middle of the water. People would enter via a tunnel and pop up in the middle of the bay." 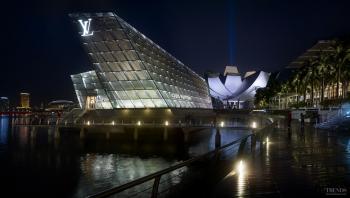 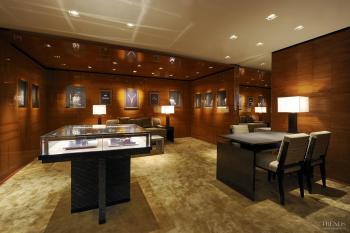 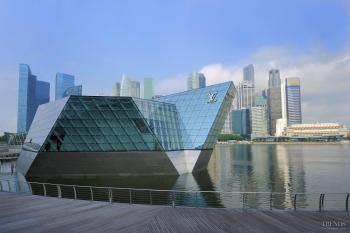 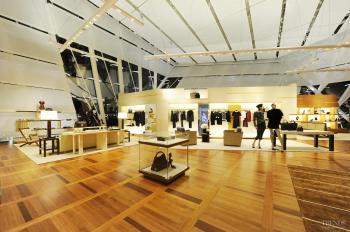 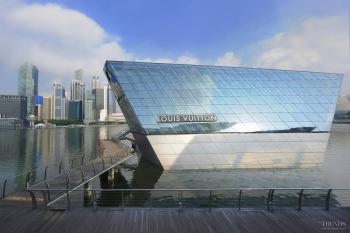 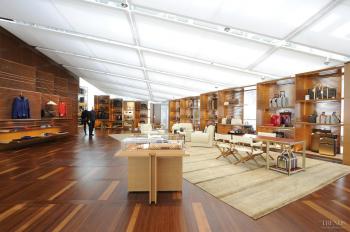 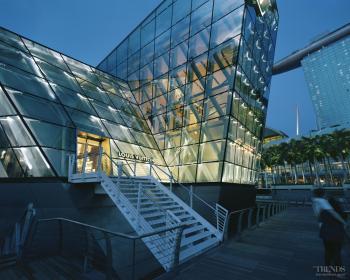 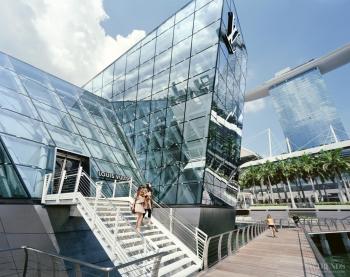 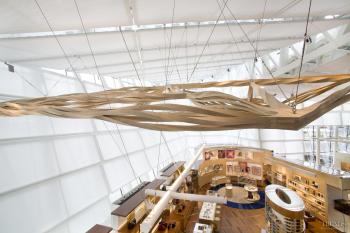 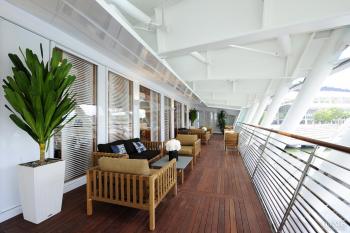 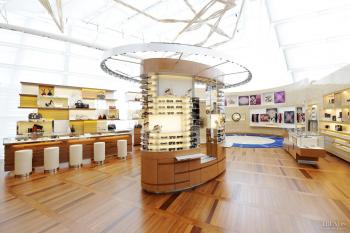 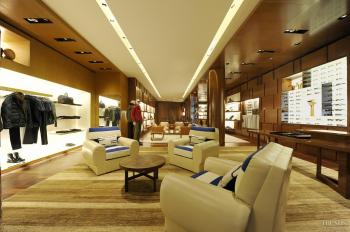 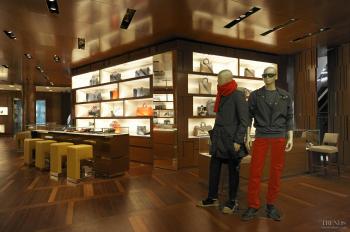 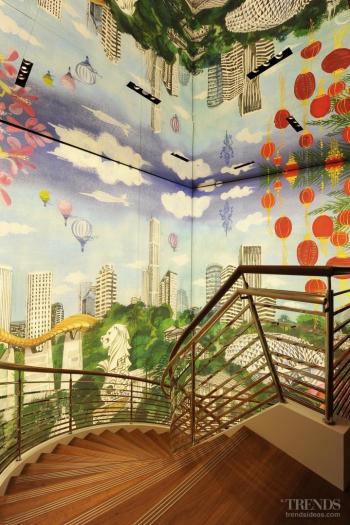 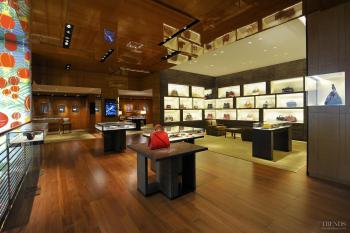 Although both pavilions were originally planned as entertainment venues, one was snapped up by Louis Vuitton. The company could see a strong synergy with its brand and welcomed the opportunity to develop its own Louis Vuitton Island Maison, which helped determine the final design.

To maintain the sense of a crystalline form and to provide uninterrupted retail floor space, the building was engineered with a column-free interior.

"This meant the skin had to be strong enough to support the entire building – overlapping triangular-shaped structural steel trusses and cables help to stabilise and stiffen the structure," says Safdie. "They have the added advantage of giving the interior a nautical look, a theme that was further developed by interior architect Peter Marino."

To minimise the extremes of the tropical climate, the building features high-performance glass, with the roof comprised of alternating glass and metal panels. Safdie says using clear glass – his preference – compounded the challenge of keeping the sun at bay, but was essential to maintain the transparency of the structure. The base of the building is clad in stainless steel above the low-tide water line.

For fire egress, a delicate bridge element links the boat jetty to the mainland. There are also fire egress routes within the underwater tunnel.

Not surprisingly, Peter Marino says the main challenge in designing the interior was managing the large amount of daylight streaming in.

This was solved by introducing interior shades, which also help to soften the interior, allowing the products to be the main focus, rather than the exposed structural elements. Somewhat translucent and designed to loosely evoke yacht sails, the shades allow diffuse sunlight to enter, while protecting the interior from harsh sunlight. Yet they still enable people to enjoy views across the bay to important landmarks on the Singapore skyline.

Unlike other Louis Vuitton stores, the showrooms in this store are positioned around the core of the building, creating a promenade around the perimeter that enables shoppers to look out. At night, the windows create a glowing lantern-like light, which is reflected on the water.

Marino's interior design introduces a series of nautically inspired spaces based on traditional seafaring materials, including polished teak – most commonly found on yachts and launches – and stone, such as that seen on harbour walls and slipways.

Louis Vuitton Asia-Pacific says these spaces invite visitors to become explorers themselves as they embark on their own journey discovering the store's multiple facets and treasures.

The company says the design pays homage to the traveller and the spirit of the sea. The entire island represents the ultimate embodiment of the sea-faring aesthetic and evokes Louis Vuitton's associations; not only with the golden age of ocean travel, but also with prestigious international sailing competitions, notably the Louis Vuitton Cup and the America's Cup.

Teak wood features extensively in the Mens Universe and Women's Universe retail areas, and the soaring ceiling has suspended light fixtures that are reminiscent of the masts of sailing ships.

The mezzanine level, devoted to travel, includes a private lounge for intimate presentations. This was designed to evoke the interior of a private cabin on an ocean liner, complete with wood panelling, bulkhead-style soffits and expansive ocean views. An outdoor loggia with a nautical railing, which is reminiscent of the deck of a luxury yacht or ocean liner, is an extension of this room.

Art and cultural elements are also an integral part of the Louis Vuitton Island Maison. The space features a permanent installation by British artist Richard Deacon. His suspended sculpture on the main floor, titled Upper Strut, was inspired by the surface of the water.

The maison also exhibits a large artwork by Cuban-born illustrator Ruben Toledo. This cityscape painting is displayed beside the spiral staircase linking the Watch and Jewellery Universe and bookstore. A mirrored ceiling above the stairwell enhances the decorative effect.