Boasting a contemporary profile and transparent, engaging aesthetic, the reinvented Grant Thornton House opens up to shoppers at street level

Historically, Wellington grew up as a city of public servants, not shoppers, and impersonal streets were home to grey suits and little else. Decades on, the capital has a pedestrian life to rival New York – bustling, vivacious, and ready to spend.

To further this trend, the Wellington City Council (WCC) has designated some thoroughfares in the capital as premier, as noted in the WCC Public Space Design Manual: "Premier streets are the spine of the central city network. They carry a high pedestrian volume, with comparatively low traffic movement. The interface on these streets tends to be characterised by small unit, ground-floor shops." Lambton Quay, the golden mile of Wellington retail, is one such premier street named in the document.

Taking a key position on the corner of Lambton Quay and Featherston St, the existing ANZ Podium and Tower was a purpose-built banking head office designed in the '80s. However, despite its location, the building added little but mirrored glass and a toilet hub to the heart of the CBD.

A transformation of this landmark building, renamed Grant Thornton House, has made the tower's 13 floors of office space more accessible, and so more attractive, to tenants. It has also brought the podium to life from the ground up. 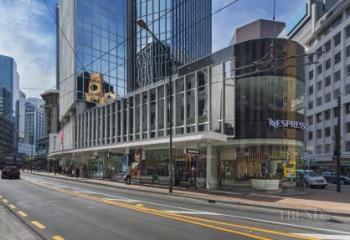 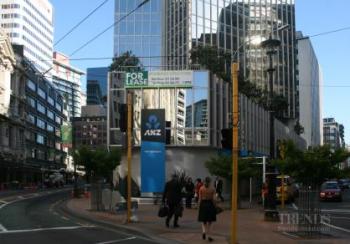 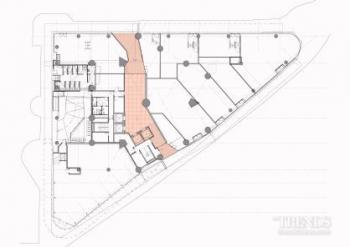 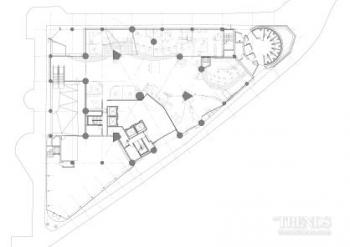 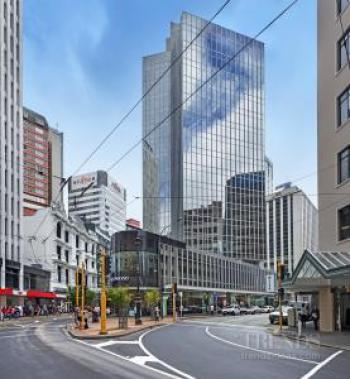 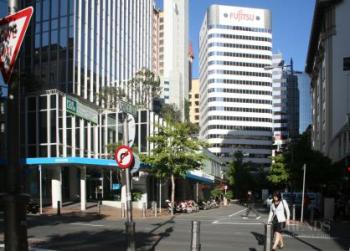 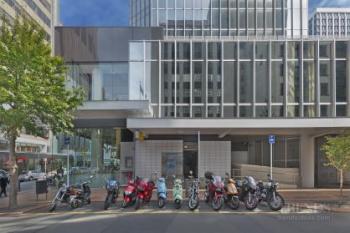 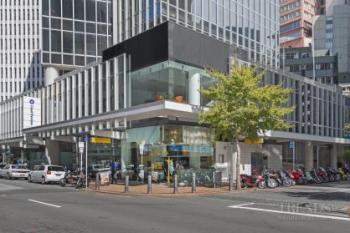 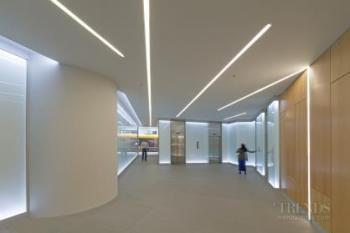 "We created a new office entry from Featherston St, replacing the old corner entrance with one halfway along the building. The relocation made this access more prominent, which was part of the brief from the building owner, Willis Bond & Co.

"The new doorway connects through to the Lambton Quay entrance, establishing a spacious, light pedestrian cross-link between the two. This facilitates movement through the building, and provides improved access into the tower lobby, also upgraded, and the tower itself."

The open lobby, at the heart of the cross-link, features a panelised system of full height, stainless steel, American oak timber and frosted backlit glass walls, with slender angled lines of niche lighting. These play across the ceiling and down the walls, echoing the dog-leg shape of the foyer, and the newly introduced ‘folded' exterior signage.

New frameless clear glazed shopfronts at street level are the maximum height possible, and the removal of the out-of-date mirror glass allows effective daylight penetration to the majority of the floorplate. There are nine tenancies in all, spread around all three sides of the block at ground level, with the existing renovated offices above.

"The podium's upper-level facade, composed of steel transoms and mirror glass, was retained in the redesign," says Drummond. "However, we sought to create a distinction between this heavy aesthetic and the inviting new boutique shop frontages introduced below. To achieve this, a new horizontal canopy draws a line between the two different treatments – as if between two time frames – and this runs right around the building."

Providing high visibility to the tower's entry points on both Lambton Quay and Featherston St, the canopy turns up 90° at these junctures. These upright canopy elements also help break up the horizontality of the streetscape, says Drummond.

These folded elements sit just clear of the level one facade. At the same time, the canopy maintains pedestrian weather protection with a continuous cantilevered glass lid that connects to the existing facade.

"Perhaps the most dramatic structural work undertaken was the twin two-storey corner frameless glass extensions, one at the corner of Grey and Featherston Streets and the other at the Lambton Quay bullnose, previously home to the toilet hub," says the architect.

Designed to meet the current code loading and extend the transparent vernacular of the reworked ground-floor facade, these elements are underpinned by new lightweight steel support structures.

"In another liberating move, the rounded public toilet block on the prominent Lambton Quay corner was relocated to the corner of Grey St, on the shortest side of the triangular block, downplaying its presence," says Drummond.

The quieter Grey St is classed by the WCC manual as a ‘Special Street and Shared Space', so this amenity was appropriate here. The demolition and relocation of the existing block, in a highly populated retail precinct and bus route with myriad trolley wires, required careful consideration of noise, dust and health and safety issues, including heavy machinery access to the site.

"The new pedestrian cross-link through the building, the full-height, clear-glass frontages and the banishment of an unsightly amenity together give this key building a presence that, rather than reflecting back at you, invites you in," says Drummond.