Ghosts in the attic

Ghosts in the attic Discover this article's resources 0

There's a surprising amount of space in the attic of an old house, but the sloping roof lines can mean it's not particularly easy to utilize.

Architect Olle Lundberg was offered the challenge of converting the attic of an old Victorian house into a master suite.

"We started by gutting the whole attic to find out what space was available. Once the original roof lines were uncovered, the flamboyant shapes of the room became visible," says Lundberg.

"It quickly became clear that the quirky and irrational roof lines we had discovered should be celebrated, rather than hidden away. Our object then became to keep the character of the attic and preserve the sense of drama we had uncovered."

At its highest point the attic roof vaults to an apex of about 15ft, then slopes steeply away to within a few feet of the floor level. The whole area needed structural strengthening, and to avoid spoiling the space with cross-bracing, steel beams were inserted along existing wood beams. Interior surfaces – walls and the underside of the roofs – were plastered. 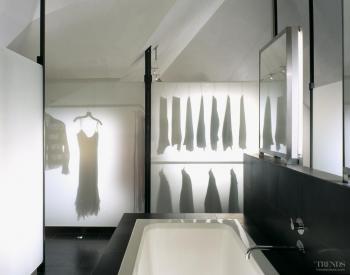 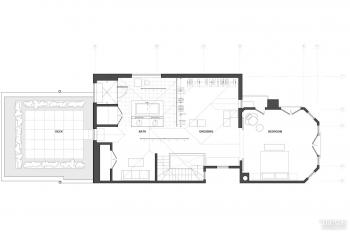 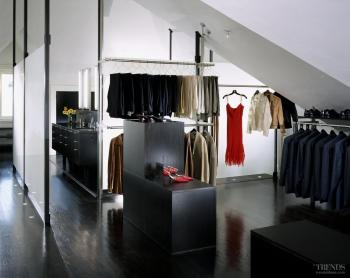 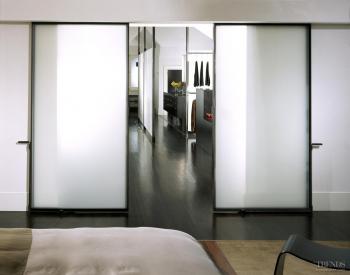 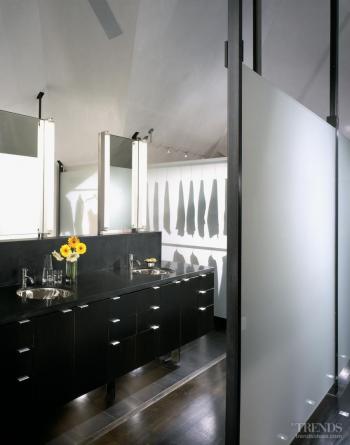 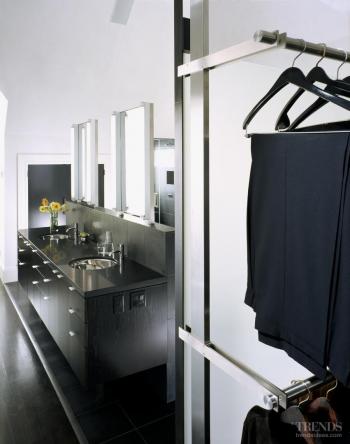 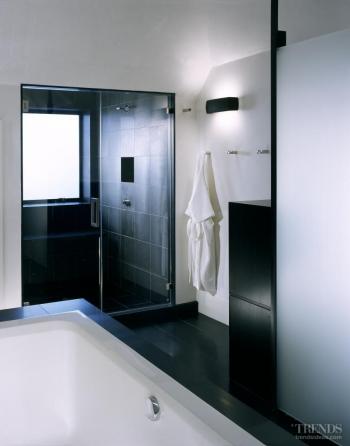 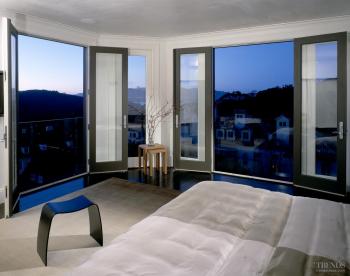 "Our next decision was how to divide the space without losing the effect of the ceilings or a sense of the volume of the space," says Lundberg.

Translucent panels subtly divide the attic into a bathroom and closet, while still allowing light to flow through the whole area and connect the spaces visually.

None of the panels touch the ceiling or floor. Rather, each one appears to float between the two, supported on thin, flat, vertical steel bars.

To create a simple background for the space, the color scheme is black and white, with brighter accents provided by clothing and other objects. The oak floor and bathroom cabinetry are stained black and countertops are made from honed, non-reflective black granite. Mirrors and stainless steel hardware, along with the translucent panels, bathtub and walls in white, complete the monochromatic look.

Lighting adds a dramatic element to the master suite, with ghostly images of clothing hanging in the closet visible through the translucent panels, lit from below by fiber-optic lamps. This enhances the spaciousness of the master suite, while altering the settings of lights in the closet can change the mood in the bathroom. Mirrors in the bathroom have additional lighting for brighter illumination.