Forging a connection between the indoors and outdoors is a priority for most new homes today. But the design team behind this new Georgian house took the idea a step further, bringing the garden into the house.

The house is focused on a garden which is enclosed by walls and trees, says architect Anne Adams of Stuart Silk Architects.

"They wanted to carry the garden motif inside. This influenced the design and colours of the master suite."

One of the most noticeable features is a floral tile pattern on the bathroom floor, designed by interior designer Kylee Shintaffer. Swirling stems, sprigs and dragonflies are created by different coloured mosaic tiles, including Calacatta Gold, onyx and other marble types.

The tiled pattern encircles a large round tub, which forms the focal point. 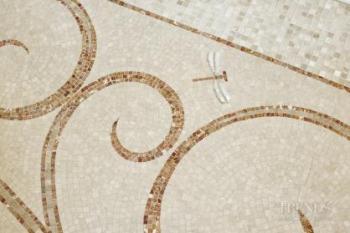 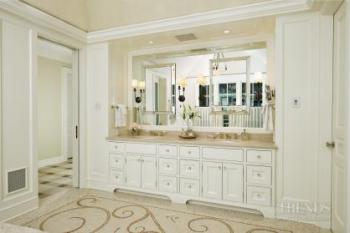 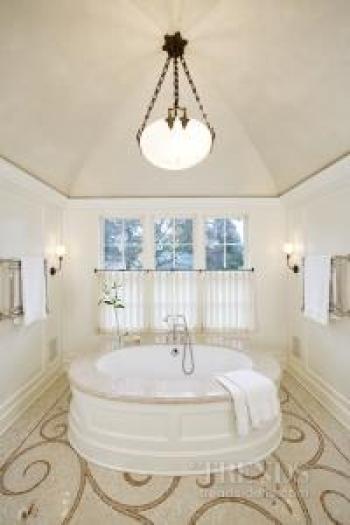 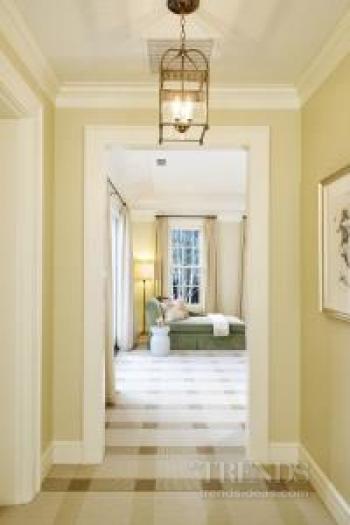 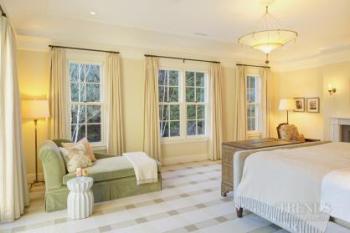 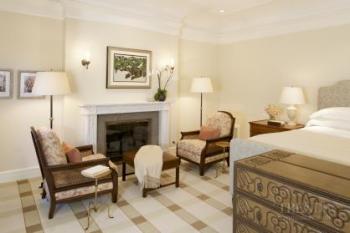 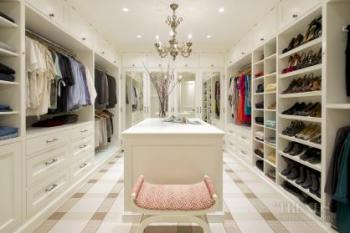 "The tub is tucked beside the windows in its own niche," says Adams. "With panelling wrapping around the walls on three sides, it feels enclosed and protected."

The visual drama is reinforced by the vaulted ceiling that soars to a point above the tub, and by a large pendant light.

"It's a very glamorous look, enhanced by traditional hardware on the cabinets, which includes crystal knobs," says Adams.

A furniture-style vanity cabinet and framed mirrors mounted on a mirrored wall are another traditional note.

"The wall mirror is large enough to reflect the view of the garden and the trees, yet the smaller framed mirrors retain a traditional scale and define the his-and-hers sinks."

Two toilet rooms are provided, one to the right of the vanity, and one off the passageway leading to the bedroom.

There is also an extra-large walk-in closet, which has similar painted cabinets with recessed panel doors.