From the architect Architects EAT
Photography by James Coombe

Fitzroy Loft is located inside the 125 year-old MacRobertson Chocolate Factory in Fitzroy, which was adapted for mostly residential use in the early 90s. With original concrete floor and sawtooth roof structure, the space that our project occupies is a strata title on the first floor, with its own entry door at street level.

We approached the conversion mindful of its context and historical significance. Keeping the integrity of the original factory bones was vital. Walls and floors that were built in more recent years where torn down to expose charred beams and remnant paint – scars of its past. These were left untouched.

Within this, the architectural strategy was to devise a series of spaces linked by three internal voids: these not only allowed us to emphasise the original factory heights, but more importantly let light and air deep inside, allowing it to breathe.

The first void is the courtyard. Enclosed by the northern boundary wall and terminated at the ridge of the first gable, it is directly connected to the main living room and kitchen; the homes own “Aussie Backyard”. 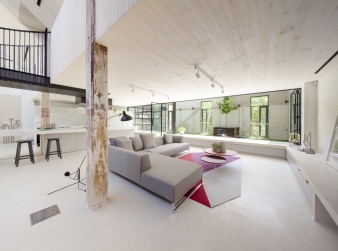 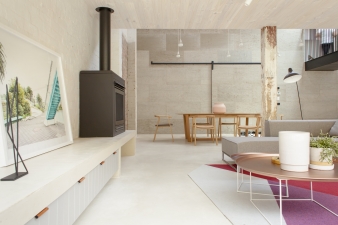 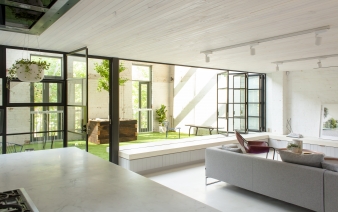 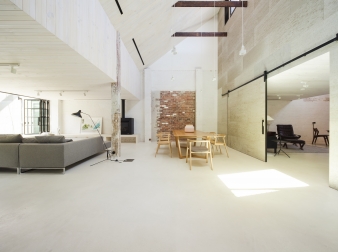 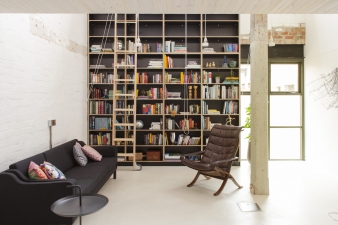 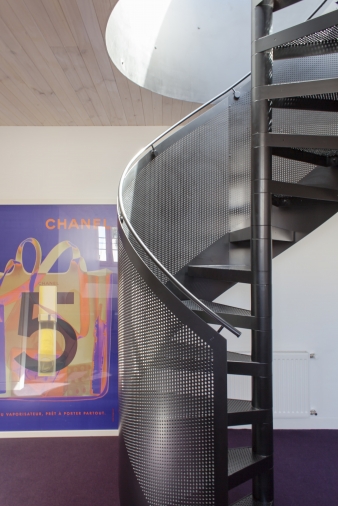 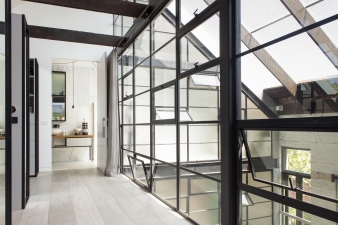 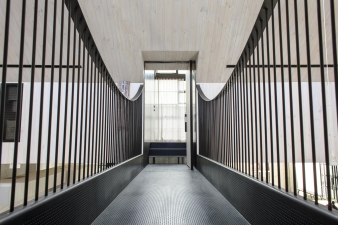 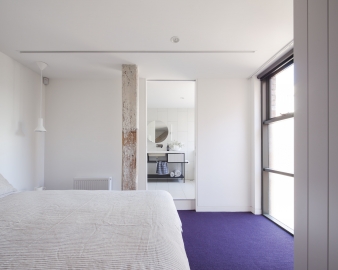 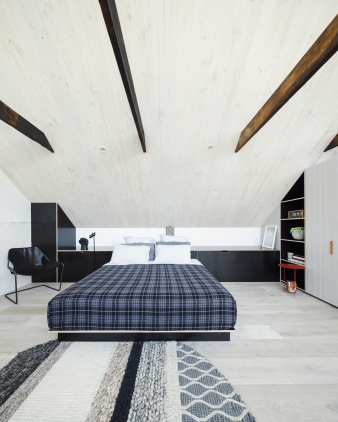 In place of the roof we removed to create the open air garden, a fine galvanised expanded mesh is used on top of the existing roof joists, minimising disruption to the original façade and maintaining consistency in view from the public domain.

The second void is located as a zoning device, separating the living spaces from the private zones. A suspended steel bridge is used to link the upper spaces, its perforated floor further hints at its lightness.

Louvre windows placed at the top of the sawtooth, allow hot air to escape in summer months by way of cross ventilation.

The third void is placed in the library, displaying the original timber column and beam, and allowing the soft southern ambient light to touch the library and the mezzanine study above.

Steel structure and fenestrations are used throughout the new insertions so as to distinguish them from their original timber counterpart. Whereas the joinery finishes are chosen for the slight industrial lineage to the historic fabric.