From all angles – new kitchen by Von Sturmer's

Even within the space of a decade a kitchen can become tired and dated, and in need of a total remodel.

The original kitchen in this penthouse was a typical example, says designer Leonie von Sturmer.

"It had a very closed-in feeling, which was not helped by dark muddy tones on the walls. The passageways and rooms are not overly wide and the apartment couldn't take the colour, or the dark timber cabinets. The entire space needed to be lightened and opened up."

The designer says the owners also wanted a much more functional kitchen, and it was important that the design take into account traditional Indian vastu shastra and Chinese feng shui principles.

"The position of the key work stations was determined by both the traditional design philosophies and the need to work with fixed services," says Von Sturmer. 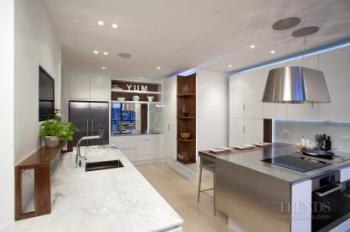 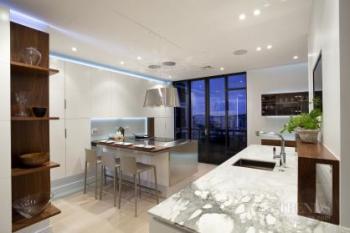 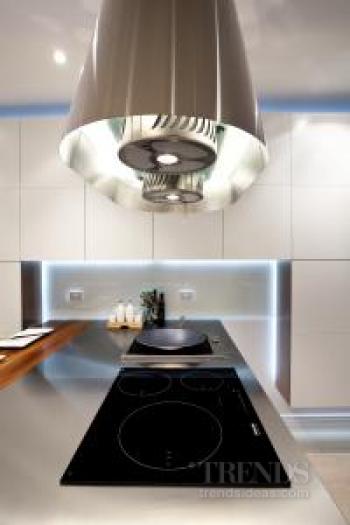 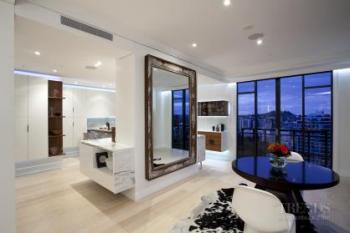 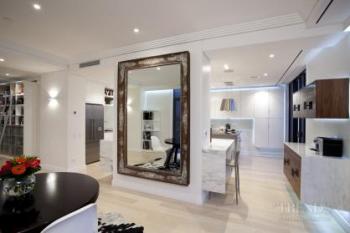 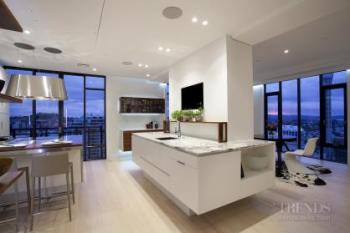 "Right from the start it was clear we needed to open up the room, so we removed walls and a narrow door between the kitchen and dining area. This left a central column concealing mechanical services, which provided a base from which to cantilever a large island. This became the food preparation area – the island houses a dishwasher, small sink bins and wine refrigerator."

The island also provides a laptop work area, and there is space for a television flush in the wall above the benchtop.

The cooking centre is contained within a stainless steel peninsula that allows the cook to face east as required by tradition. One side of the peninsula features a walnut bar top that provides a casual dining area. The chef can also access a bank of lacquered storage cabinets.

The warm richness of the walnut veneer is juxtaposed with matt off-white lacquer to give definition to an otherwise understated colour scheme, says one of the owners.

"We teamed these surfaces with marble benchtops, which are a preferred vastu material for kitchens. Although marble is not as hard wearing as granite or Corian and has a porous nature, the aesthetics and purity of this material made it a clear choice."

Another work area is provided on the east side of the kitchen – this is the wet area, which features a large sink and a mirrored splashback that reflects light and the view opposite.

A fourth area is the tea area in the southwest corner of the kitchen, where the heaviest items are placed traditionally. A cantilevered walnut, white marble and glass cabinet anchors this area, and creates a functional, eye-catching work station.