Not many schools get the opportunity to start again from scratch, but an expanding roll required such a move for this state-integrated school.

Jasmax was contracted by Elim Christian College in Auckland to design a new school on a site previously owned by the Ministry of Education. Architect Roy Blok says the school is being built in stages, and will eventually accommodate students of all ages. The first stage, however, was the design and construction of classrooms and facilities for the junior campus.

"Elim had seen other recent school projects by Jasmax, including the Albany Senior High School, and liked the idea of flexible, open-plan learning spaces," Blok says. "This was an important aspect of the design, as it was the only way to accommodate a potential roll of 850 students in single-storey buildings."

To maximise the site, the design team positioned a ring of colonnaded classrooms and a multi-purpose hall around the perimeter of the site and added a row of four coloured cube-like classrooms in an east-west configuration through the centre.

Blok says the team took a cue from the origins of the word Elim, which is a biblical reference to a place in the desert near the Red Sea. 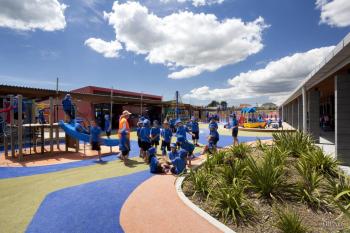 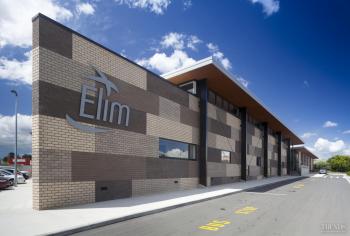 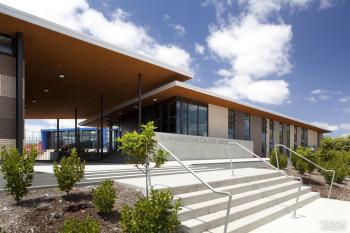 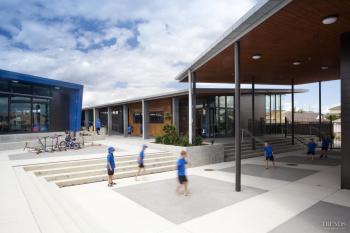 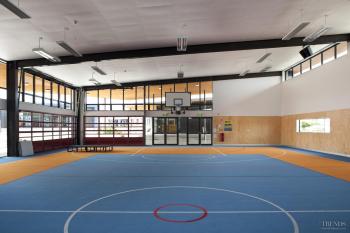 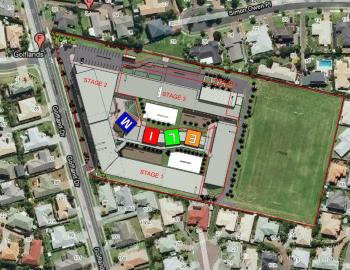 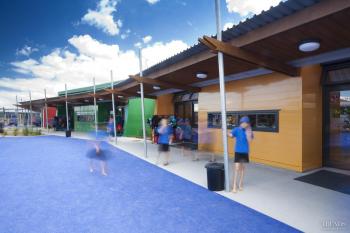 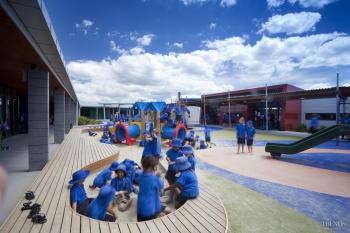 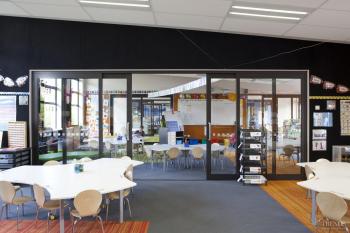 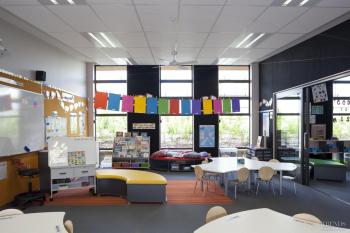 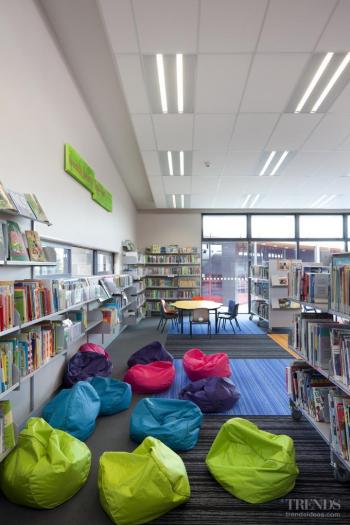 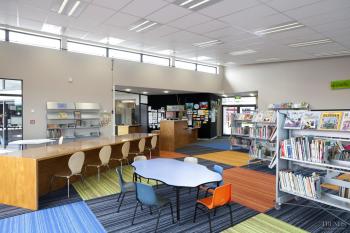 "We chose to base the design on the idea of the school being an oasis of learning. The desert is referenced in the exterior of the outer buildings, which feature materials from the earth – bricks in three different shades. Alternating columns of sand, taupe and dark brown give the exterior a ripple effect reminiscent of sand dunes and rocks. The exterior wall of the hall features alternating blocks of these same shades, and helps to give the school a strong urban edge to the road."

Blok says low windows in this wall also help to activate the edge of the school and allow a view in and out of the hall.

"To move through to the ‘oasis' beyond, visitors and students pass beneath a soaring canopy that provides a generous, welcoming and uplifting entry right into the heart of the school. Being able to bypass the administration centre and move straight into the centre of the school reflects a respect for the students – they are the priority here."

The central plaza is the lively, colourful hub of the school. The cube-style classrooms have powder-coated aluminium weatherboards, which are individually colour matched to ColorSteel roofs that spell out the word Elim.

"The buildings and play equipment in the central plaza reference the colourful souks in oasis towns," says the architect. "In keeping with their playful nature, these classrooms are used by the youngest students in the school. The older students are accommodated in the slightly more formal, cloistered arrangement of the perimeter classrooms."

Blok says these colonnaded classrooms provide a sense of depth and solidity – a more serious style of architecture that doesn't try to compete with the colourful boxes. However, there are bright colour accents. The teacher spaces between classrooms are individually coloured both inside and out.

The interiors reflect the trend toward integrated teaching and student-centred learning, but it is a flexible design that eases staff and students into the concept of open-plan spaces, says Blok.

"In the previous school, the teaching was in traditional cellular classrooms, so this was a huge leap in faith and understanding. We paired classrooms and linked these by sliding doors and shared teaching spaces. There is a lot of connectivity between the different areas, and teachers have the flexibility to rearrange the spaces as required."

Jasmax positioned the library – in the bright blue cube – right in the heart of the plaza.

"As you come into the school you see the library," says Blok. "Placing it in the heart of the school is an acknowledgement of the fact that knowledge is at the centre of learning. We also added wide steps so the library opens right up."

The multipurpose hall also opens up to the plaza. Red fire station doors at the end nearest the entry can be opened up to allow people to spill outdoors or stand under the canopy while still participating in activities within the hall.

Colourful landscaping, also designed by Jasmax, counters the rectilinear shapes of the buildings and brings an informality to the outdoor spaces. The landscaping includes a blue netball court and artificial turf that ensures the plaza can be used all year round.

Blok says that although the school was not designed to achieve Green Star status, sustainable initiatives have been incorporated as a matter of course. These include the use of low-VOC and durable materials, well-insulated buildings, the provision of shading and low-energy products.