Paris in the springtime – or any other time of the year for that matter – leaves a lasting impression on most visitors. And for many people, it's a love affair that never dies. For the owners of the house featured here, their love of French Renaissance architecture was the catalyst to re-create such a look for their own home.

Rick DeLesk, president of The Newport Co and builder of the house, spent many months working on concept drawings, which were then presented to his design team. DeLesk's goal was to create a house that would borrow from traditional French chateaux, and reflect the Renaissance splendor epitomized by buildings such as L'Hotel de Ville in Paris.

The sense of classical order evident in these historic buildings is re-created in the design, with symmetry a strong element of the front façade. This classical order is also seen in the detailing of the base, the pedimented windows and banding of the ground floor, the arched windows of the upper story, and the steep and complex roof line.

While the front of the house adheres to a strong symmetry, the other elevations are less disciplined, says architect Mark Nelson.

Despite its perceived grandeur, the design still needed to cater to the needs of a modern family, he says. It also had to accommodate local government regulations in respect to height. 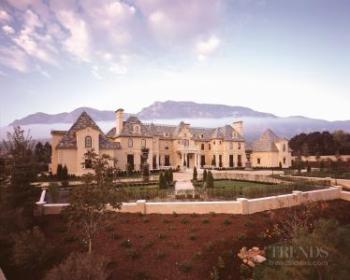 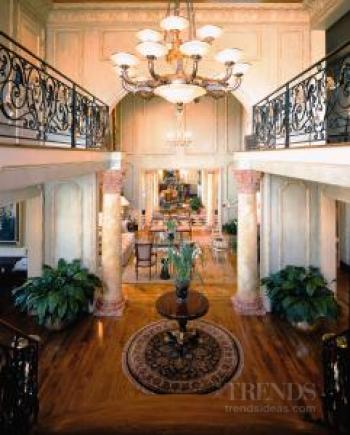 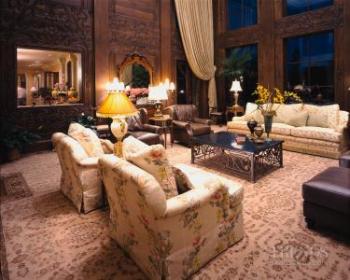 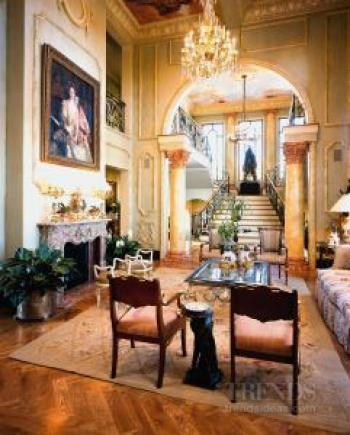 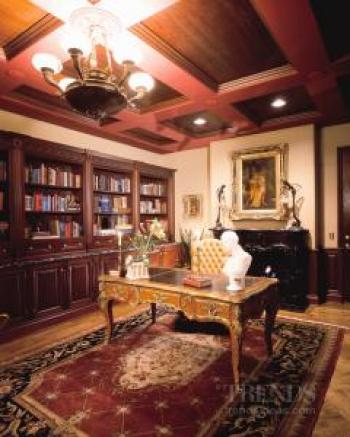 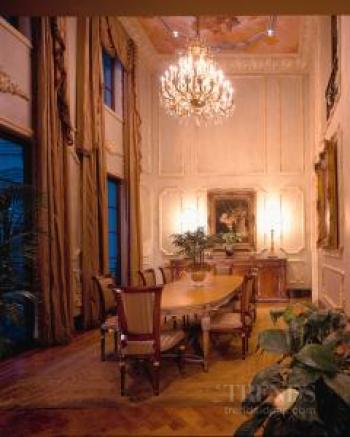 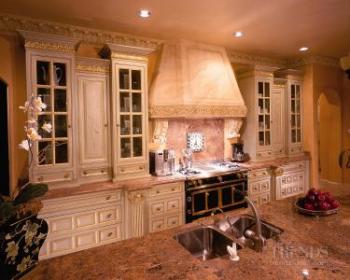 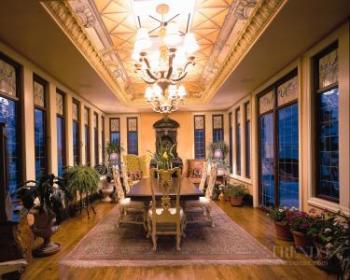 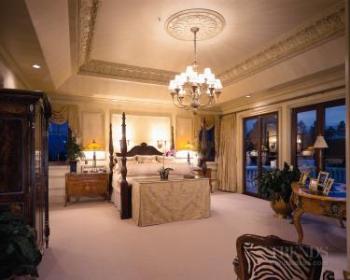 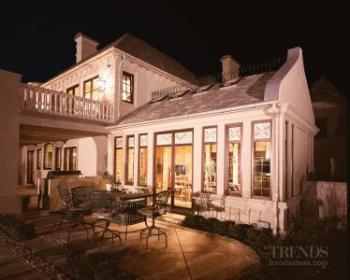 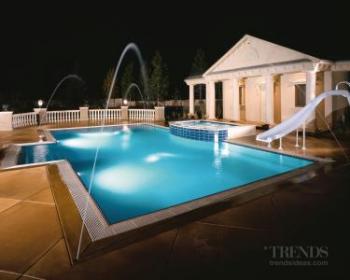 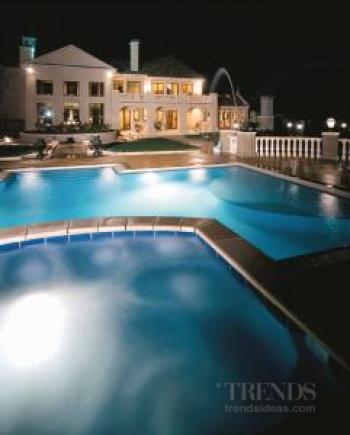 "To keep within the prescribed limits, there is a slight optical illusion to the roofline – the front is steeper than the back. The ridge cresting and finials help accentuate this verticality."

Nelson says rather than adhering to a rigid classicism, there was also a determination to introduce a little fun into the architecture.

"We wanted to find the enjoyable things about French architecture. We also mixed ideas from different eras, so while there are elements from the late French Renaissance period, there are also Baroque features."

The classical treatment extends to the interior, which retains the grand scale of traditional Renaissance architecture.

"Although the ceilings are very high, we tried to ensure the spaces are not too overwhelming. The rooms needed to be comfortable in terms of their proportions."

Nelson says it was also essential to ensure the house, which is 160ft long, had an easy flow.

"It is not too compartmentalized. With the large openings and mezzanine balconies, you can get a sense of the length and breadth of the house from most rooms."

DeLesk sourced most of the materials for the house – a task that took more than two years. Many products, including elaborate carved panels, were imported. The couple also commissioned interior designer Gerald A Powers II to help re-create the interior in the traditional French style.

"It was mostly a case of interpreting the old and re-creating it from new," Powers says. "To convey the warm patina of a French chateau, the walls in the main living areas are painted in a worn dollar-bill green. Corners are darkened and striated to give the appearance of a room that has been lit by candles for hundreds of years."

Wall mouldings were also treated with a metallicwash and pearlized to create an aged look.

"There is a great deal of moulding – it becomes part of the art on the walls," says Powers.

The ceilings, also, are a work of art. Large frescoes adorn the vaulted ceilings of many rooms and are a key feature of the grand staircase.

"With the light flooding into the stairwell from the tall windows and the large, billowing clouds on the ceiling, it feels as though you are ascending into heaven," says Powers.

Many of the ceiling frescoes in other rooms, which cover an estimated 6000sq ft, have a base coat in a color Powers describes as Pompeii Red.

Other traditional influences in the house include an English-style conservatory dining room, complete with vaulted ceiling and skylights, and carved Indonesian wood paneling throughout the family room. Soft furnishings include hundreds of yards of embroidered silk taffeta drapes.

Modern convenience has not been overlooked, however. The house incorporates a home theater and two garage pavilions. It also has an easy indoor-outdoor flow to a landscaped pool complex.