A glittering chandelier, clawfoot bath and Florentine-style metallic wallpaper all helped inspire the transformation of this room in a 1930s bungalow

Not all bathrooms are created equal. Sometimes there's a need to move away from a predictable modern look to create a design that respects the era of a house.

This new bathroom, designed by Debra DeLorenzo CKD, CBDNZ of Debra DeLorenzo Design, not only works with the era of the 1930s bungalow, but also provides a touch of French Country – with a little glamour thrown in.

"An ornate cream-and-pewter Laura Ashley chandelier, which the clients already owned, provided a starting point for the design," says DeLorenzo. "It helped determine the decorative wallpaper, which features metallic pewter and warm beige tones. The clients' wish for a French Country look was another influence – although we were using some ornate elements, they didn't want the bathroom to be too formal."

For this reason, the lower half of the walls were panelled in white-painted tongue-and-groove timber.

"The painted wood gives the space a casual country flavour," says the designer. "It is also reminiscent of beach cottages in the Hamptons." 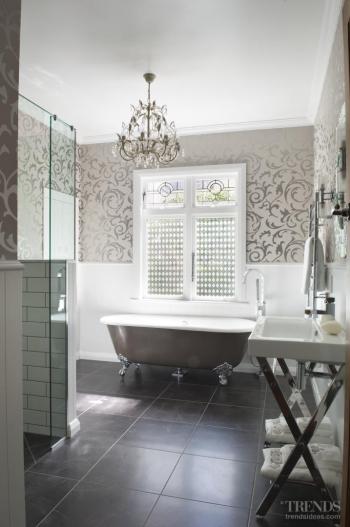 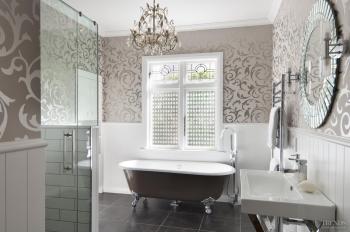 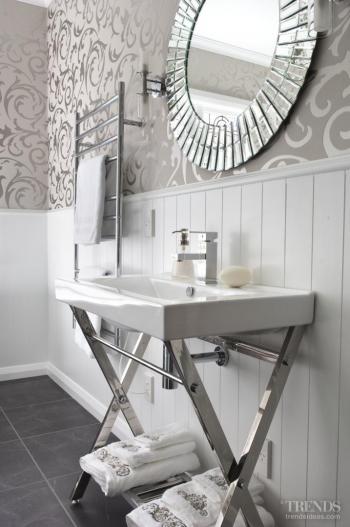 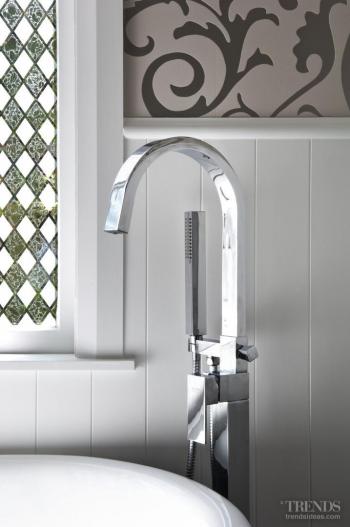 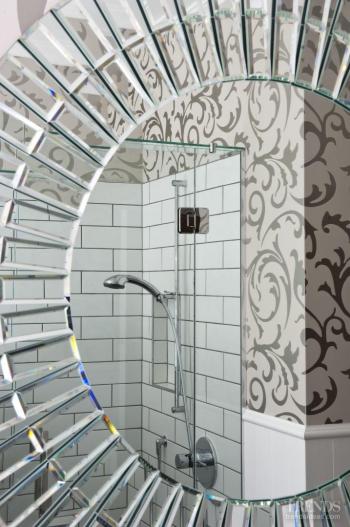 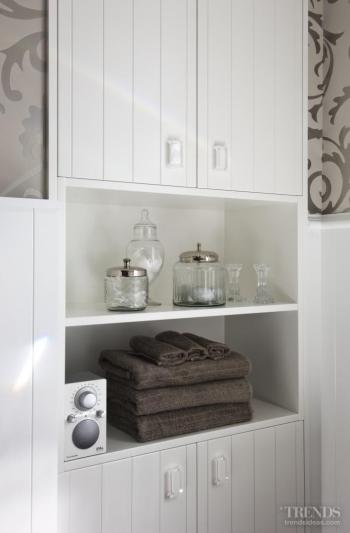 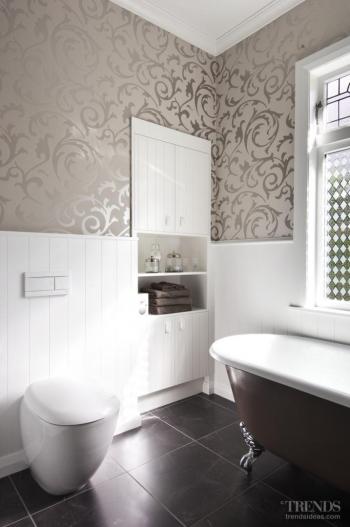 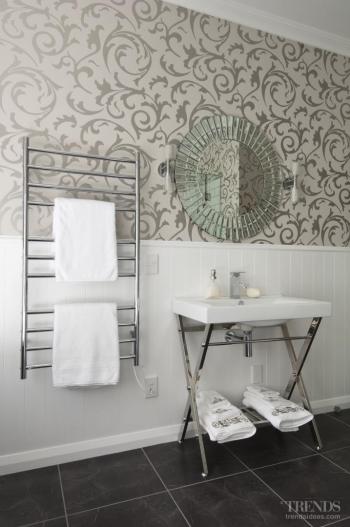 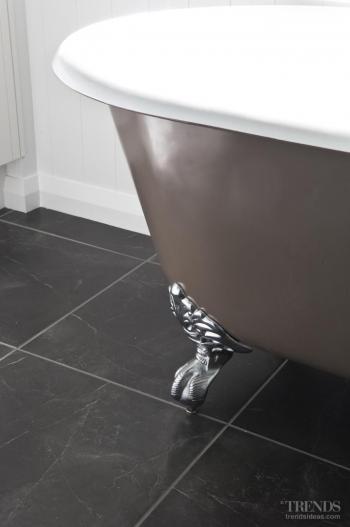 "We used contemporary and classic fixtures and fittings, mixing it up a bit to get the required look," says DeLorenzo. "For example, the tub spout and tapware are modern, while the clawfoot bath harks back to an earlier period."

DeLorenzo says she always paints the outside of clawfoot baths, to provide an accent colour in the bathroom. Here, the donkey brown shade complements the floor tiles and metallic wallcovering.

A separate tiled shower incorporates a half wall, which screens the toilet from the entrance to the bathroom.