As the last beach cottage on the Manly seafront, this heritage-listed property was ripe for a renovation in keeping with the past

Beachfront sites close to the city have always been prime real estate, but they haven't always been given over to apartment living. Long before the first high-rise was built, it was the family beach cottage that reigned supreme.

Fast-forward half a century and it's easy to spot the difference. At Manly in Sydney's northern suburbs, the beachfront is dotted with boutique apartment developments – and a single stand-alone house.

When the Byrne Lewis Group acquired the property featured on these pages, demolishing the last remaining cottage on the beach strip was never going to be an option. Restoring the house, which had just been heritage listed, fitted with the company's philosophy of preserving Sydney's architectural history wherever possible. To this end, local architectural firm Conybeare Morrison was contracted to undertake both the restoration of the cottage, and the design of a boutique apartment building on the rear of the site.

Architect Judith Rintoul says the house, which had been tenanted, was structurally sound, but dated. The character of the home was readily evident, however – from the shingle and weatherboard cladding to the bullnose roof and enclosed veranda.

"The house had a very relaxed, beachside quality, which we wanted to enhance," Rintoul says. "Although we did have to replace the roof due to corrosion, the new roof has exactly the same profile as the original." 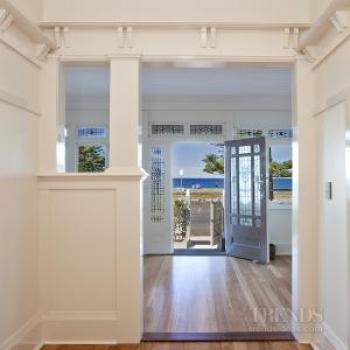 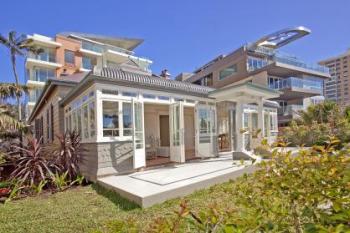 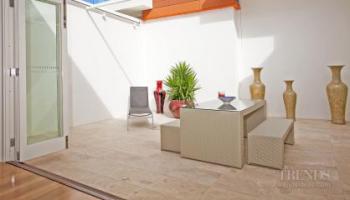 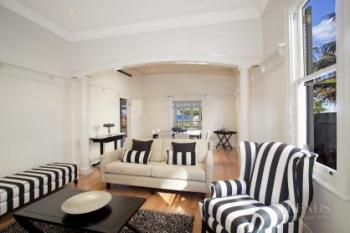 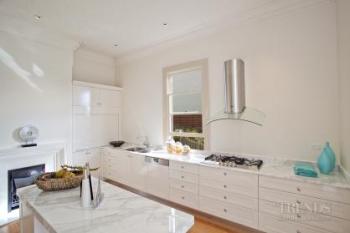 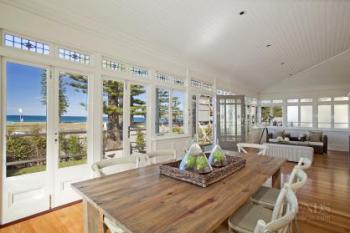 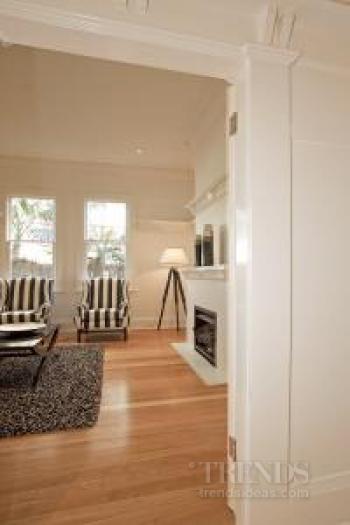 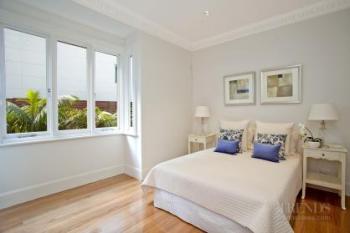 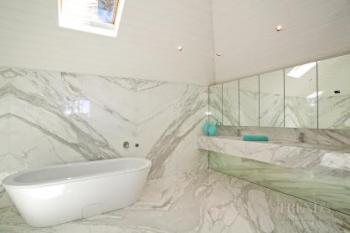 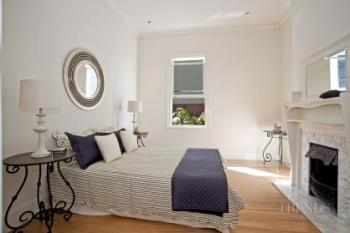 On the interior, the main living areas have retained their key functions. The enclosed veranda is still a relaxed family living area, and is open to the formal dining and living rooms, as well as the kitchen. With its white-painted sarking, French doors and panelled walls, the room is reminiscent of traditional American clapboard cottages in the Hamptons.

"The veranda room had been painted white originally, with dark polished timber trim," says Rintoul. "We opted to make it all fresh and light.

"The French doors in the veranda are new, but their proportions are the same as the original windows. Similarly, the narrow band of leadlights around the top of the windows is new, but their design is a simplified version of an existing leadlight pattern seen elsewhere in the house. Running the leadlights right around the veranda gives the room a jewel-like quality."

Rintoul says the position of the kitchen was moved from the rear of the house.

"It made more sense to position it at the side of the house, and have it opening to the family living space."

With its white-lacquered, panelled cabinetry and the benchtops in Calacatta marble, the room is effectively a visual extension of the veranda room.

The only other major change to the layout was the introduction of a second storey. Ceiling joists were reinforced and a new master suite built into the attic space.

"The roof had a steep pitch, which provided ample space for the suite, and a balcony," says the architect. "This was an ideal way to maximise the view – the room looks directly out and over the best surf break in Manly."

To bring extra natural light into the bathroom and dressing room at the rear of the suite, the architect introduced Velux skylights. These feature frosted glass, which allows plenty of light to penetrate, but provides privacy from the apartments behind.

Calacatta marble, similar to that used in the kitchen, wraps the master bathroom, creating a very contemporary, and yet private sanctuary.

"Privacy was always going to be a key consideration for the design, because of the prominent position of the house and the neighbouring apartments," says Rintoul.

"Fortunately, the house is slightly elevated, so although the owners can enjoy the view of the beach, the fence is at head height for people walking by, which means they don't see inside."

For added privacy, there is a new courtyard at the rear. This features a retractable translucent awning, which ensures it cannot be overlooked.