When you are passionate about food and cooking, you need a kitchen that makes it easy to indulge your creativity.

For the owners of this house, Victoria and Mark Pinder, who worked with architect Roger Dowling, that passion translated into an entirely new kitchen in the area formerly taken up by the living and dining rooms.

"We had plenty of space for a huge island with lots of bench space," says Victoria Pinder. "We chose a Super White granite benchtop, which, despite its name, features a lot of grey veining. The top is multifunctional – we can be preparing food at the same time the children are doing their own thing on the other side."

"My husband's a foodie, and loves to cook, while I do a lot of baking and cake decorating," says Victoria Pinder. "Having one large and one small oven means he can be using the large oven to cook dinner and I can bake a cake in the smaller one. It is large enough for a cake, and even a small roast. We can also see it being even more useful as the children grow and may want to experiment with their own recipes." 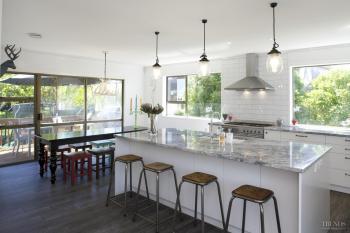 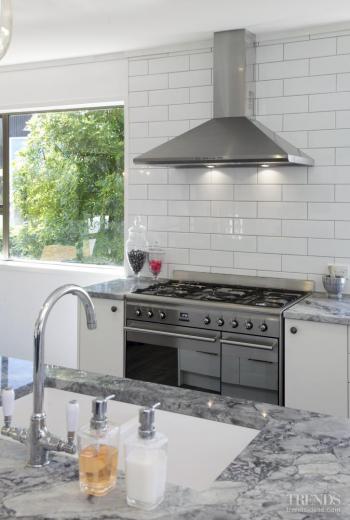 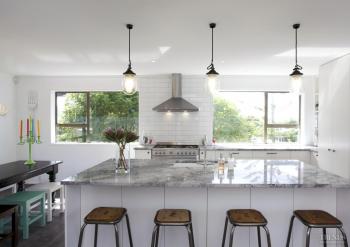 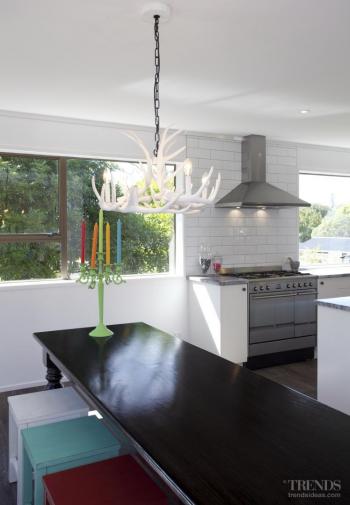 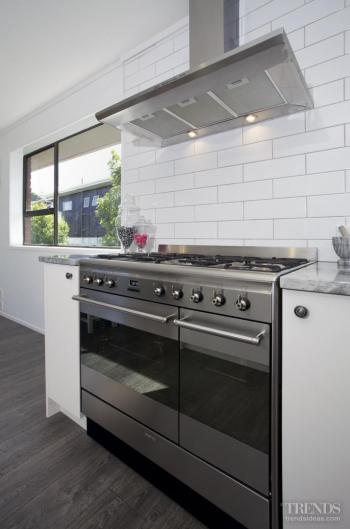 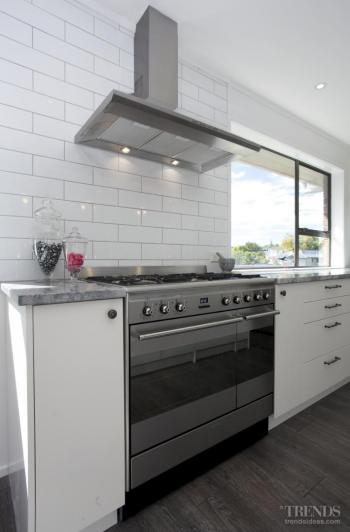 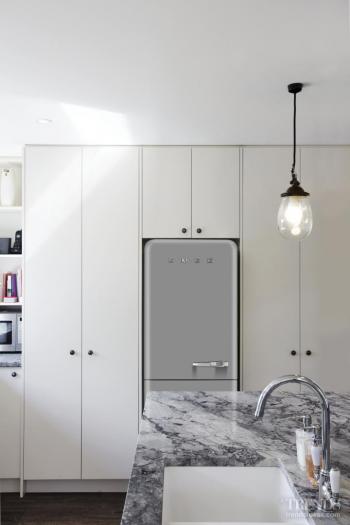 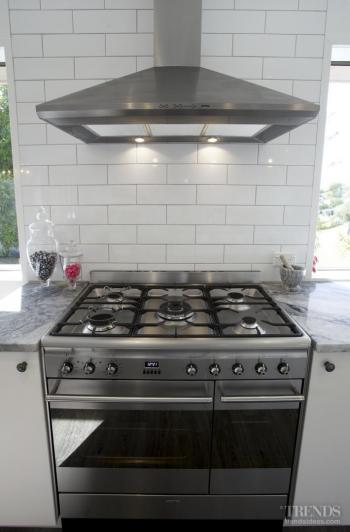 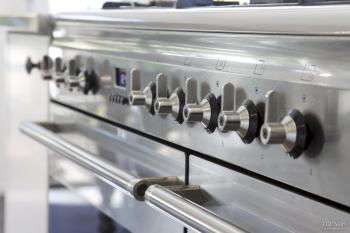 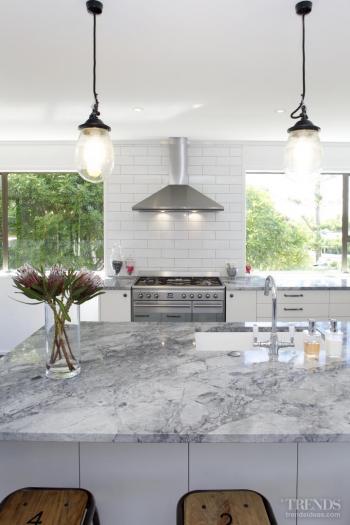 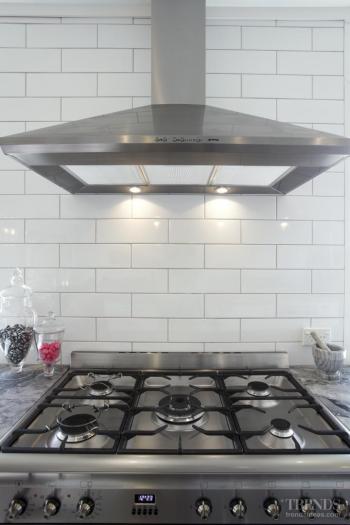 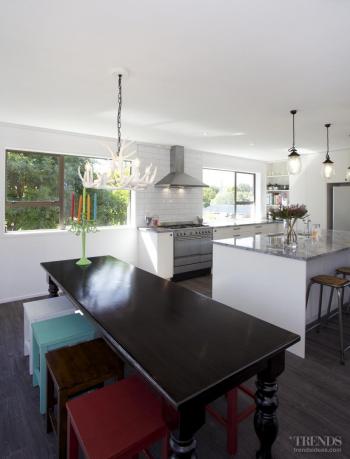 Pinder says being able to use the small oven is particularly efficient, as it uses less energy to heat the smaller space.

"We also love the gas cooktop, which is the first one we have had in many years. It is a joy to use – the control is so much better than with the older cooktops. The aesthetics of the Smeg range were another plus for us. We like the semi-industrial look, and the way it works with the large white subway tiles on the wall. These have grey grouting to match the stainless steel on the oven and rangehood."

The couple chose to team the range with a Smeg K24SLM90 stainless steel 90cm canopy hood, which has plenty of power to keep the whole family area free of steam and cooking odours.

Completing the picture is the Smeg FAB28ASR1 stainless steel refrigerator.

"The retro look of the refrigerator really appeals to us, and fits with the design of the kitchen," says Pinder. "It also has all the functionality we need."

For additional information, visit the website:www.smeg.co.nz .