Structural forms, disguised floor levels and co-ordinated colours blur the line between the original structure and the new apartments above in this inner-city development

Adding new apartments to the rooftop of an existing structure requires a deft touch. Without resorting to disguising and assimilating the addition or opting for complete contrast, a new structure can celebrate its differences while still merging with the whole.

When architects Custance undertook the extension to the original Croxley Mills paper factory in Wellington they faced just such a proposition. Developer Globe Holdings' brief was to provide 15 apartment shells for buyers to fit out themselves within the existing structure. On top of this, the architecture firm was to design 13 new luxury apartments that both sat well within the old factory's facade yet looked the part of a dynamic modern addition, says project architect Guy Marriage.

All 28 of the apartments were to be north-facing, warm and private, and with floor-to-ceiling glazing front and back.

"The solid original structure featured a shear concrete front wall at the base: Custance introduced another shear wall at the back and apportioned the interior into carparks at ground level and apartment shells above," the architect says.

The second stage of the project was more complex, with the need to provide visual interest to the façade. 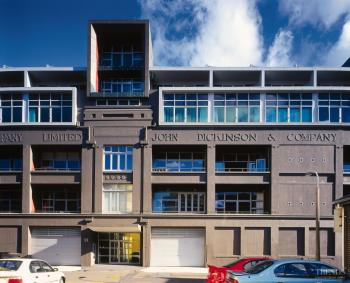 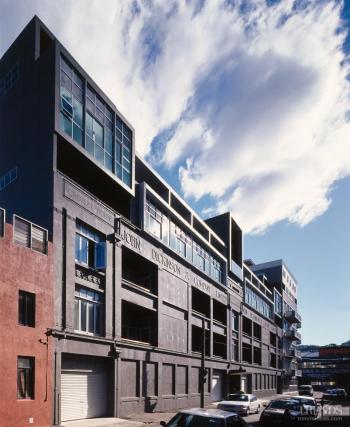 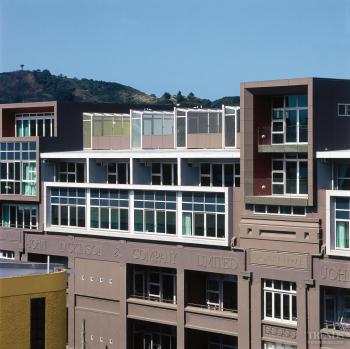 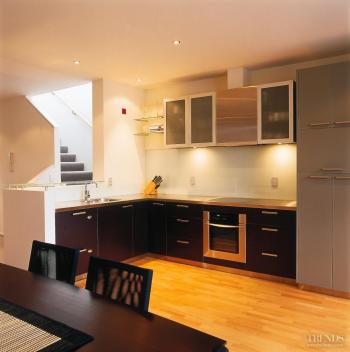 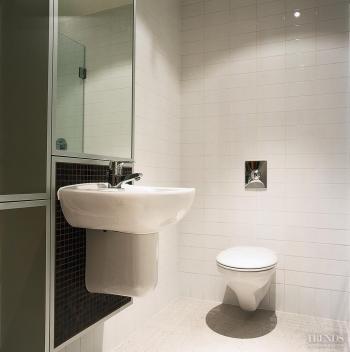 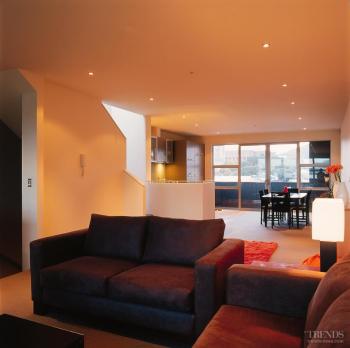 "We felt it was important to blend with the old structure and also to celebrate the new. We approached this in terms of structural form, visual perception and colour," says Marriage.

Firstly a new concrete slab was laid just above the original signage. The spatial form of the original roofline was then reinterpreted by removing the outer two corner parapets and replacing them with floating box-shaped structures. These are the project's penthouses. The third, central parapet was retained, with another floating apartment above it. In between these prominent structures are horizontal elements which comprise the remaining apartments and rooftop gardens.

While the dynamic shapes signal the introduction of the new, they also hark back to the original parapets and the spaces between. The levels of the balconies have been made hard to read, says Marriage, making it difficult to discern where one floor ends and another begins.

"It almost appears that one tier overlaps the one above it. This, together with a unifying colour scheme, helps blur the distinctions between the constructions of different eras," he says.

"Protection from the elements and issues of privacy were also important to this project. Stepping the upper levels back slightly provides shelter, privacy and interest."

Deep red tones used on the reveals of the box structures further a sense of depth and interest.