Tactile surfaces seamlessly merge in this kitchen to create a modern, yet visually warm composition

It is often said that it's the flooring that defines a home's character, which explains why the owners and designers of this house spent a long time getting the flooring just right.

"The house has a modern, almost minimalist architecture, but the wood makes it visually warm and inviting."

Richardson says repeating the stained French oak as a veneer on the island and wall cabinets was a way to provide uniformity, however, it was important not to compromise the contemporary aesthetics.

"The detailing gives it a very modern edge," he says. "For example, the woodgrain runs horizontally and we used a 10% gloss lacquer to give it a natural matt finish. The oak is paired with a 20mm black stone benchtop that sits flush with the wood, creating an L shape on the top of the island. This also has a matt finish, which enhances the flat look, but still creates visual depth." 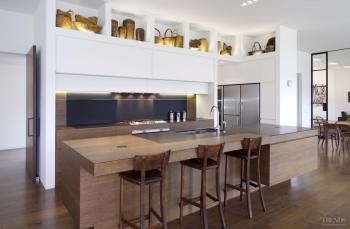 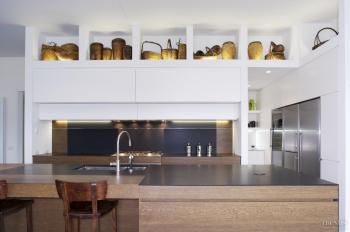 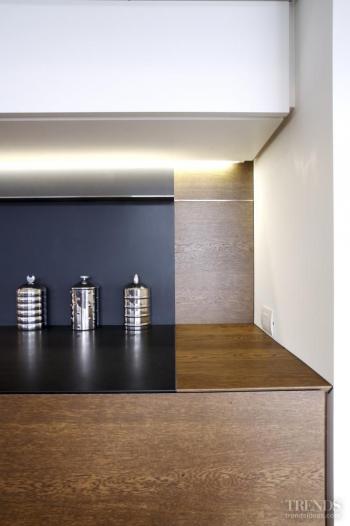 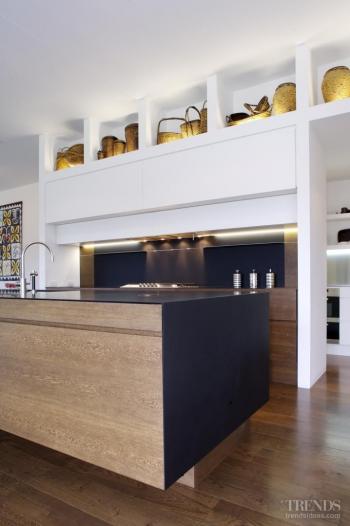 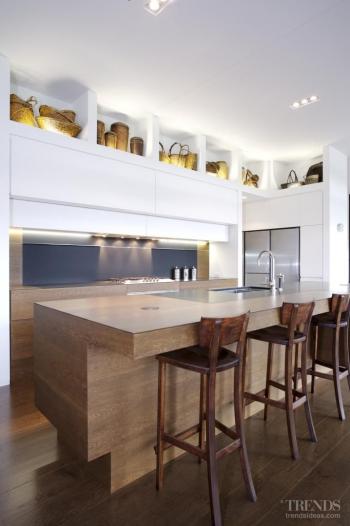 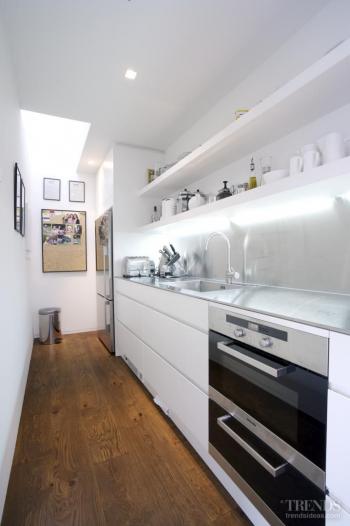 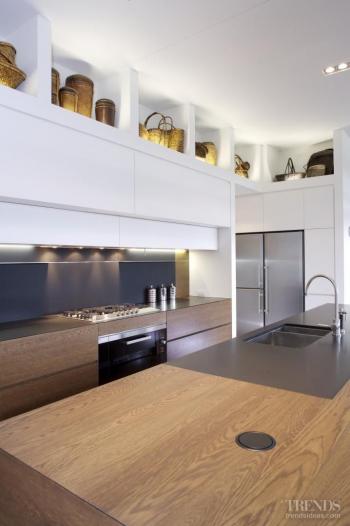 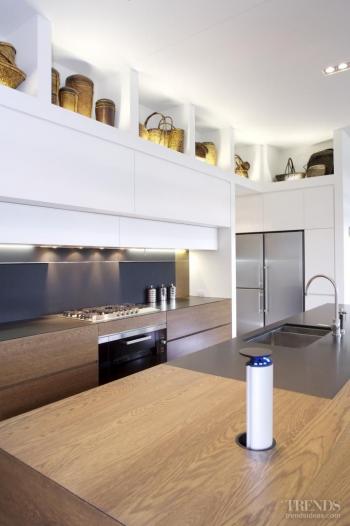 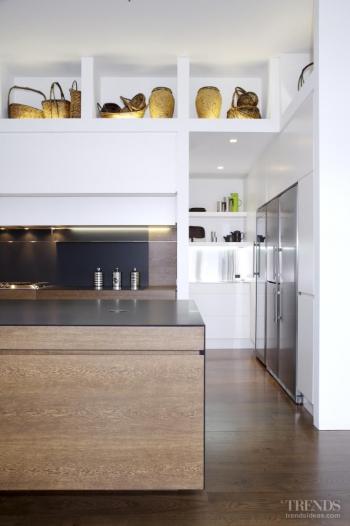 Richardson says all the surfaces are mitred to create a seamless edge detailing.

"This was a precision job, as there was no tolerance – the stone effectively disappears into the cabinetry."

To avoid joins in the stone, the benchtops were designed to accommodate the size of the stone panels. On the rear wall, the stone benchtop and splashback are flanked by narrow wood strips.

"The back cabinetry is very balanced, while the island is deliberately asymmetrical," says Richardson. "We didn't want a large square box sitting on the floor, so the island has a floating element – one end has a deep, cantilevered drawer. We wrapped the stone down one side, but opened up the other end to provide space for bar stools. This helps to soften the mass visually."

White overhead cabinets also ensure the wood does not overpower the kitchen.

To streamline the look of the cabinetry, the designer specified recessed handles, and drawers within drawers.

"Many of the cabinets appear to have just two large drawers, but these conceal additional drawers, which are all equipped with the latest Blum hardware."

Further storage, additional appliances and a sink are located in a scullery directly behind the kitchen. The ovens in this room are positioned so they are out of sight of the main room.

Richardson says lighting was another key consideration in the design.

"We wanted to create an ambient glow rather have harsh spotlights, so the cabinetry lighting features fluorescent lighting, not halogens."