Refurbishing this late 1960s home has modernised the exterior, lightened the interior and maximised a great view

Clifftop properties with expansive views are increasingly sought after, especially in areas where there's a scarcity of new building sites. But buying such a property today often means inheriting a design that shows its age – and strict local government regulations can make renovating a challenge.

This house, built on a steep peninsula overlooking San Francisco and the Golden Gate Bridge, is a good example. New York architects Kathy Ogawa and Gilles Depardon, who were commissioned to design a major refurbishment, say the house worked against the site.

"With its massive over-scaled roof and heavy timber detailing, reminiscent of Polynesian architecture, the house dominated the site," says Ogawa. "But it wasn't only the exterior that was a problem. The interior was broken up into small rooms spread over eight different floor levels, linked by a confined circulation space that was not intuitive to follow."

Stripping away those 1960s and ‘70s design influences and introducing a light and airy interior were crucial to the refurbishment. So, too, was the creation of a modern, simple aesthetic.

However, to achieve this, the architects needed to meet strict regulations that determined the exact percentage a house could be altered. 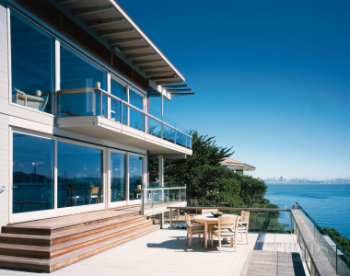 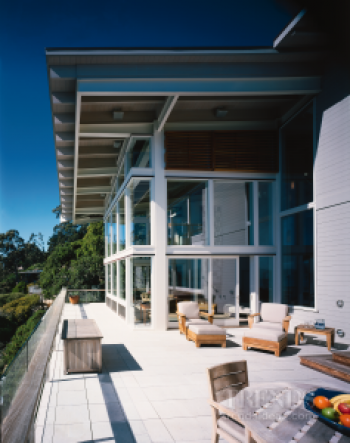 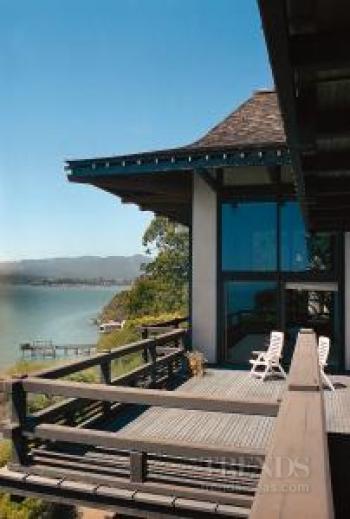 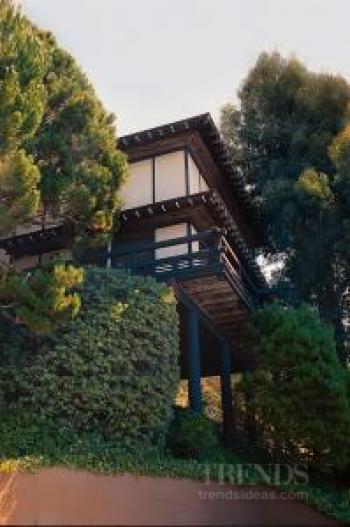 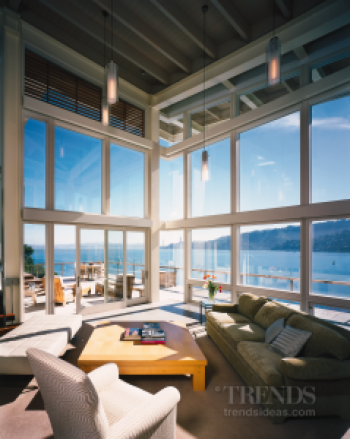 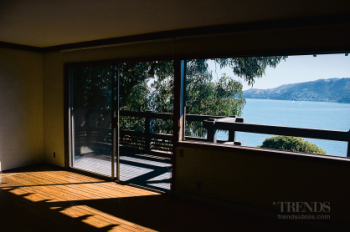 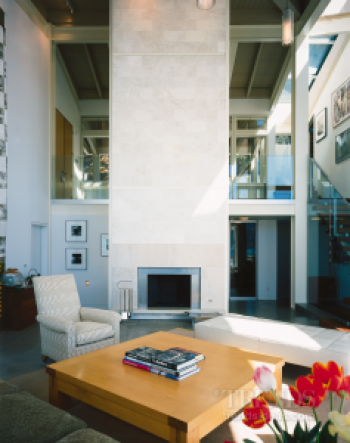 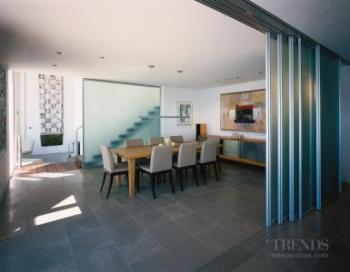 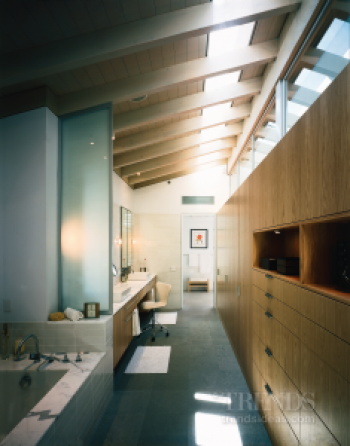 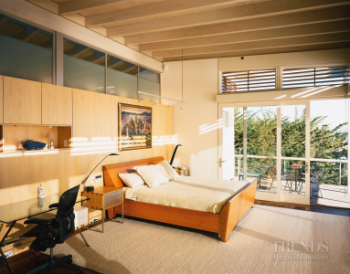 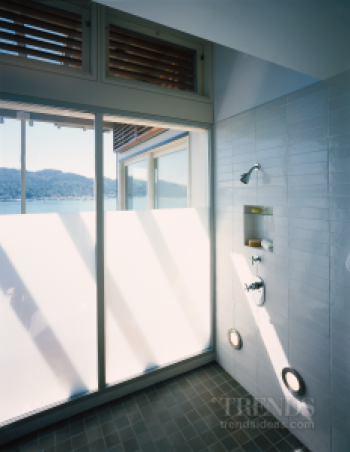 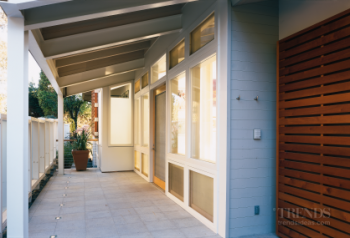 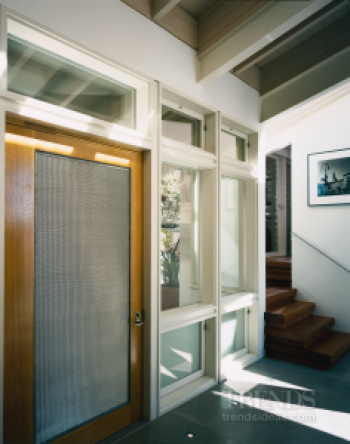 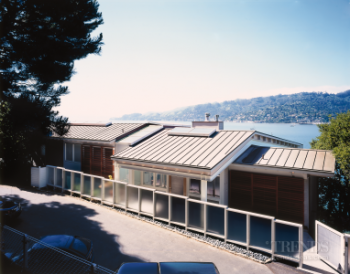 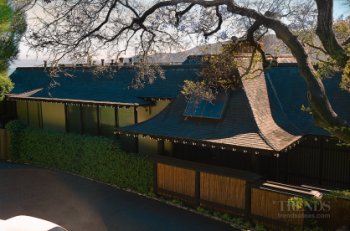 Ogawa says replacing the roof was essential, but this took up a large percentage of the permissible alterations. This meant most of the remaining work involved replacing existing walls and windows, rather than changing their positions.

"Keeping the original footprint intact, the main goal of the renovation was to open up the interior to the spectacular view. We also wanted to simplify the plan by visually linking rooms and re-orienting the circulation path throughout the house," she says.

"The new, low roofline that faces the street responds to the scale of the pedestrian, while the double-height living room on the water side opens itself out to the view."

Solid walls, wood screens and translucent glass mask the private residence from the street, while clear glass encourages the visual links through the interior to the views beyond. The rafters of the original roof were exposed in the design – a feature that has been repeated with the new roof.

Ogawa says the new folded planes of the copper roof respond directly to the interior spaces and diagonally orient the living room toward the view of the Golden Gate Bridge.

A new skylight splits the two main volumes of the house, while simultaneously uniting them with a new light-filled circulation path and stairwell beneath.

The original wood-framed construction of the living area was replaced by an exposed steel structure. Ogawa says this allowed many of the small spaces to be transformed into one large, volume. A solid limestone fireplace and chimney help to anchor one end of the space and partially screen the living area from the front entrance.

Combining the kitchen and dining room as another single volume also enhances the light, airy feel of the interior. Large, translucent-glass sliding walls enable the kitchen to be screened from the formal dining area when needed. A similar translucent wall screens the stairwell.

Ogawa says the kitchen, formerly an enclosed space, now incorporates an island, and is positioned to maximise the view. In keeping with the simple, modern aesthetic, the cabinetry features light oak, and the concrete island benchtop incorporates glass and marble in a terrazzo effect.

The contemporary look continues in the master suite, where a long bank of 2.5m-high oak cabinetry divides the master bedroom from the bathroom. Glazing along the top of this cabinetry visually links the two rooms – the roof beams are clearly visible on each side. The interior glazing also allows light from a long, narrow skylight in the bathroom to filter through to the bedroom. Both the bedroom and the shower room command extensive views of the bay.

As the steep site does not provide typical yard space, extensive decking is provided off all the main rooms, enabling the owners to maximise outdoor living. Here, also, heavy wood railings were replaced by glazing, ensuring there are no visual barriers to the spectacular view.