To overcome the challenge of an awkward L-shaped site, this new home was designed as two separate blocks on top of a basement recreation level

The starting point to solving a design challenge can sometimes be a very simple idea – that then grows and evolves to produce an end result that exceeds the expectations of both architect and owners.

For architect Robin Tan at Wallflower Architecture + Design, that simple idea was to split the house he was designing for an awkwardly shaped site into two separate blocks.

"The site was an L-shape, with a very narrow frontage and it also sloped up to a flat section at the back," says Tan. "The owners' biggest concern was how a new house could be designed to fit on the site."

The existing home had been set on the flat platform at the back, with the garage and servant's quarters on the street front. As a result, the access looked like a service entry for the neighbouring property.

But giving the new house street presence was only one of the challenges Tan faced. The owners wanted extensive recreational facilities, while local planning guidelines meant homes in the area couldn't exceed two storeys plus attic. 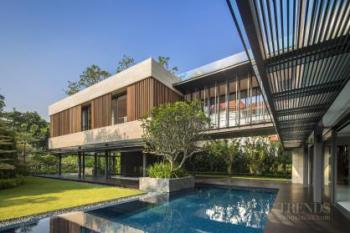 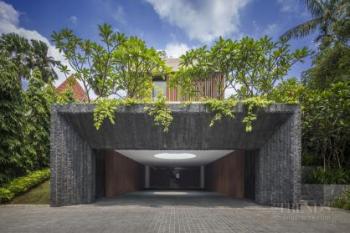 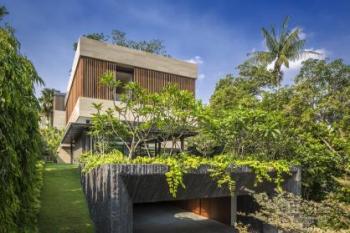 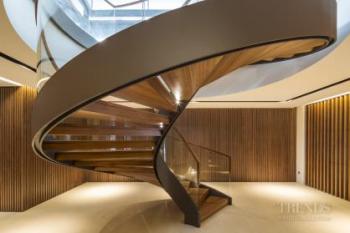 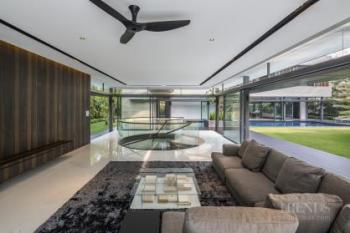 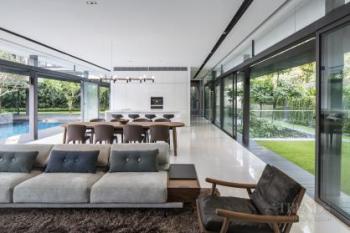 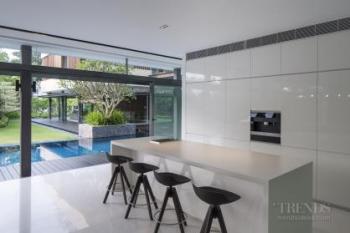 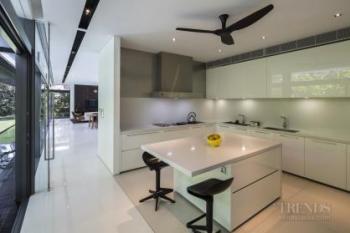 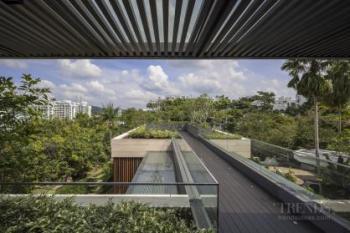 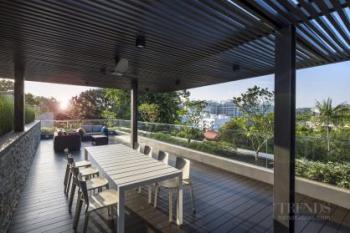 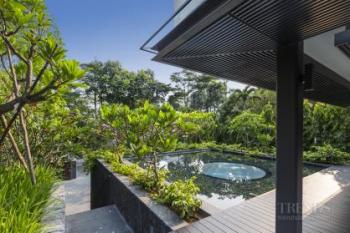 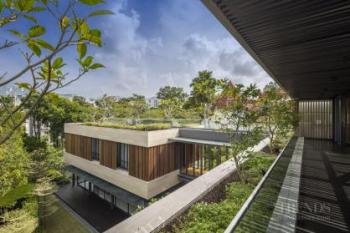 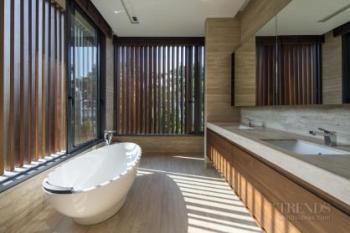 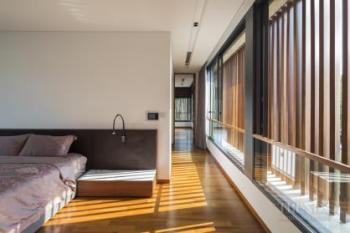 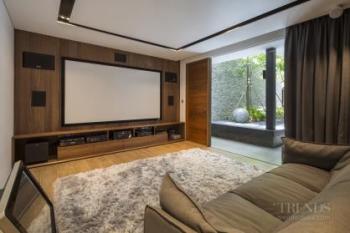 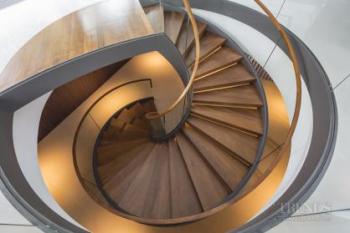 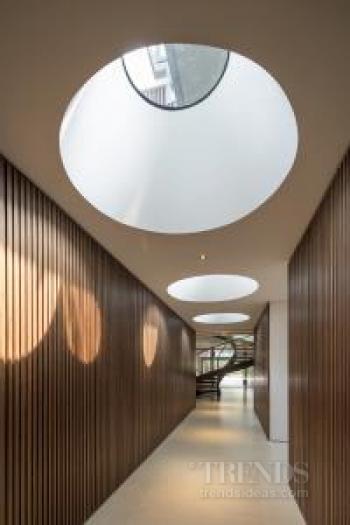 "To achieve the required floor area within these limits, I put a basement from the street to the back of the site. This also gave a much larger flat area on which I could place two separate two-storey blocks."

The smaller of the two blocks sits above the garage and entry lobby, and contains a formal lounge on one level with the master suite above.

Perpendicular to this, the larger of the two blocks sits on the base of the L alongside the pool. This contains informal living spaces – kitchen, dining, and living areas – on the ground floor level, with bedrooms and bathrooms above.

Tan says the result is a hierarchy of space similar to that found in a Chinese courtyard house.

Visitors to the house drive into a sculptural garage space. Framed in granite at the front, it is lined in timber and has a circular skylight through which the pool on the roof above can be viewed.

From the garage, they are welcomed into a timber-lined lobby with a grand spiral staircase.

"Guests can be taken up this staircase to the formal living room. But if they are close friends, they go deeper into the house to the secondary staircase leading to the block with the open family areas."

He says that another benefit of this composition of basement and two blocks is the resulting home is not an enormous mass pushed to the boundaries, which is often the case on tight urban sites.

Instead, the property retains the suburb's original garden atmosphere.

"The house is in close proximity to its neighbours, so we've planted heavily around the perimeter to screen them from view from inside the house.

"When the owners arrive home, it's like they enter their own secret garden."

This adds to the green strategy of the design which also includes roof gardens, passive cooling features, timber sunscreens and cross ventilation on every floor.