One seaside property, two house sections, one view – even with this tricky scenario, adept architectural design of both homes meant no one had to miss out on the views of the water. This high-spec home, and the one behind it, were designed by the property owners' own architect and then created by Fowler Homes.

The owners of this waterfront section in Lowry Bay decided their 1500m2 section was larger than they needed and was suitable to split in half to accommodate two substantial homes. They wanted to position their family home on the front of the property in such a way that it shared the views with the second home behind.

Their loose concept was then crafted into a plan for the best use of the section by James Solari of Solari Architects, who developed a plan for the two homes that maximised views and maintained a degree of privacy for both.

On seeing the plans, John O'Toole, owner of Fowler Homes Kapiti, was so taken with the idea that he agreed to build both homes and buy the rear one for his family.

"Fowler Homes works with its own broad range of flexible plans but we are equally happy building to a client's architect's plans, which was the case with these contemporary homes." 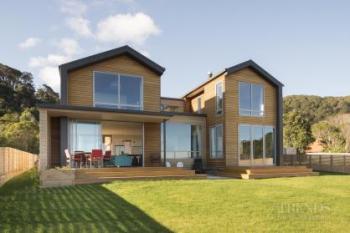 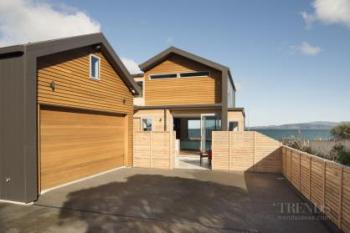 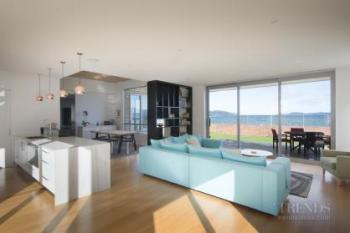 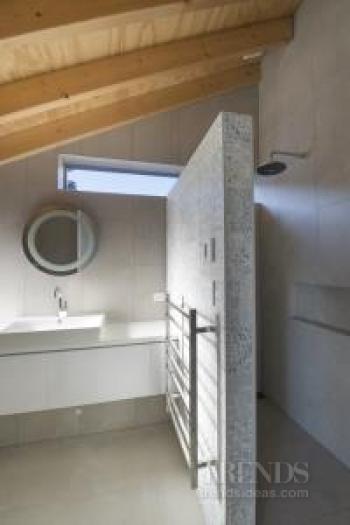 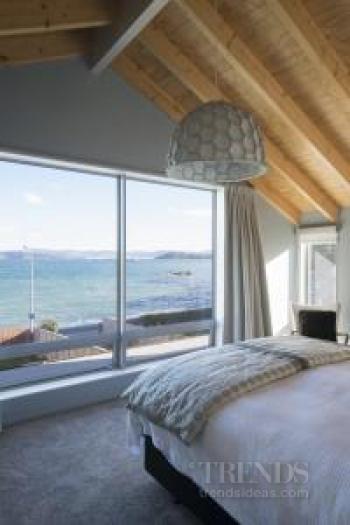 The client's own home, featured here, has many lifestyle features including two separate light-filled living spaces that both enjoy sweeping views from the Eastbourne hills, through the heads and across the harbour to Wellington. Plus, the four-bedroom home sits 20m back from the road, creating a buffer from traffic noise.

Other appealing touches include a sheltered, north-facing entry court and the ground floor fourth bedroom that enjoys a view to the heads thanks to a clever pop out.

"Fowler Homes addressed all the quirks of the complex build – such as a porous access driveway – without batting an eyelid," O'Toole says. "The end result is a beautiful, articulated house built to the highest quality. The home is filled with sun, maximises its views, and allows the other house to enjoy the sea views, too."