Partitioned, cellular offices at the Wesfarmers head office in Perth have given way to an open, interactive work environment – one that is more conducive to knowledge sharing

Ways of doing business have changed over the past three decades, so it's not surprising that office interiors are also changing to keep pace.

Twenty-five years after Wesfarmers moved into a new building overlooking the Swan River in Perth, the company commissioned a complete redesign of its head office to better reflect the needs of the modern workplace.

Andrew Lian, principal of Woods Bagot, says the existing office did not convey the progressive outlook of a company that started in 1914 as a small farmers co-operative and grew to become a huge corporation. Today, Wesfarmers' business operations include retail giants such as Coles, Bunnings, Target, Liquorland and Kmart, as well as leading energy, insurance, industrial safety, chemical and fertiliser companies.

"It was a fully partitioned, cellular layout. Everyone had their own office and new staff were inevitably placed in the furthermost office at the far end of a long corridor, which made it hard to get to know everyone." 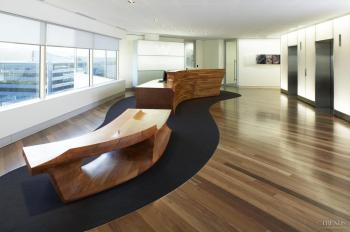 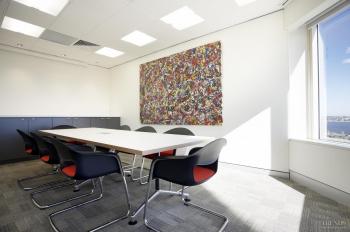 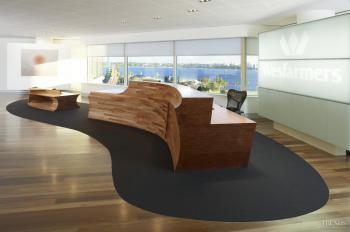 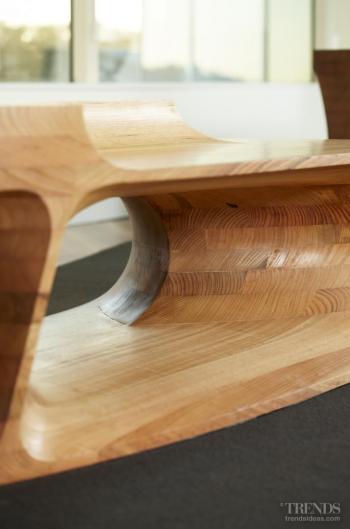 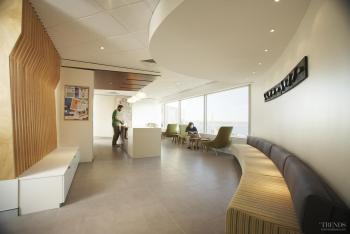 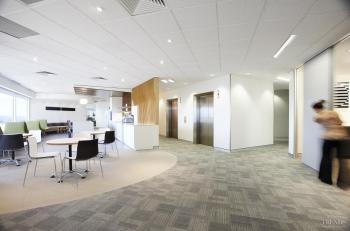 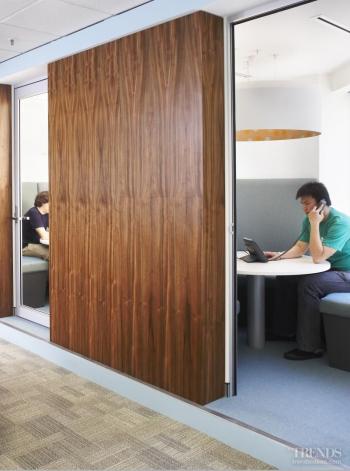 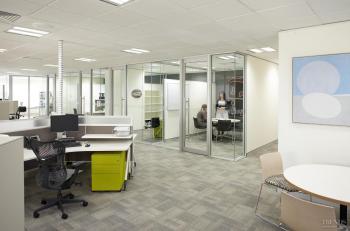 Wesfarmers IT manager Kevin D'Sylva says the redesign needed to provide a much more open and interactive work environment that would be conducive to information sharing. The company also wanted to maximise the natural light and views, which were enjoyed previously only by staff in the perimeter offices.

In addition, the redesign needed to present a new public face for Wesfarmers – the refit of the reception area was a priority. Lian says that as the company has one of the largest art collections in Australia, the design team commissioned a sculptural wood reception desk that would be an artwork in itself.

"The desk, designed by award-winning furniture designers Jon Goulder and Malcolm Harris in collaboration with Woods Bagot, and sourced through Form, embodies the concept of growth from small beginnings. The rings of the wood represent the way Wesfarmers has grown gradually through business acquisitions and expansion. And the fluidity of the curves and the carpet reflects the adaptability of the company as it changes over time."

The company branding appears on a backlit Marblo polymer screen. Lian says the subliminal message is one of transparency – the publicly listed company is open in its dealings with clients and shareholders.

Similarly, in the offices, the new open-plan layout allows for greater transparency. Designed after extensive consultation with staff, and a three-month test of a prototype, the new arrangement groups employees in pods of three or four, and provides high visibility.

"We pushed all the built-up spaces and services against the core of the building and opened up the office to the view," says Lian. "All the workstations have views of the river, which is a complete reversal of what was there before. The new layout also maximises natural light, reducing the need for artificial light."

Narrow corridors have been replaced with spacious, bright walkways, and there are more informal meeting areas to encourage social interaction. The office also incorporates several glazed modules that can be used as meeting rooms or offices. In addition, there are private booths for employees to use when working on confidential business.

A room with kitchen facilities provides an informal breakout area. The space opens to a training area and can accommodate 150 people for staff meetings.

Lian says Wesfarmers has a strong sustainability focus, and the fit-out was designed to meet this brief.

"Although we were limited by the age of the base building, we looked for eco-friendly solutions. For example, in addition to reducing the reliance on artificial light, the redesign provides light sensors. The office also features low-VOC components, recycled timber and stand-alone air conditioning units for the large meeting rooms."