When adding a modern extension to a traditional dwelling, linking different styles can be a design obstacle. But just as opposites attract, the inherent contrasts between contemporary and traditional can create new character in a home.

When renovating and extending an early twentieth century bungalow, Paul Hofman, partner at Hofman and Brown Architects, followedthe philosophy that a new space should be designed to be identifiable. Yet, overall harmony should exist between contemporary and traditional.

"The house was located in a nice streetscape with early 1900s homes. There wasn't a preservation order, so we debated starting again, which would have cost almost about the same as renovatingand extending. But, in the end, we thought we could do something with the historic character of the building."

Renovating the existing structure meant converting the bungalow's layout to a design that would meet the needs of a family with two children – living areas and bedrooms in a bungalow are typically based around a wide entrance hallway, with a lean-to kitchen situated at the back.

In this instance, the first step was to remove an earlier unsympathetic addition. 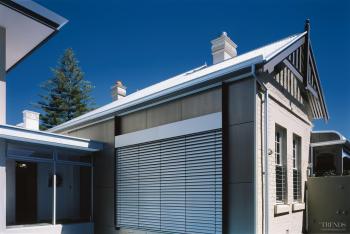 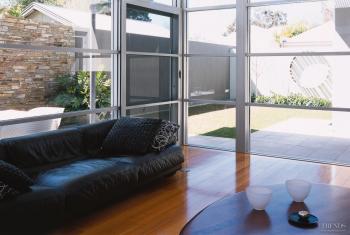 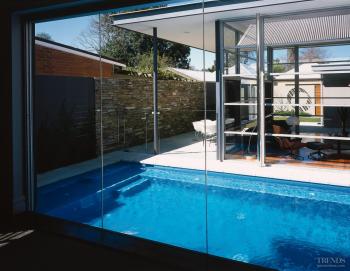 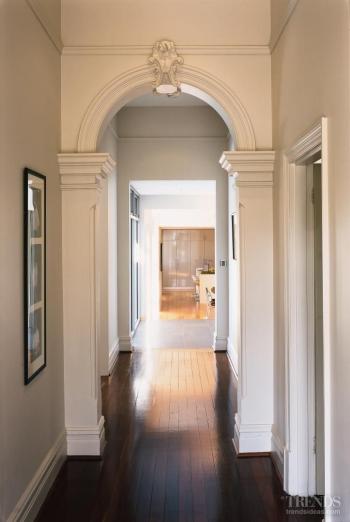 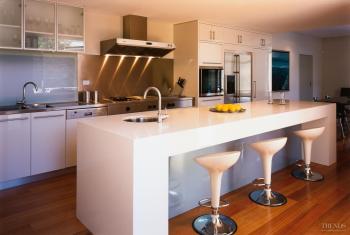 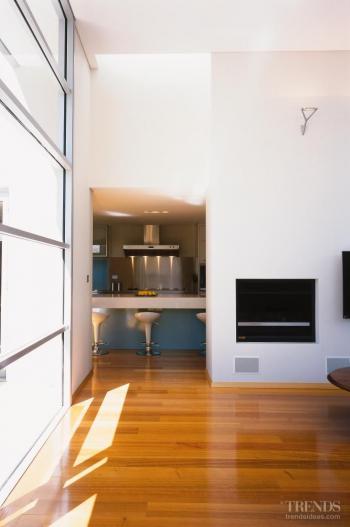 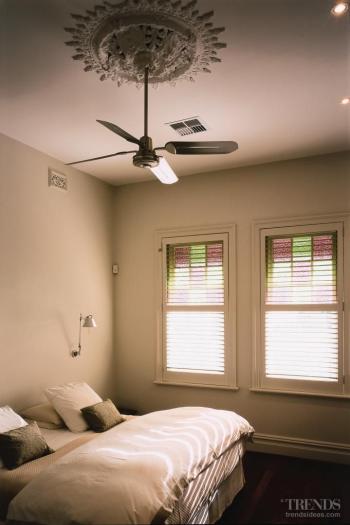 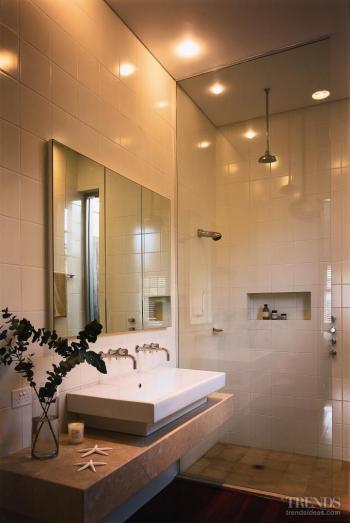 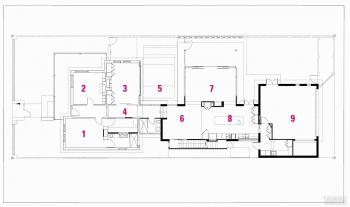 "The downstairs rooms were a decent size, but quite cell-like. Walking in, the two bedrooms on the right were converted into a master bedroom with a walk-in robe and ensuite. On the left, the rooms were turned into a study and playroom," says Hofman.

As the existing structure was built on piles, steps drop down from the space linking the new section with the old.

One benefit of this was that two new bedrooms and a bathroom could be subtly integrated into a second level. From street level, however, this is hidden by the roofline of the original structure.

"Seamlessly linking old with new is difficult," says Hofman. "Here, a section of flat roof bridges the two distinct parts. The link features a powder room, while on the northern exterior a pool was installed, with a small Japanese-style courtyard on the southern side."

The pool was designed to be the focus of the home, visible from the playroom, the linking section and the new dining and living areas.

As the climate ranges from temperate in winter, through to extremely hot in summer, Hofman integrated passive solar principles into his design.

"The main living area, which is just slightly lower than double volume, receives plenty of sun. In summer, the sun is higher in the sky, so incorporating an overhanging roof over the terrace reduces the amount of direct sunlight."

Another nod to passive solar principles is the electronically controlled blind, with 75mm blades, attached to the exterior of the playroom wall.

Progressing through the home, the living, dining and kitchen areas of the house were kept open, and flow easily through large glass doors to the exterior.

Behind the property, a right of way – historically used for night carts – provides car access to the double garage, which is connected to the kitchen.

A multipurpose space, the garage was tiled and fitted with double doors that spill out onto the back lawn. This provides an extra entertainment area suitable for children's parties. Grouping the laundry and storeroom in this space keeps task areas together.