Eyes to the view

Not content to put on a show, this house turns away from the street and steps down to a spectacular view

Eyes to the view Discover this article's resources 0

Street appeal is all very well, but sometimes it's simply not a priority – especially if you have a building site that offers a great view in the opposite direction.

For the owners of the house featured on these pages, keeping up with the neighbours wasn't on the agenda for their home design. Architect Murray Wood says the owners didn't want to draw attention to the front of the house – they were more concerned with developing the rear of the site and maximising the ocean view.

"The owners had lived in a 1950s red-brick house at the front of the site for a year and enjoyed watching whales and dolphins come into the bay," says Wood. "Consequently, the design of the new house needed to afford a view from as many rooms as possible."

Wood says the existing house was retained in the plan, and a new, three-storey pavilion positioned below it on the steep cliff. This building was twisted at a slight angle away from the existing house to lessen its impact on neighbouring properties. The pavilion, and a cantilevered swimming pool, are built on platforms, which don't interfere with water run-off on the cliff.

Built by Insite International, the project was a challenge, says Wood. As well as being steep, the site consisted of hard sandstone. Steel cables were drilled through the rock to support the steel frame of the house. 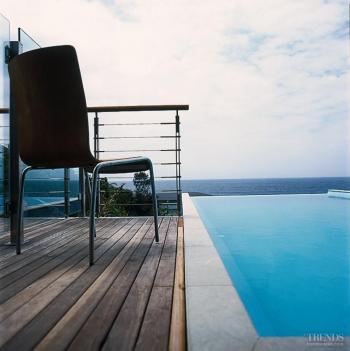 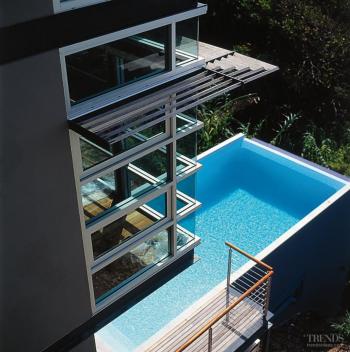 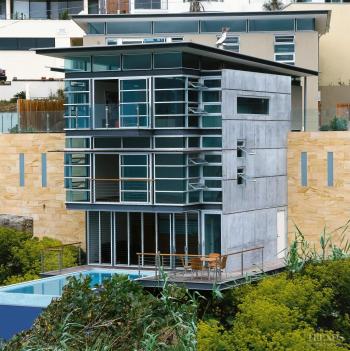 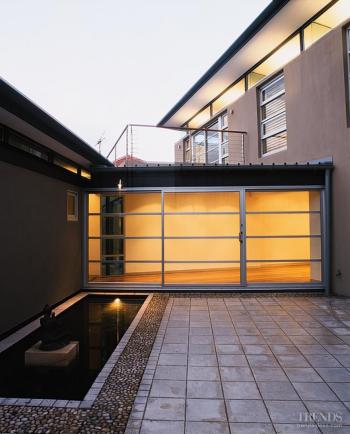 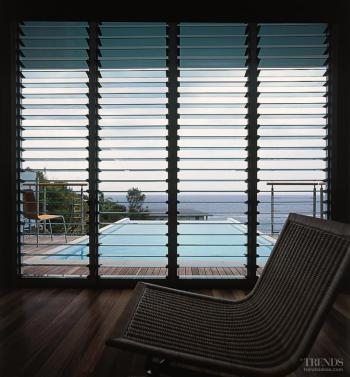 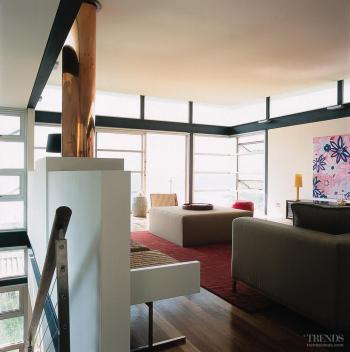 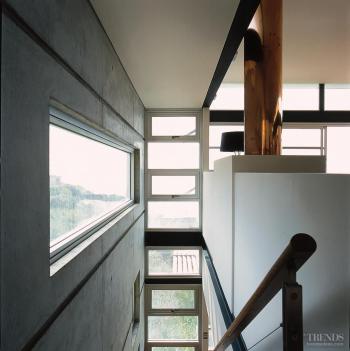 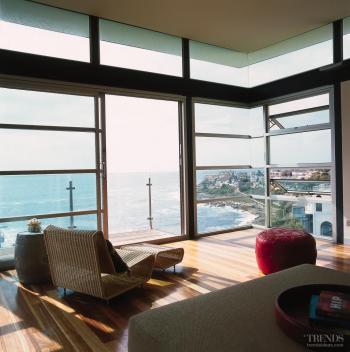 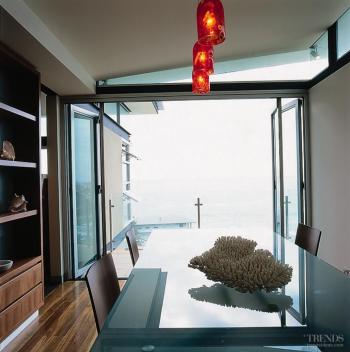 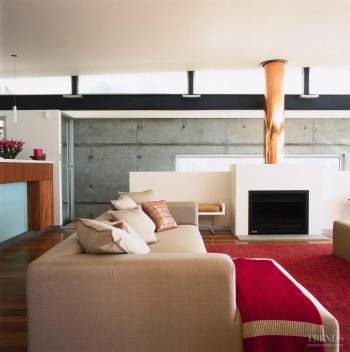 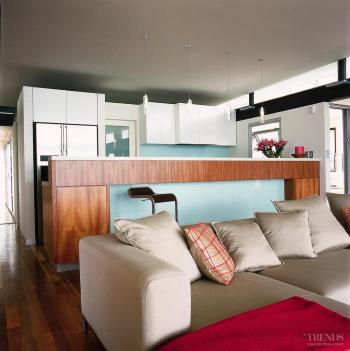 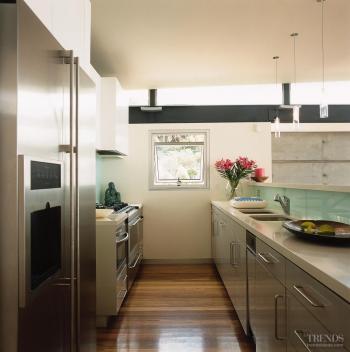 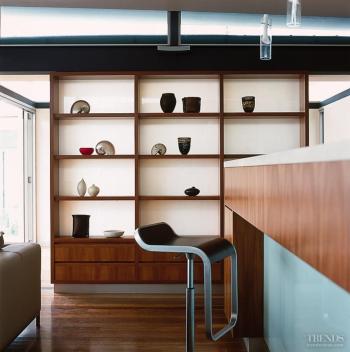 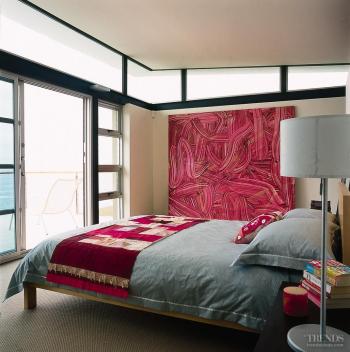 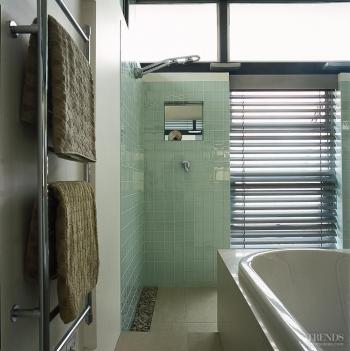 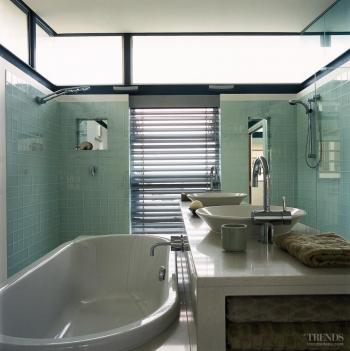 Sandstone was introduced as a cladding for the retaining walls on either side of the main building. The pavilion, however, has a strongly contemporary selection of materials, mostly steel, glass, timber and concrete.

"There is a slightly Asian influence in the design," says Wood. "The horizontal windows, for example, are reminiscent of Japanese screens."

Plenty of opening windows, an open staircase and floor-to-ceiling louvres on the ground floor provide cross ventilation and avoid the need for air conditioning.

The home's energy efficiency is enhanced by a solid concrete wall on the north side of the pavilion. This provides a thermal mass that helps keep the house cool in summer and warm in winter.

The pre-existing house has been refurbished and now accommodates the bedrooms. It is linked by an entrance gallery to the new pavilion.

"The gallery, which features a large painting of a diver and a reflective water pool, gives a hint at what lies ahead," says Wood. "The idea of a journey continues into the pavilion, which is designed to open up to the view. At the entrance on the top floor, the ceiling is low. It rises gradually to provide a spacious, airy living room that opens to a balcony overlooking the pool and the view."

Natural, raw materials, such as concrete and timber, are a feature of the house, enhancing its casual, open look.

"We wanted to play with different textures and finishes, both inside and out," says Wood. "The raw concrete, for example, contrasts the finely honed sandstone on the retaining walls. Leaving the concrete to weather and age gracefully also fits with the look of the rocks on the beach below. Inside the house, the raw finish makes a bold contrast to the warm timber flooring and the large copper flue."

The living area on the top floor of the pavilion also accommodates a galley-style kitchen, a casual dining area and a more formal dining room on the south side. Living spaces on the other floors are deliberately casual.

The furniture was chosen to complement the clean, modern lines of the house. In keeping with the colour palette, most of the main furniture pieces are in neutral tones, with colour accents introduced in art works, rugs and cushions.

"Visually, it's a very powerful house, so we have kept it uncluttered," Wood says. "Rather than add lots of bits and pieces, the owners have opted for large pieces that help retain the simple, open look."