Remodeling this kitchen included a revamp of the surrounding areas. Rooms off the kitchen were enlarged, extra rooms added, and connection to the outdoors improved

Remodeling a kitchen often has implications for the surrounding areas. Whether you need to borrow space from an adjacent living area, or simply enlarge your whole house to accommodate the new kitchen, the work is rarely about one area in isolation. For the owner of this home, changes to the kitchen were a small part of a major remodeling exercise. She wanted a more modern kitchen, but also decided to enlarge the adjacent laundry room, re-designate the breakfast room as a larger keeping room, and create a wet bar, home office, and back hall. The homeowner says the main problem with the original kitchen was its inefficiency. “It had everything in terms of appliances, but the work triangle was too big,” she says. A further requirement was to create better access to the outdoor swimming pool, previously only visible through a small window above the kitchen sink. Designer Bradley Cruickshank says the indoor, outdoor flow is now much more fluid. “The way the kitchen now opens to the pool and new covered porch is much more direct and more dramatic, gives a better view, and lets in more light,” he says. The new kitchen is designed to fit in with the style of the rest of the house, which is French Revivalist. This is reflected in the choice of cabinets, which are traditional in style, and in mixed finishes and colors to make them look like pieces of furniture. “There’s an obvious attempt to add a sense of history, to try to make the kitchen more distinctive,” Cruickshank says. Other references to history are the recycled wood used in the kitchen, the antique backsplash tiles, and the etched glass doors in the wet bar. 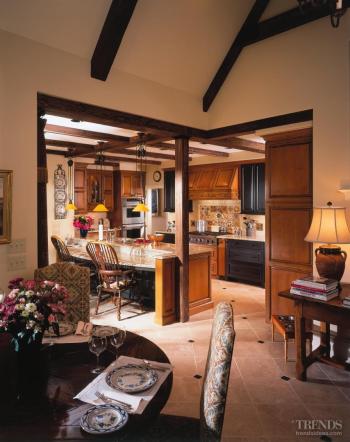 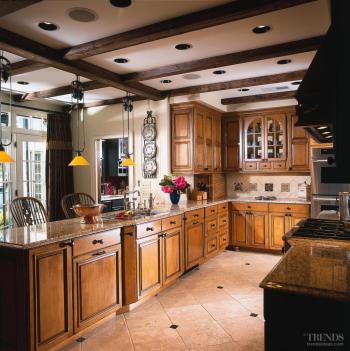 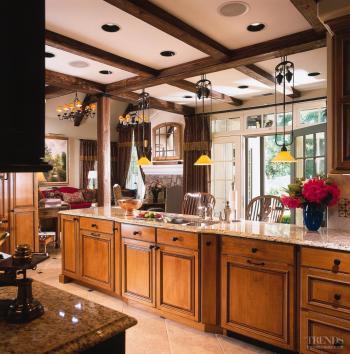 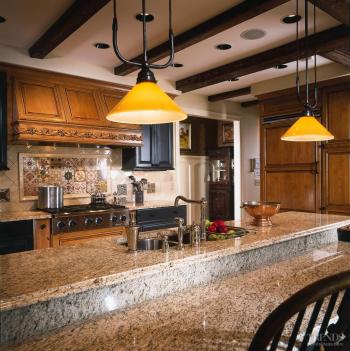 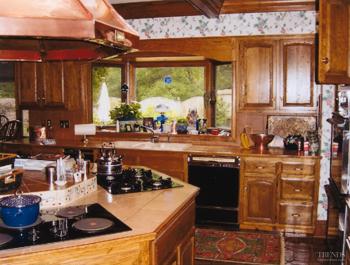 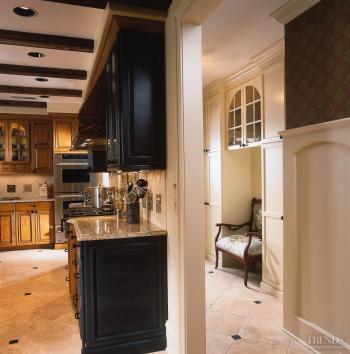 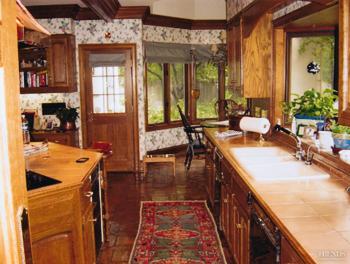 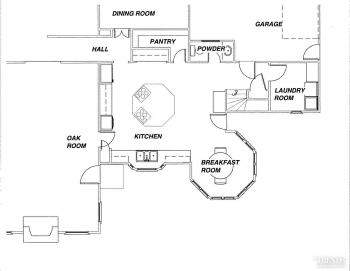 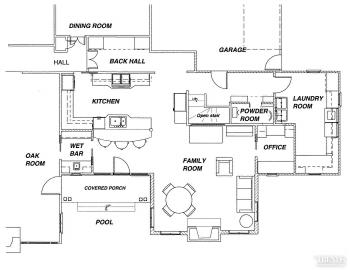 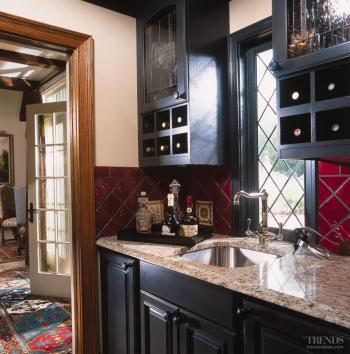 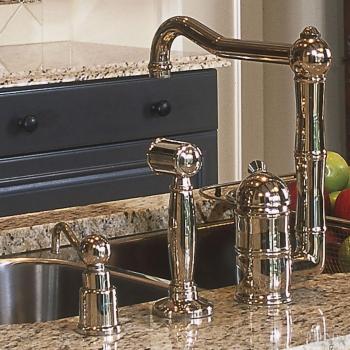