One key aspect of designing a new kitchen is to make sure it's well connected to adjacent areas of your home. That can mean connecting to outdoor areas, including a pool, so you can still supervise the kids while preparing a meal.

But this kitchen design by Clinton Cole of CplusC Architectural Workshop takes that link so much further. It doesn't just overlook the pool, it gives an underwater view too.

The kitchen and pool are on the ground floor of a two-storey family home Cole designed for a narrow, 10m x 35m site.

"The site was hemmed in by buildings on the north and south boundaries, and the owner wanted to have a pool," says Cole.

His house design is much like a box with one wall pulled back from the boundary to accommodate the lap pool. This brought light into the depth of the plan, plus the pool also became the means to reflect and refract light into the home. 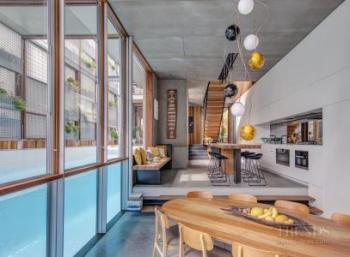 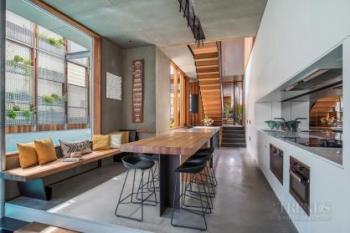 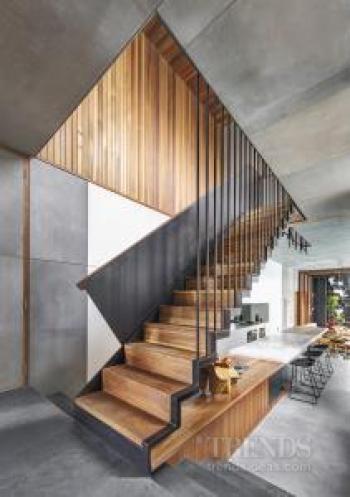 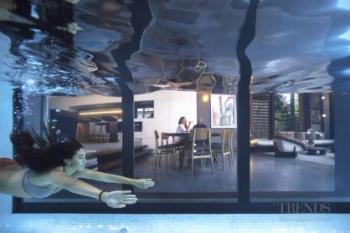 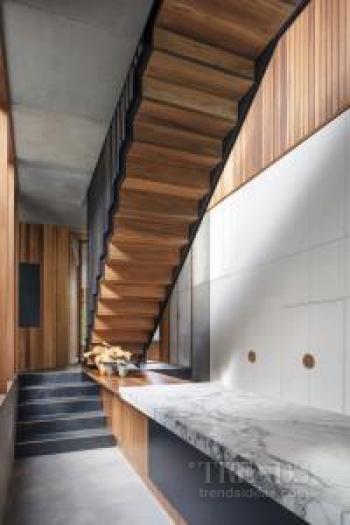 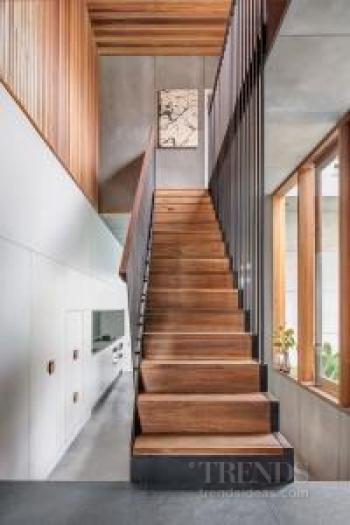 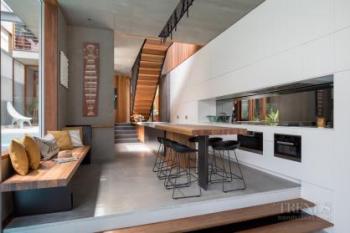 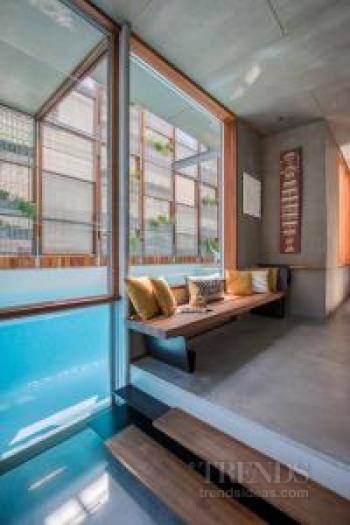 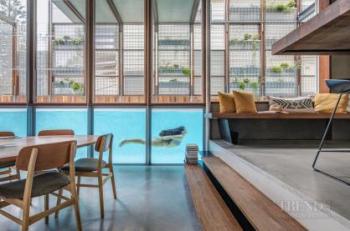 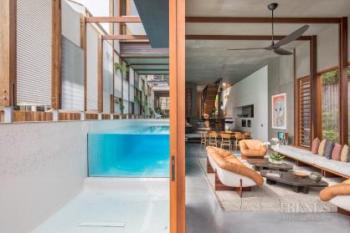 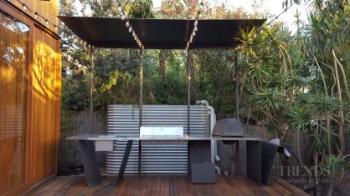 But this arrangement also cut into the home's interior space, including the kitchen. Part of Cole's solution was to have the pool butt up against the house, and from that came the idea to make the common wall transparent.

"You sometimes see a port hole in a pool, but they're usually inset in a mass of concrete," says Cole. "Here, we've combined the glass and the expressed structure of the pool and made it the internal wall of the building."

The result is not just underwater views both ways between pool and kitchen – vertical sliding Shugg windows in this wall means there's a very close connection above water too.

"Because the space left for the kitchen is such a tight width, we've compensated with a 4.6m ceiling height. Plus the kitchen is intrinsic to the circulation path through the space."

Two sets of steps lead from the home's entranceway down into the kitchen – with a suspended sculptural staircase acting as a screen between the spaces. This provides two pathways through the kitchen leading through to the dining and living areas beyond.

The owners are very much entertainers, and the kitchen is designed so family or friends can interact without interfering with food preparation. The island bench and galley configuration enables this interaction within the narrow footprint available. A timber day bed provides casual seating to one side of the space, while the breakfast bar borrows from the circulation space.

"It was essential that the kitchen function as efficiently as possible as the heart of the home," says Cole. "This included making sure there was as much clear bench space as possible."

Pull-out pantries provide generous storage, while a wine fridge, double-door fridge and a dedicated ice-maker are all integrated into the cabinetry. Cole has even managed to utilise the high overhead cupboards for long-term storage of items like suitcases, making up for the lack of a garage or shed on the property.

Visually, the material palette is restrained.

"We've used very raw materials. The walls and ceiling are in Kobe board – a cement impregnated chipboard. The benchtop consists of an orange-oiled spotted gum slab, used as a cutting board, while the central marble section is for pastry making."

The kitchen steps are tiled in slate with a brass trim edge, and floors throughout are in burnished concrete.

All of these features make this a kitchen that's an intrinsic part of the other living spaces.

"It's not a ‘hey look at me' space. It's one that family and guests are always engaging with – the preparation of food is almost incidental."