A bold new tower and shopping hub, together with the rethink of an adjacent podium, create a new retail dynamic in the heart of Brisbane

When planning the addition of an office tower with retail podium to an inner-city environment, an architect has to ensure the new build engages with the cityscape, and makes a strong connection at pavement level – creating an aesthetic that will draw shoppers in from the street. In addition, the podium and tower structure have to enjoy their own sense of visual connection.

This development – Q&A – undertaken by architectural firm Arkhefield and ARM, with Frank Ehrenberg as project architect for Arkhefield, involved several areas of operation: the refurbishment and replacement of the facade on the podium levels of 141 Queen Street (T&G), and the creation of an adjacent three-storey retail podium on Albert Street, with an eight-level tower rising above it.

"The work also involved creating a laneway that both divides and visually connects the existing and new buildings," says Ehrenberg. "All work, which ran over four years, continued without disturbing the operation of existing offices and retail – a major logistical achievement in its own right."

Prior to starting, the Queen and Albert Street intersection had been cluttered with a make-do visitor centre, public toilets and exhaust vents for a bus tunnel below. The function of Albert Street as a pedestrian area had been interrupted by vehicles entering the basement of the T&G building.

"The first stage required the reorganisation of the public space, including the removal of the visitor centre, relocating the services and rerouting the vents to free up the Queen-Albert corner for the new build," says the architect. "This created the opportunity for a new meeting place on the primary corner. Vehicle entry for T&G basement parking was moved to Elizabeth Street, which freed up additional retail and social space at the popular upper end of the Albert Street Mall opposite." 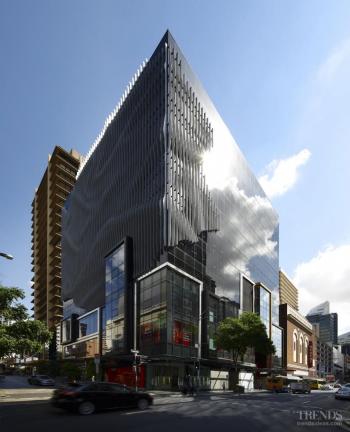 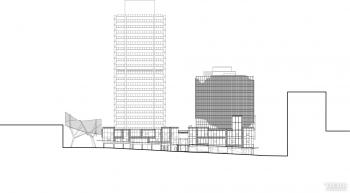 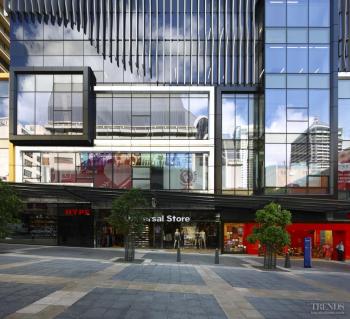 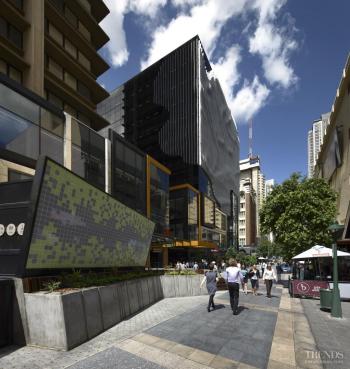 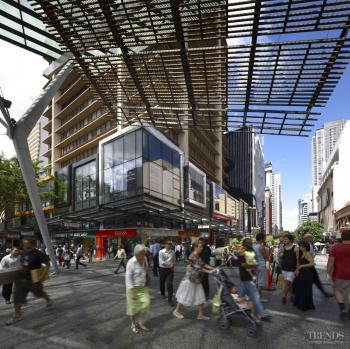 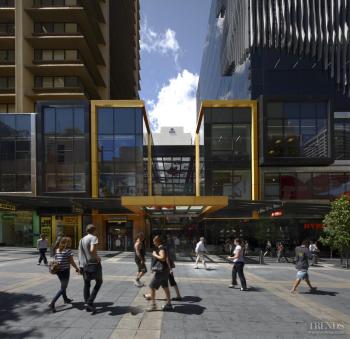 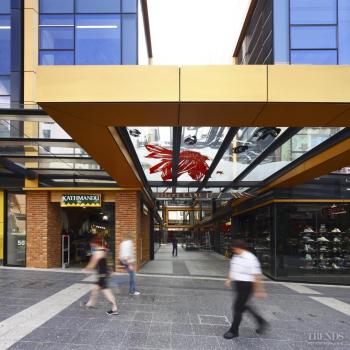 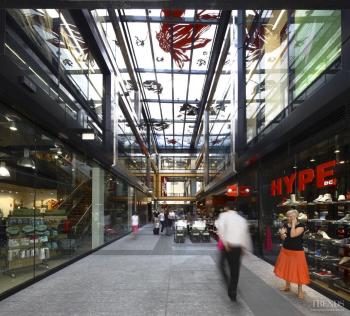 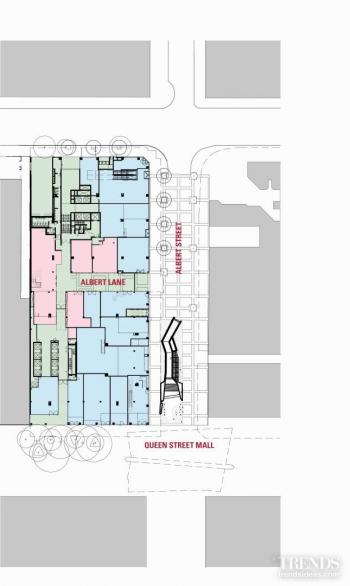 With the podium shopping levels in the new tower worth more in financial terms than the eight floors of brand new office space above it, ensuring a prominent, vibrant retail signage was imperative.

The refurbished podium and new tower were conceived as one element, providing a street-based focus to this precinct. The facade comprises a series of coloured and patterned interlocking frames, to suggest the range of retail arrangements over the podium floors inside. This provides tenants with a streetside identity, and a display and signage opportunity within their own high-level shopfront, while its lively, geometric face fits in well with Brisbane's youth culture. Select frames protrude from the facade plane, extending the playful quality of the articulation.

Pedestrian access points, highlighted with double-storey golden frames, form the entry to both the existing and the new towers, and guide the way into the newly created laneway and basement retail. These activate the streets and lane at ground level.

"Visually, the limited height, box-like tower is linked down to the retail podium by the multi-storey frames," says Ehrenberg. "The squat tower has no setback to either main street – creating a sheer 11-storey face. To soften the look, a drape of precision-configured laser-cut fins was applied to the building, providing the internal office space with shade, acting as a sculptural element that gives the impression of movement, and at the same time, disguising its stumpy proportions."

The buildings feature a graded glass awning that follows the slopes of Queen and Albert Streets. This is configured at the maximum permissible height to emphasise the street volume and overcome height restrictions to the corner of the existing building.

"The glass roof is separated from the podium so it reads as a separate element. The glazed awnings, with minimal framing, promote the vistas down Albert and Queen Streets," Ehrenberg says.

The development also acknowledges the site's history. Art in the lobby of the commercial tower pays tribute to the previous occupant of the site – the Metro Cinema, built in 1937. A heritage plaque is integrated into the ground-level facade.

However, it is in terms of the future that the project speaks loudest. Upon completion, all office space in the tower had already been leased. Similarly, all retail space in the revamped old podium, in the new podium, along the street fronts and the laneway is occupied and open for business. Arkhefield and ARM have taken a prime inner-city location and maximised its potential as a chic shopping mecca.