Tradition is challenged by this new office low-rise

The adaptive re-use of prime CBD sites is transforming many of our cities, with Sydney the latest to benefit from an innovative development that merges commercial and public amenities on a grand scale.

Darling Quarter, which connects the south end of Darling Harbour to the city, is a collaborative development between Lend Lease and the Sydney Harbour Foreshore Authority (SHFA). Lend Lease says the development provided an ideal opportunity to establish a new urban model for the future – a precinct where interactive work, retail and play amenities are integrated in a low-rise, campus-style commercial development.

"Already, the precinct has been activated by bringing all these amenities together, along with a new pedestrian link. The Civic Connector, as it is known, creates a gateway to Darling Harbour, connecting to Town Hall station, Chinatown and the Darling Harbour waterfront." 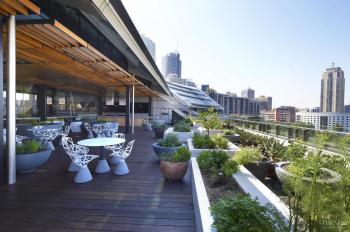 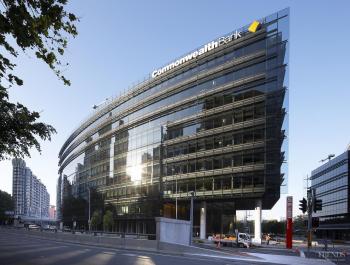 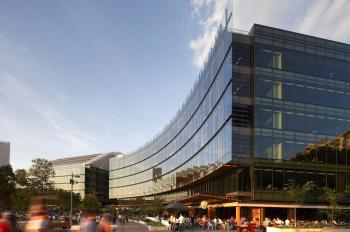 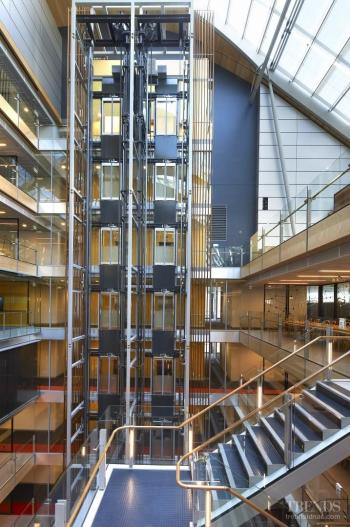 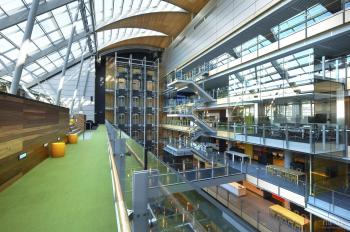 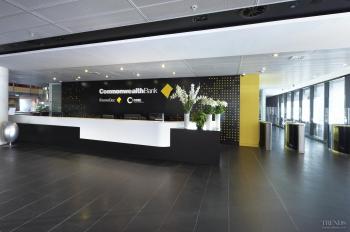 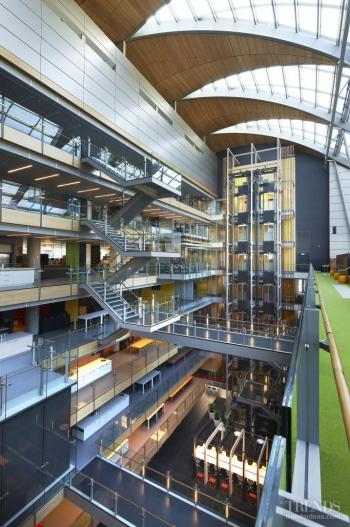 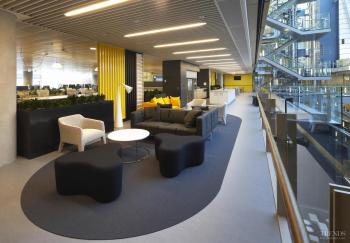 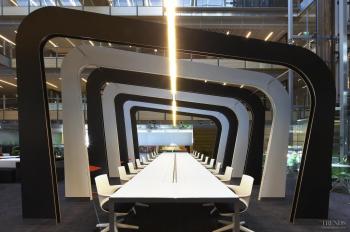 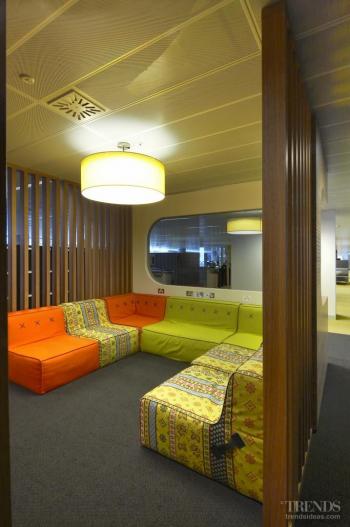 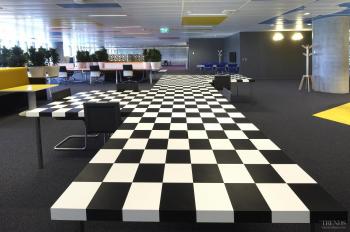 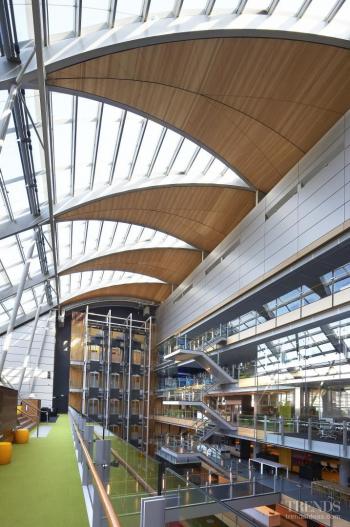 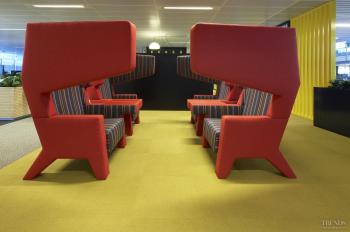 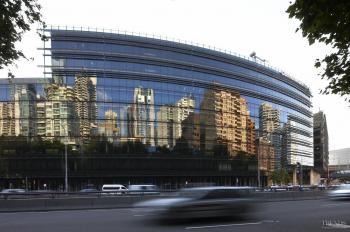 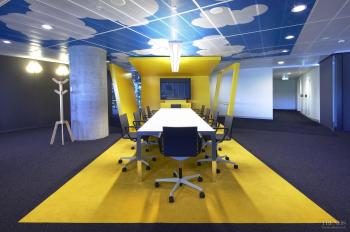 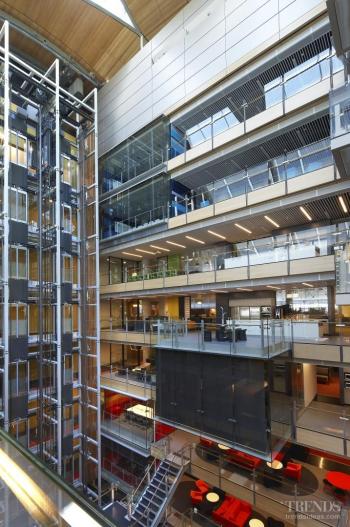 "The campus environment was created by giving over the ground-floor space to pedestrians and retail outlets, and positioning the office space around two asymmetrical, full-height atriums," he says. "The soaring atriums, with their open, interconnected office facilities are almost like an extension of the activated ground plane, which essentially rises up through the interior. Lifting up the office space was also a way to ensure the ground level could be activated by retail outlets, bars and cafés. And it meant we could create a promenade terrace overlooking the park andchildrens' playground, which are key elements."

Francis-Jones says the scale of the building was kept low to better engage with the public domain – it appears to step down towards the park and harbour. The sweeping curve of the building also embraces the public areas, which reinforces the importance of the green spaces.

"The building has two quite different faces. On the harbour side, it presents a highly transparent glass facade with a screen of automated timber louvres visible behind the glass. The timber mullions are irregular in their spacing, which conveys a forest-like effect, especially on the interior.The wood helps to soften the building visually, and gives it a real warmth. The other face, to the city, features polished aluminium sunscreening and glazed systems that give it a slightly harder edge."

A sweeping roof form, curved in two different directions, imparts a sculptural look. The effect is enhanced by timber leaf-like elements that fold over towards the public domain. The rest of the curved roof form is glazed.

"The glazed roof and open atrium maximise natural light, which enhances well-being. The design also opens up the views, inside and out. And it provides a strong sense of socialisation – it is a very motivating work environment. Glass lifts, bridges and cantilevered pods provide informal meeting areas that help to animate the interior and create a sense of freedom and enablement for the people working in the building."

The sense of freedom is explored further, with the interior design by Davenport Campbell and the EGO Group based on the European model of activity-based working. Workers do not have allocated desks, rather they can choose to work in any number of areas – at desks, tables or informal meeting spaces.

Workplace specialist and principal of Davenport Campbell Neill Johanson says the Commonwealth Bank of Australia was looking to create a workplace that would support its key values of innovation and collaboration. It also needed to reflect the Bank's commitment to be "determined to be different."

"Most buildings are occupied by about half the actual workforce – people may be on leave,out and about, or seconded elsewhere for a time," says Johanson. "Consequently, it makes sense to keep real estate costs to a minimum by providing work space for the people who are actually in the building at any given time. Empty office space is an unnecessary cost.

"Providing the most productive workplace is all about giving people the business tools they need for each specific task, rather than forcing everyone to sit at a desk. Providing a mix of collaborative areas and quiet spaces, and a raft of options in between can dramatically reduce the amount of office space required. Studies show that 20% less space is needed for an activity-based workplace. It is also the best way to reduce the carbon footprint. Essentially it is a whole new language that requires new technologies to make it work."

Johanson says Davenport Campbell and the EGO Group worked closely with Veldhoen & Company, researching work styles and matching these up with workplace settings. "The mix of circular, linear and kidney-shaped workstations allows people to work in slightly different ways. Home zones have been created, where workers spend the day. Each zone has its own lockers, workstations, tables, breakout areas and informal seating areas. In addition, there are giant communal areas, called plazas, on the ground floor, for meetings and informal conversations."

The fit-out is also defined by bright colour and sculptural furniture. Johanson says the scheme was influenced by the natural light in the atrium. More reflective colours were specified for the lower levels, so they would bounce light around and illuminate the deeper parts of the building.Closer to the glazing at the top of the atrium, the scheme features colours that absorb the light.

In addition to a highly efficient building envelope, there are numerous other sustainable design initiatives. These include chilled beam air conditioning technology, 100% fresh-air circulation, and a trigeneration plant that generates electricity, heat and cooling, significantly reducing carbon emissions. There is also a blackwater treatment system, with water reused for toilet flushing and cooling tower water supplies. Other significant features include a 300,000-litre rainwater harvesting tank, withrecycled water supplied to the public domain; the use of low VOC materials; and motion-sensoractivated lighting. During construction, approximately 80% of on-site construction waste was recycled.