Despite having an array of antiques and artefacts on display, this house remains relaxed and informal

For a homeowner with an extensive collection of antiques and artwork, there is a risk that the house will begin to resemble a museum. In order to avoid this, interior designer Elaine Murray created a series of comfortable, usable rooms in this house. Despite each room having its own individual character, the house is united by common materials.

"The homeowners requested that every room have its own function, as they were not fond of superfluous spaces. Although the house is filled with some interesting and expensive antiques, there is a casual, intimate feel," says Murray.

This sense of informality is evident in the architecture of the house. The exterior has a relaxed presence, despite being large and stately, says Murray.

"The architecture of the house relates to that seen in rural Ireland or France, with multi-paned windows and a steeply pitched roof. There is a mix of styles internally and externally."

Stonework and exposed timber beams can be seen throughout the interiors, and doors are eliminated, except when needed for privacy. This prompts movement through the rooms and furthers the intimacy of the design. 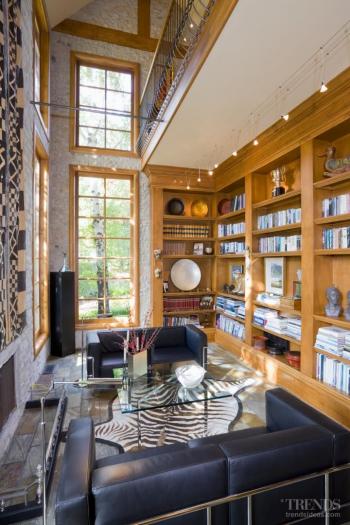 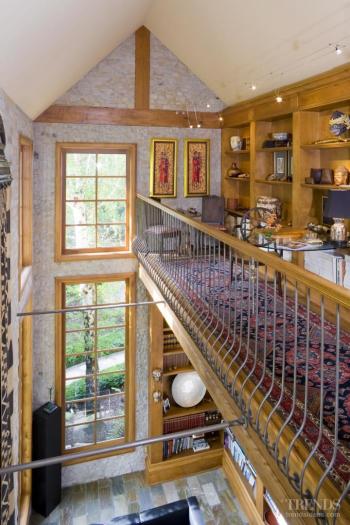 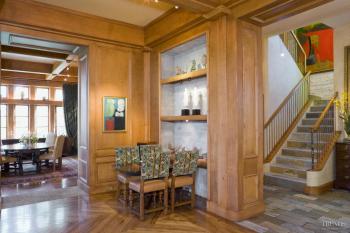 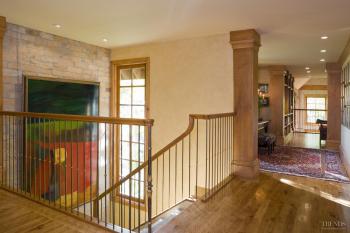 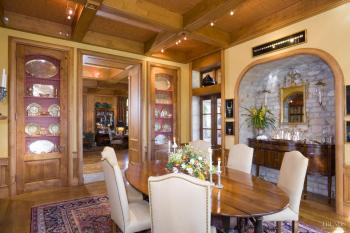 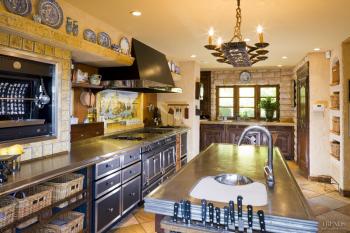 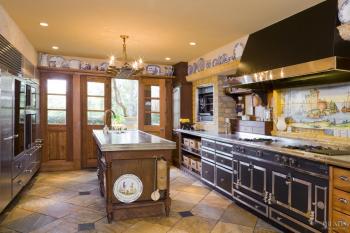 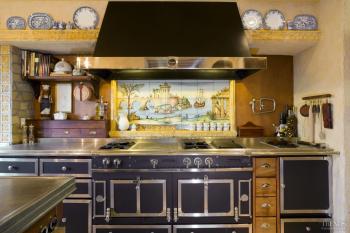 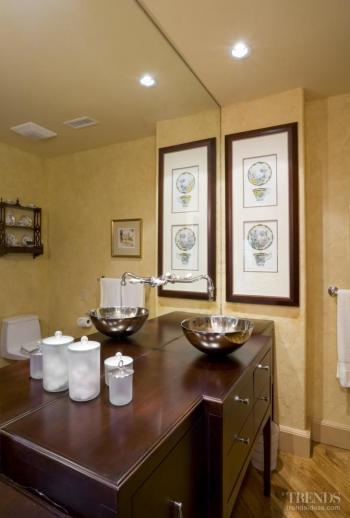 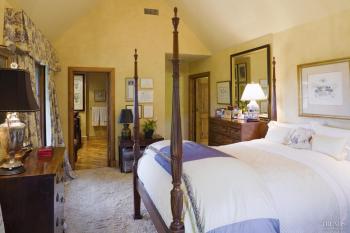 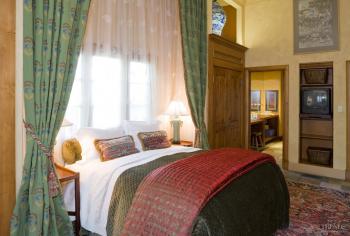 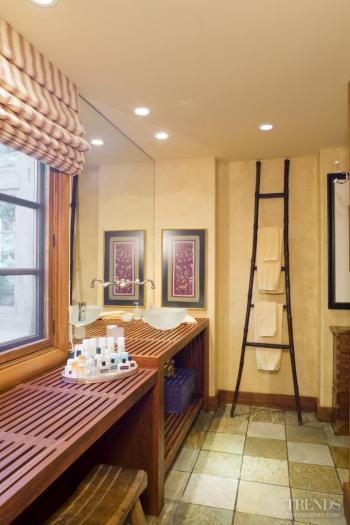 Shelving and display units in most rooms add to the informal nature of the interior. Murray says the homeowners' large, eclectic antique, art and souvenir collection was sourced from around the world.

"I created spaces to house these ornaments, artifacts, artworks and pieces of furniture, and show them in their best light. I wanted to make it possible to view the pieces up close, instead of having them locked away in a cupboard somewhere," she says.

In the library, which is a double-height room with a mezzanine study above, the walls are lined with shelves. Aside from books, these shelves house artifacts, such as Buddha heads from Thailand, as well as souvenirs, like the family's framed Rugby World Cup tickets. An original Salvador Dali sculpture depicting Christ on the cross is on a stand in the corner. The walls display African tribal tapestries, which are thematically linked with a zebra-skin rug.

In the mezzanine study, wrought iron balustrades tie in with the colonial feel created by the stonework and timber. Again, every space is usable, and an area for playing chess is set up against the wall. Shelves display Asian and African artifacts grouped together for their common earthy tones. In other areas of the house, some of the more prominent pieces in the homeowner's collection have been given their own display units, says Murray.

"The casual dining area, which is located in a corner of the living room, features a recessed stone display niche for a collection of Thai figures and heads that date from 1500BC."

On the wall perpendicular to this display is a bright Patrick Maisano painting, adding a touch of color.

Another stonework alcove is located in the formal dining room. This houses an antique sideboard, used to display silver.

"I brought stone into the room for visual interest and texture. Most of the rooms in this house have an element of stonework in them, and they are all linked by a common yellow hue on the walls, which is a very similar color to that used on the exterior of the house," says Murray.

This golden tone is repeated in the dining room, with ceiling panels of cracked copper giving the room a formal glow.

The living room, which adjoins the dining area, is home to several antiques.

"A 13th century priest's robe hangs above the mantel. There is also a lamp that I created from an antique Chinese baby bath. This can be seen near the windows."

Antiques are also displayed in the kitchen. A tiled backsplash was sourced from Italy, while blue and white china is displayed above the range hood.

"These items give the room an old-world charm, and the La Cornue appliances and cabinetry fit with this look, but provide high-end functionality," says Murray.

Aside from the La Cornue stove, cabinetry, hood and flamberge, the kitchen is complete with a Gaggenau steamer and twin ovens. Floors and a feature wall are tiled in the same stone used throughout.

Upstairs, bedroom suites are designed to suit the individual who uses them. The bedroom pictured on this page was created for a quiet-natured child who loves to read.

"The room has a classic, English style, with a four-poster bed and a blue and cream toile bedspread. The carpet is heavily textured, making the room very serene and quiet," says the designer.