French and Balinese furniture, and a mix of Aboriginal and contemporary art enhance the diverse décor of this interior designer's own home

When it came to creating an interior for his own house, designer Erick Valls chose not to follow current fashion fads. Instead, his home reflects his passion for antique furniture and art. Filled with an eclectic mix of pieces gathered from travels, the house is also a reflection of his personality.

"My home says more about who I am, rather than the type of work I do for my clients," he says. "Every piece has a history and is treasured for a particular reason," he says.

Valls says the house, built in 1929, is a Federation-style bungalow, which has been extensively renovated. The front rooms and central hallway have the spacious proportions of the original house. The existing pressed metal ceilings and fireplaces were also retained.

"It was important to highlight the craftsmanship that went into these original features," says Valls. "For this reason, the front of the house has a formal feel. However, the living areas at the rear have been opened up to a large veranda, and reflect a more casual look."

Linking the interior to the outdoors is a major focus of the house. From the front door, there is a view right through the house to the landscaping at the back, where the eye is drawn to a fountain centerpiece. 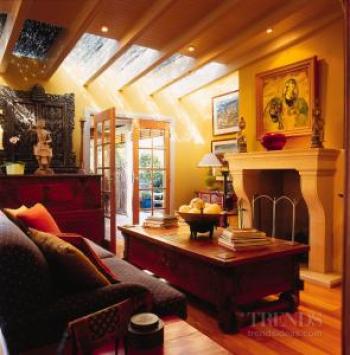 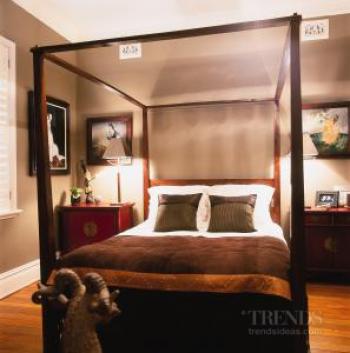 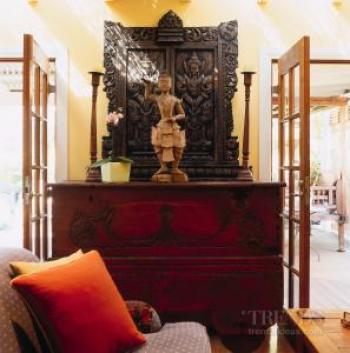 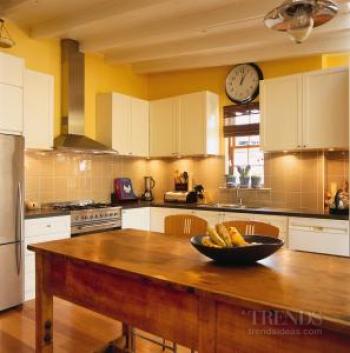 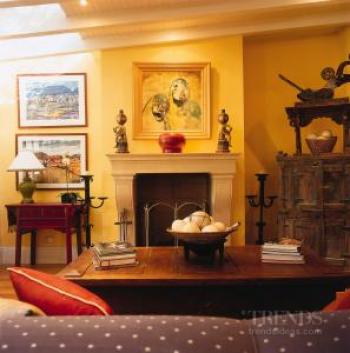 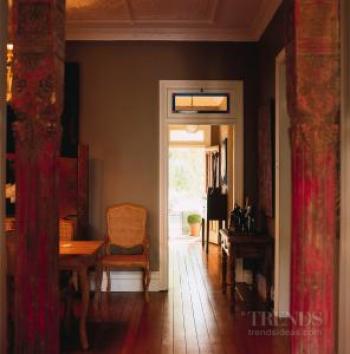 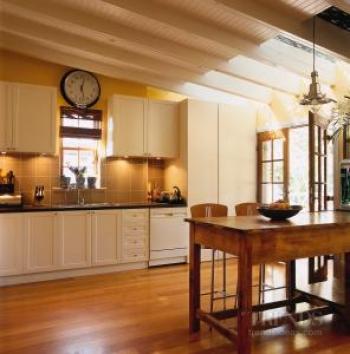 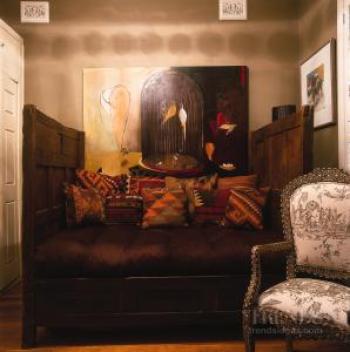 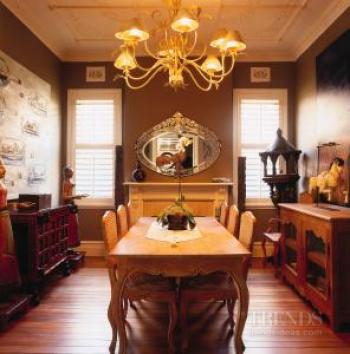 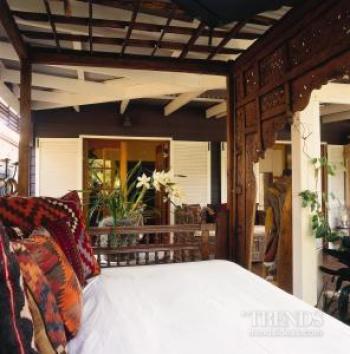 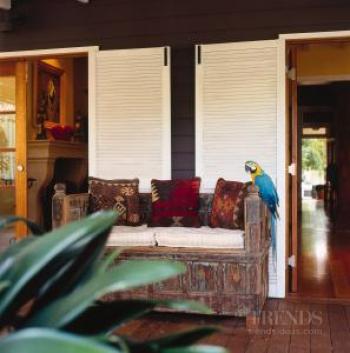 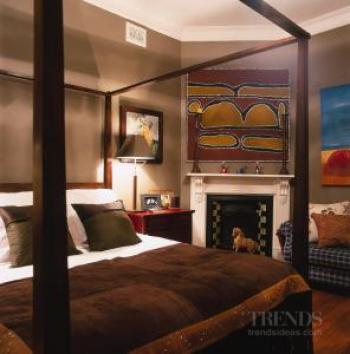 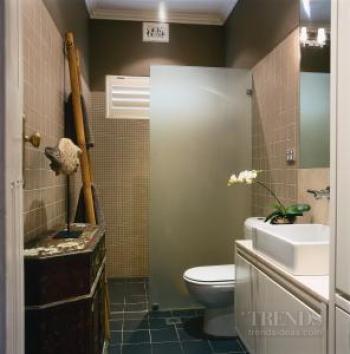 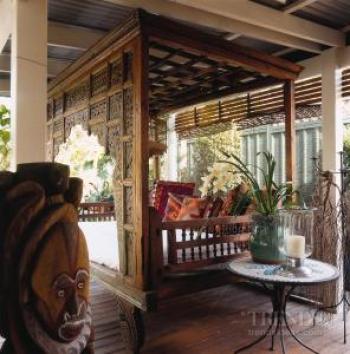 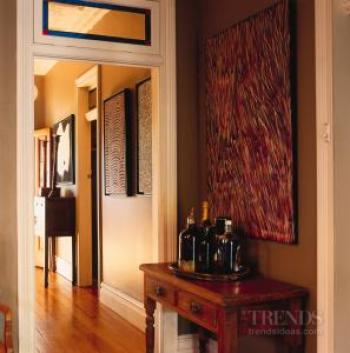 "To connect the living areas with the front door, the hallway was designed as a gallery. For visitors walking through the house, it's like taking a journey," says Valls. "The walls are decorated with a many pieces of art, including a largecollection of Aboriginal paintings."

Two carved Indian columns stand guard on either side of the passage, at the point where the old part of the house gives way to the new.

"They help define the separation between these areas," says Valls. "You get the sense that you are moving from one space to the other."

A contrast in light and color also highlights the transition between the old and new. Darker tones predominate at the front of the house, giving way to light, bright colors in the living areas.

Decorative items on the chest include an intricately carved Thai window and a Burmese statue. A substantial antique Indonesian rice storage chest on wheels is used as a coffee table.

To enhance the natural light in this room, Valls added glazing to part of the ceiling. Bamboo screens placed over the glass help to filter the sunlight.

Three sets of French doors open to the covered veranda – an outdoor room that is an extension of the living area. White shutters contrast dark weatherboards and oiled timber decking. As in other parts of the house, antique Indian and Indonesian furniture enhances the exotic feel.

Seating is provided by a large Balinese bed featuring a white counterpane and richly colored kilim cushions from Afghanistan. A carved, wooden Indian sofa is decorated in a similar fashion. The veranda also accommodates a table for casual dining.

However, despite his passion for outdoor living, Valls also has a formal dining room in the older part of the house. Here, the walls are painted a warm shade of brown, which contrasts with white window frames and a white ceiling.

The eclectic mix of decorating styles also comes to the fore in this room, which reflects a French influence – and acknowledges the designer's nationality.

Here, an antique French chandelier and a Venetian mirror are paired with modern art, painted Indian furniture and Gangore statues.

"The statues add a little severity, but strong elements like this can make a real statement in a room," says Valls.

The east-west influence is also noticeable in the dressing room, which Valls has transformed into a small sitting room. Here, an antique wooden French bed is decorated with kilim cushions, and a large painting of parrots – the birds being another one of Valls' passions.