This renovated West Coast home has a sense of East Coast formality, thanks to a well-focused floor plan, a strategic sense of scale and a dextrous use of Venetian plaster

Introducing elements of a particular architectural style into a home that was originally built in quite a different one requires careful consideration. Finding a dialogue between the two styles is part of the answer – another part is retaining the individual advantages of both.

For this renovation, the owners wanted to retain the warm, family feel of their adobe home but introduce a formal Spanish colonial influence, says project architect John MacDonald.

"Several elements were addressed to ensure the two styles would sit well together," says MacDonald. "While visitors to the home are greeted by an air of drama and formality, a hand-applied interior finish and understated detailing retain the original atmosphere."

Nestled on the edge of a scenic golf course, the home also has a strong connection with the outdoors.

The entry courtyard is typical of Spanish colonial architecture, where a home is often oriented around an outdoor room, says project manager Gregory Graham. 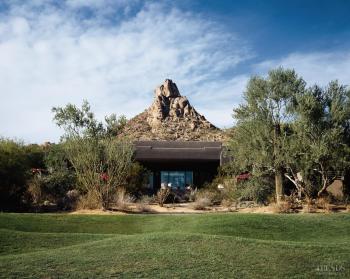 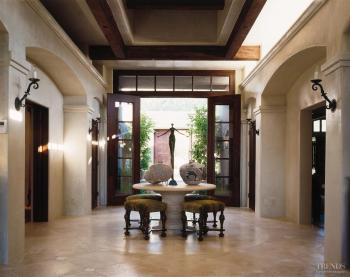 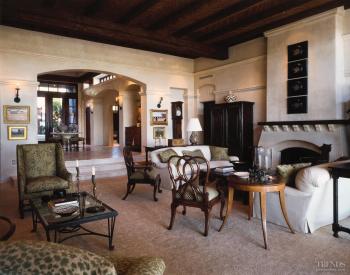 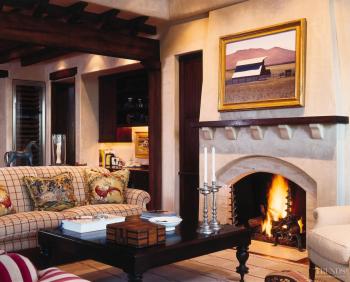 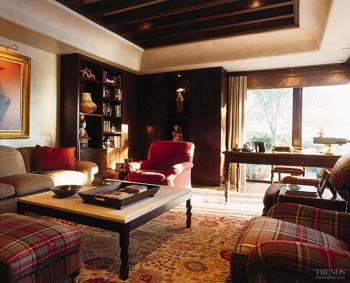 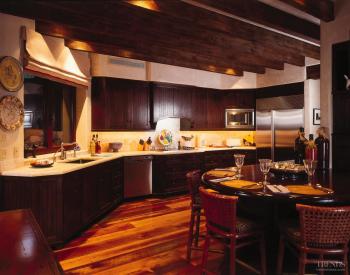 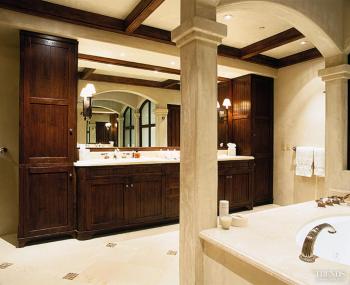 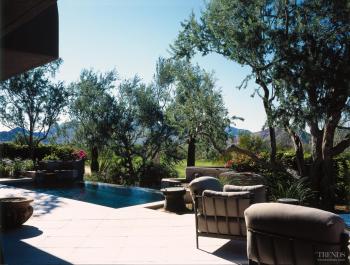 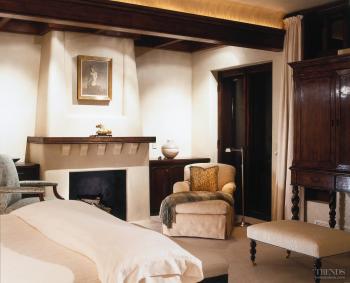 "From here, colonial-style plaster walls reach up from polished limestone floors to create a dramatic entrance to the interior," Graham says. "These sweeping surfaces achieve a look of formality, while the soft, fluid nature of the plasterwork walls recalls the home's adobe origins."

Venetian plaster features throughout the interior spaces and provides an important link between the home's original architecture and its rejuvenation.

"This type of plaster is applied by hand-trowel and achieves a fluid, crafted feel," MacDonald says. "Crushed marble is rolled into the plaster when wet to achieve its integral color."

"Architectural details, such as cornices and corbels, are all built up directly from this plasterwork, rather than being created separately and grafted on," says MacDonald. "The classic detailing contributes to the East Coast feel. As part of the single body of plasterwork, it helps to achieve a similar, free-form look to the home's original adobe construction."

The foyer has a high ceiling, capped with a skylight that floods the space with natural light.

"This skylight, along with a liberal use of glazing at the front entry, makes for a strong connection to the outdoors," Graham says.

Other natural materials in the home make a play between the regal and the rough and ready. Wood features extensively within the design. Rough Douglas Fir beams were used for structural purposes, with the more refined Western Alder woodwork used for interior doors and cabinetry.

Small, wood-framed windows at the entry and above the arches lighten the weight of the structure.

The lie of the land underneath the home runs down from front to back. Steps lead down to the hall from the courtyard, while another small flight of steps leads to the spacious great room beyond the hall.

Here, the ceiling height remains the same. Teamed with the drop in floor levels, the effect is dramatic. The dark wood ceiling draws attention to the scale, at the same time giving it a more human proportion.

To similar effect, the floor-to-ceiling fireplace helps pull the 14ft-high room's proportions together.

A structural beam in the living area runs through to the kitchen and is crowned with a trellis-like structure of exposed wood. This trellis softens and lowers the effect of the original ceiling. Its traditional outdoor use provides a further element of the home's indoor-outdoor dynamic.

"The master suite is an example of the entire home's interior in miniature, but with a softer touch," says MacDonald. "Rough wood is set against the tinted Venetian plaster, while the central soffit and strip lighting help to split up the room and increase its feeling of intimacy."

At the rear of the home, an infinity-edge pool draws the eye to the scenic views beyond.