A single bathroom becomes two in this remodel

In the world of remodeling it's quite common for two rooms to be combined to make one larger space – less so, for one room to be divided into two.

Architect John Idstrom AIA was asked to turn a master bathroom into his-and-hers spaces as part of a renovation project.

"The clients had recently purchased the property and were looking to update the 1980s feel. In their previous home they had enjoyed separate bathrooms and they wanted to explore the possibility of achieving that here.

"There were several factors in our favor. Firstly, the original room was fairly large but badly laid out, which meant there was poor use of space. Also, the bathroom is situated on a corner of the dwelling, which gave us two exterior walls and ample natural light through existing windows."

Without changing the footprint, Idstrom reconfigured the space to include everything the clients wanted. 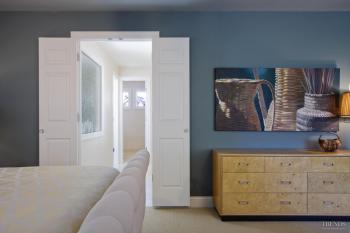 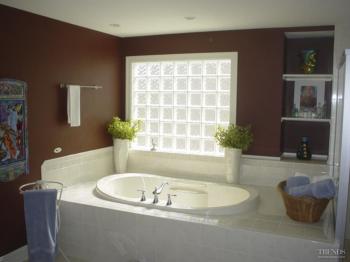 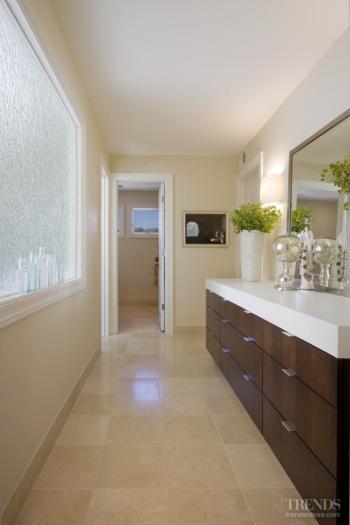 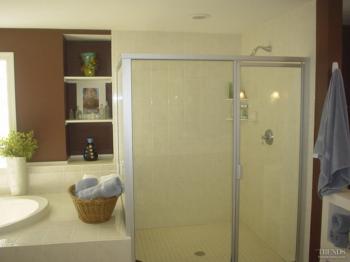 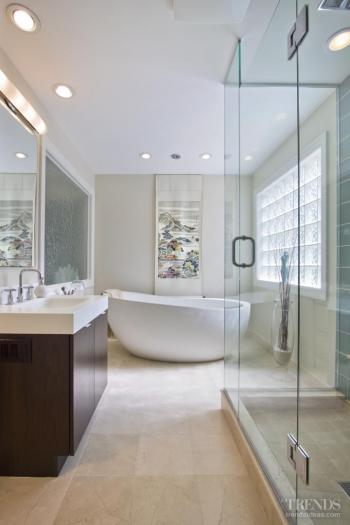 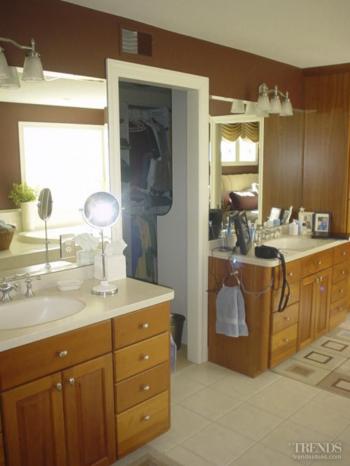 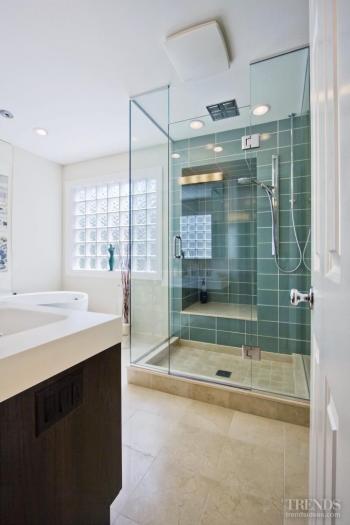 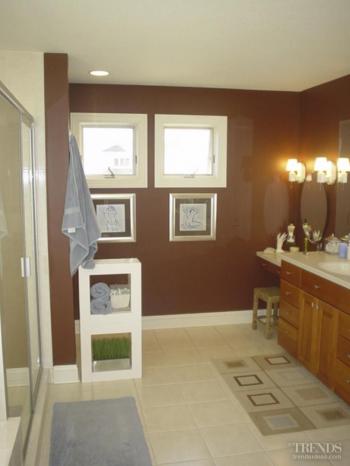 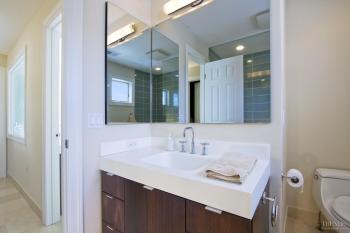 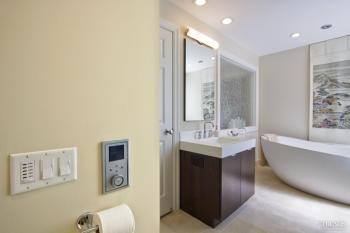 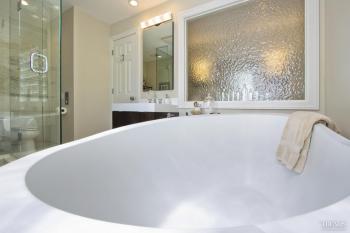 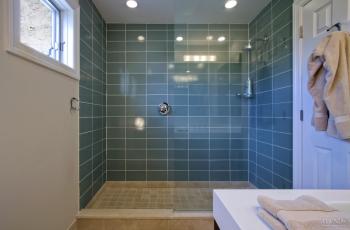 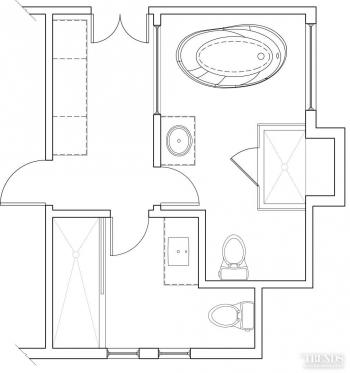 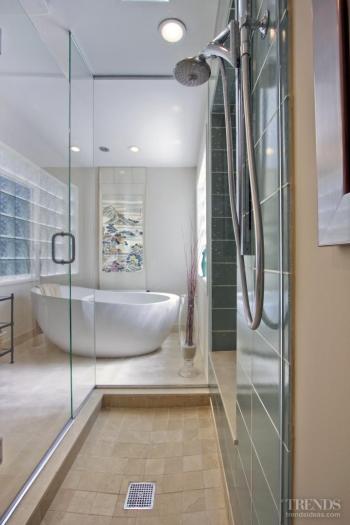 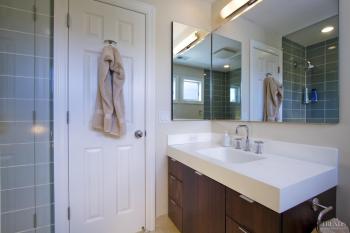 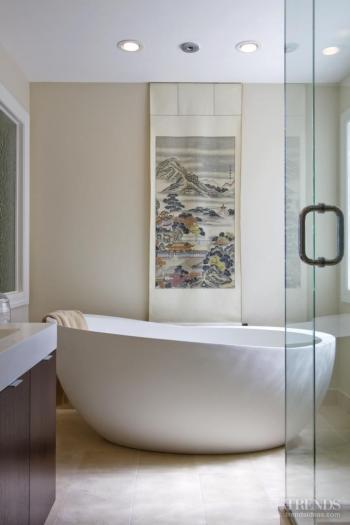 "Two walls were constructed to divide the space, creating a dressing area-hallway from the bedroom. A large window, mirroring the existing external window, allows natural light to penetrate into this space.

"The bathtub was repositioned to sit perpendicular to the shower and the ceiling-mounted tub filler provides a seamless space around the bath itself. Within the shower stall, space was borrowed from the chimney breast to create a bench."

For his bathroom, a shower stall and toilet were all that was required. The one touch of indulgence is the mirror with integrated television screen.

"On paper it's a fairly simple project – the rearrangement of an existing space. In reality, the finished result exceeds this outcome because it gets to the heart of the way the clients interact with the space," says Idstrom.