With its dark walls, modern art and theatrical columns, this New York loft has an air of mystery and intrigue

A pied-à-terre is not always a simple pad in the city. Today, it is just as likely to be a luxurious loft apartment with all the comforts of home – and then some. This New York apartment, designed for a Spanish businessman, reflects an unconventional approach to loft living.

Architect Gavin Macrae-Gibson says the loft, in a former industrial building in lower Manhattan, was originally a raw concrete shell – but it was well proportioned. With its high ceilings, large floor area and floor-to-ceiling steel windows, the loft was well suited to the owner's needs.

"The client wanted the interior to provide a series of overlapping environments," he says. "It needed to function as a gallery for his modern art and antiques collection, and provide a living space, media room, two bedrooms and a Japanese-style tea room."

The entrance passage forms a gallery, which leads to the open-plan interior. Macrae-Gibson says the long, curved walnut bookcase funnels the view from the entry, rather like a cone of vision that leads the eye to the terrace and the view beyond.

The interior is reminiscent of a museum, where special objets d'art are displayed so they are illuminated against a dark backdrop. Here, the walls and ceiling are painted in a dark anthracite color, while the four structural columns are a deep terra cotta. 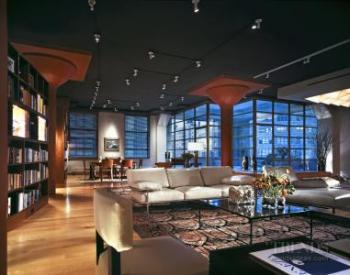 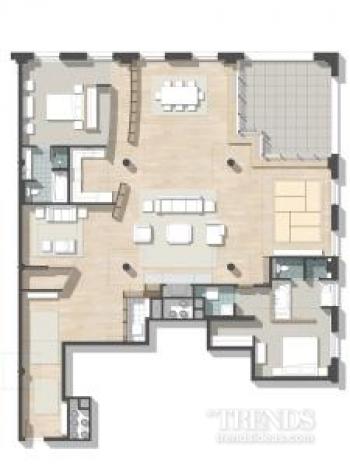 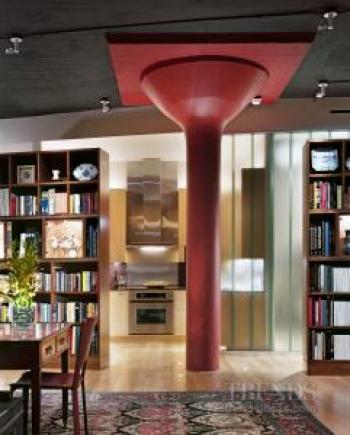 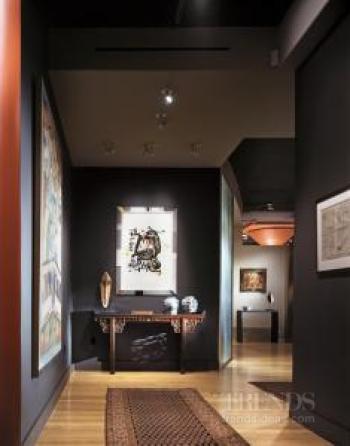 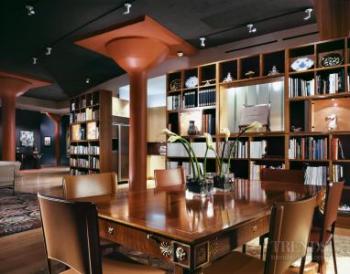 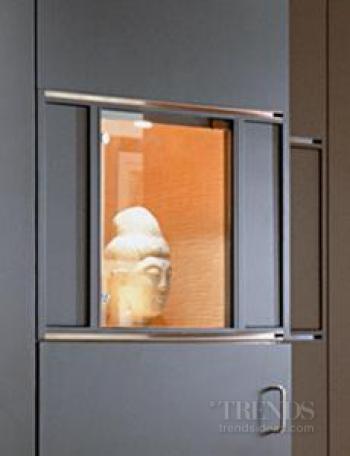 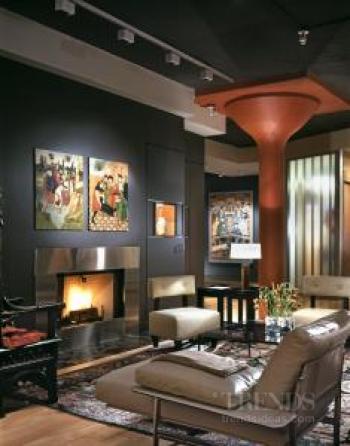 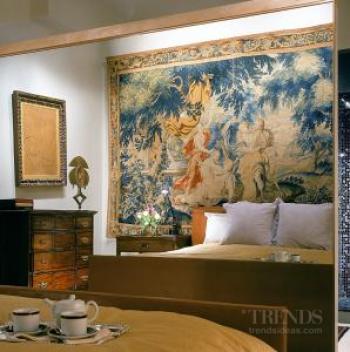 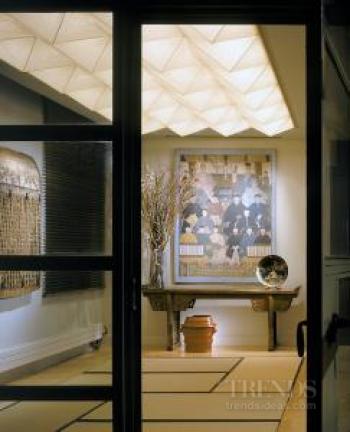 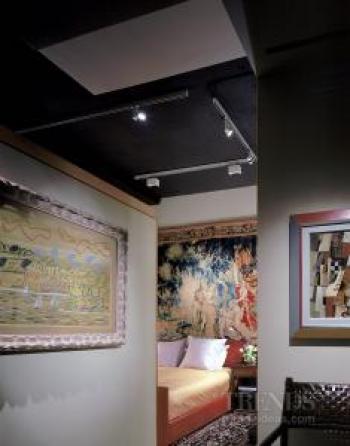 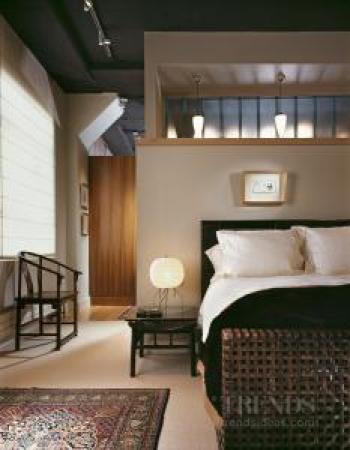 Macrae-Gibson says the columns reference the loft's industrial heritage, so they are deliberately dramatized by their color and uplighting. Their robust form is also juxtaposed by more delicate elements, such as the translucent walls that conceal a bedroom and part of the kitchen, and a folding origami-style light fixture above the tatami mat in the tea area.

There are no doors to the bedrooms – the rooms are arranged like mazes, with the design ensuring privacy is not compromised.