Past, present, future – this new house presents a series of linked, gabled forms that convey the sense of a home that has evolved over time

Down the years Discover this article's resources 0

Traditional period homes are defined by their charm and character. But it's not just the architecture that appeals – it's also the sense of permanence and history that endures.

This new house, which adjoins a country club golf course, was designed to recapture these very qualities. Architect Paul Hannan of Sala Architects says it was also designed to look as though it had evolved over the years.

"Traditionally, such houses were added onto as family circumstances changed," he says. "This house tells a similar story. The main volume, which is clad in local stone, references the original house that might have existed on site, while the gabled forms at either end feature clapboards. These structures can be perceived as add-ons."

"It's a style that will stand the test of time. It will probably always be impossible to tell exactly when the house was built." 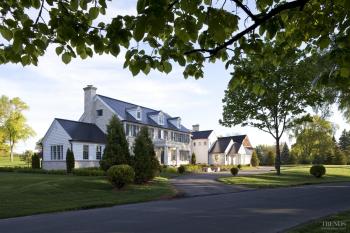 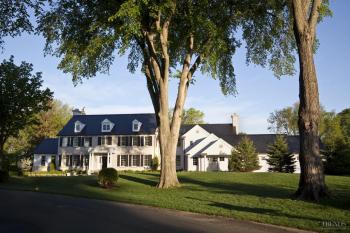 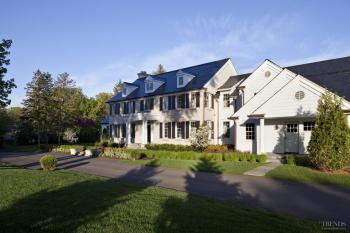 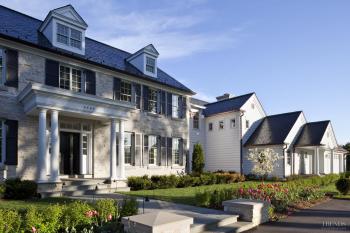 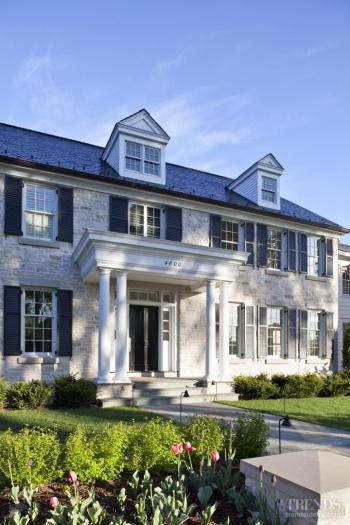 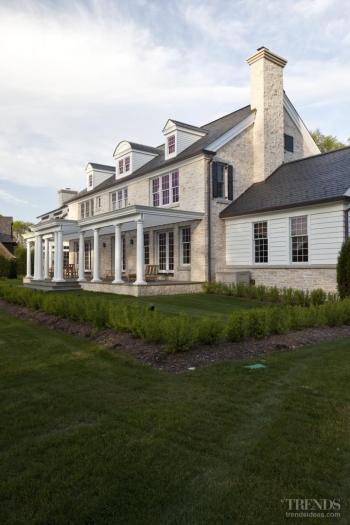 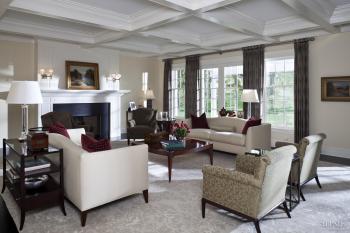 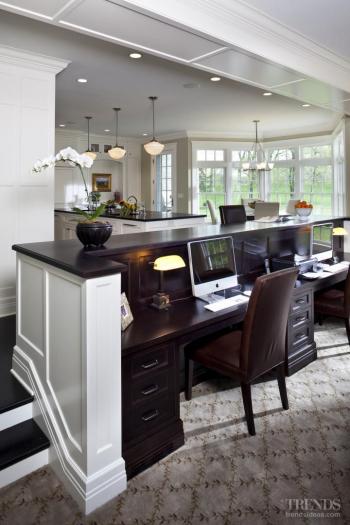 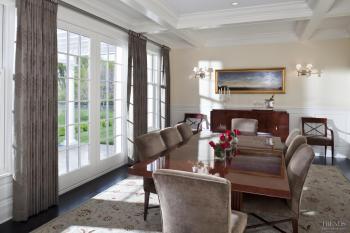 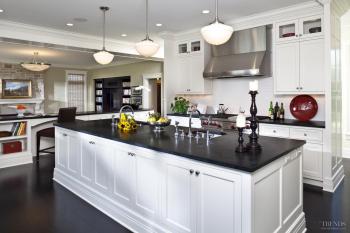 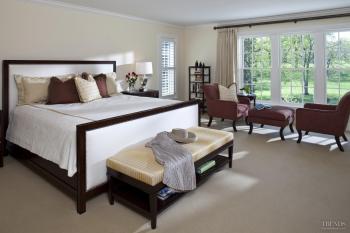 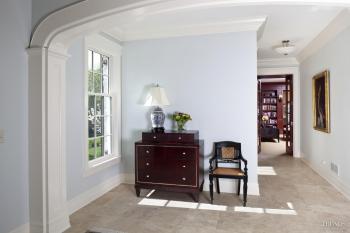 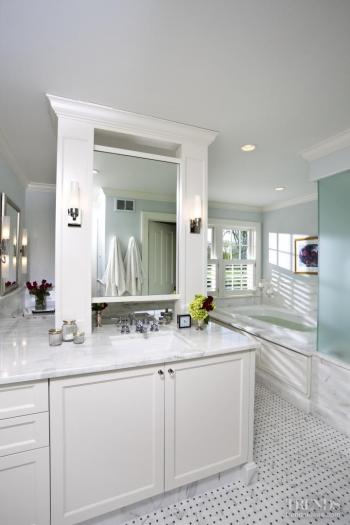 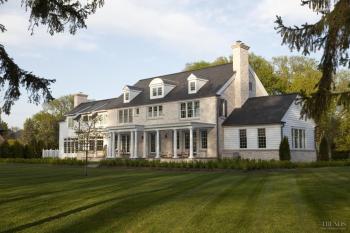 To give the main stone building a strong visual presence, the formal entry features a decorative portico and is a few steps higher than the family entry to the mud room on the right.

"The elevated floor level of the formal part of the house gives it more prominence," says the architect. "The split levels also allow for a higher ceiling in the family room, which makes it appear more spacious."

Hannan says it was important that the house stay true to itself in terms of continuing the traditional detailing on the interior. This includes elaborate coffered ceilings in the formal living and dining areas.

"Because this space is relatively large, we didn't want it to appear as a large, empty volume. Coffered ceilings add visual interest, and the design also means the ceiling level could be a little higher without needing to raise the level of the floor above."

Hannan says the detailing of the coffered ceiling elements changes subtly between the living and dining rooms, and also in the main circulation area between these rooms. Although subtle, the different treatment helps to define the different spaces.

The architect says the fireplace surround is deliberately simple, to create a backdrop for the furnishings and art work.

"I think understatement speaks a lot louder and more clearly than overstatement," he says. "It was more important that the eye was focused on the overall composition, rather than a specific detail."

Interior designer Talla Skogmo of Engler Skogmo Interior Design says the owners wanted the interior to have a classic, but clean-lined look. Because the family entertains a lot, the design needed to ensure all the space would be used. It was also important that the furnishings complement rather than detract from the architecture, she says.

"A soft, silver-grey Chinese silk and wool rug with an oak-leaf pattern provided the foundation for the furnishings in the living room," says Skogmo. "This is paired with Baker sofas and A Rudin Heirloom chairs with sabre legs and small rolled arms. Nothing is overstuffed, but we did introduce cut-velvet pillows in a deep claret colour."

Skogmo says the traditional look of the interior is enhanced by the owners' choice of a pale colour palette.

"The soft yellows and blues on the walls are not pastel shades, but faded Federal-style colours that provide an ideal backdrop to the furniture and oil paintings."

Despite the traditional detailing and the formality of the entry, living and dining rooms, the house was designed to cater to a modern family lifestyle.

"The way the spaces connect and flow is very contemporary," says Hannan. "Family life today is much more centred on the kitchen and family room. Meals no longer appear as if by magic from an invisible room at the back of the house. This house reflects the greater social interaction involved in meal preparation."

The kitchen is slightly elevated above the adjoining family room, which allows a good visual connection between the two spaces. Built-in computer workstations help to define the two rooms within the overall space.

"The kitchen was designed so several people could work at the same time," says the architect. "There is also a walk-in pantry, butler's pantry and a wine room off the dining room."

Bedrooms are all located on the top level, and positioned to maximise the views of the golf course. The spacious master bedroom incorporates its own sitting area.

Hannan says the architectural and interior design teams worked closely with the builders, Holly and David Erotas from Erotas Building Corporation to realise the owners' vision.

"This is a home built to be enjoyed by future generations," says David Erotas. "Every piece of joinery was crafted with the same attention to detail that characterises the original houses in this style – from the coffered ceilings in the massive living room to the classically detailed fireplace surround. The house is also structurally engineered and soundproofed to twice the levels required by the building code."