One way to bring a more human scale to a large kitchen is to break down its forms visually. This might mean adding counter surfaces in two contrasting materials, or finding a fresh way to frame the cabinetry.

This kitchen, by designer Leonie von Sturmer, forms part of a rear-of-house extension that incorporates the outdoor living space and pool to create one long entertainer's area. Von Sturmer says the owner wanted the kitchen to look pristine when entertaining, so all appliances are integrated or relegated to the walk-in pantry, which acts as a discreet workspace.

"I finished most of the kitchen surfaces in white to merge with the greater volume, but I also added contrasting materials that anchor the kitchen and help delineate it," says von Sturmer.

"The large L-shaped island plays a central role in this. For the long cantilevered section, I chose a durable engineered stone in white – this part of the island is used as a breakfast area for the children and includes seating for four.

"However, the shorter counter is a built-up marble slab in black, which gives the impression of a dense, heavy worksurface. This is the area of the island the grownups often gravitate to over drinks. This section has a furniture-like appeal and is an appropriate entry point to the kitchen from the living areas. As a result, the island appears as two separate but connected elements." 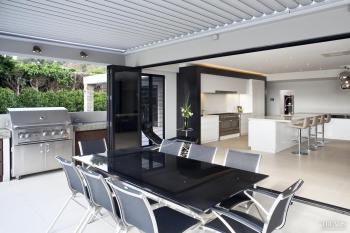 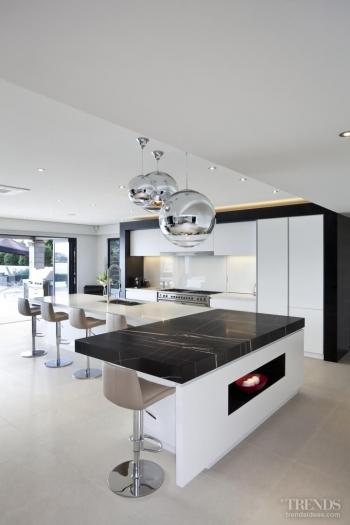 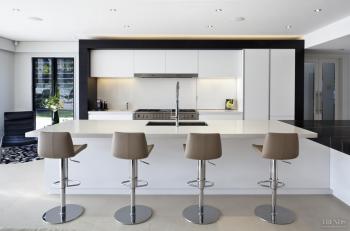 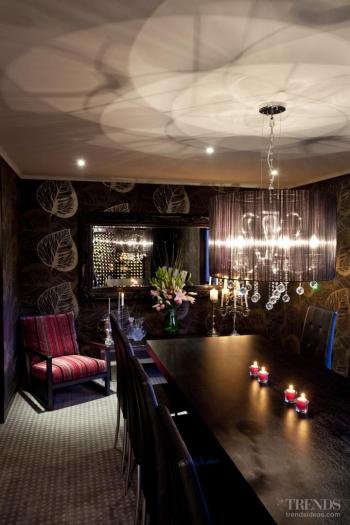 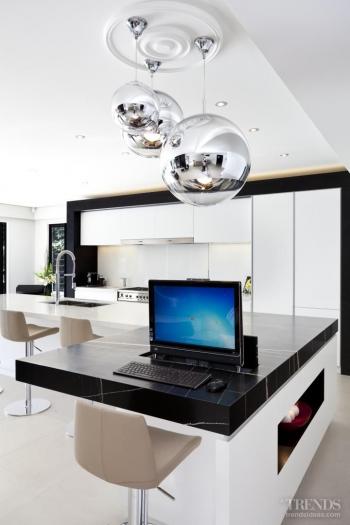 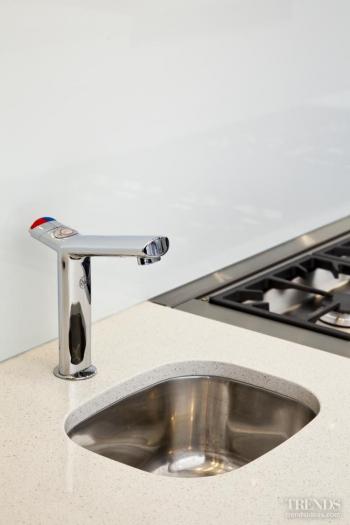 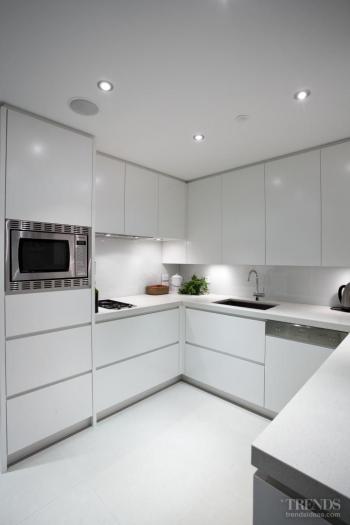 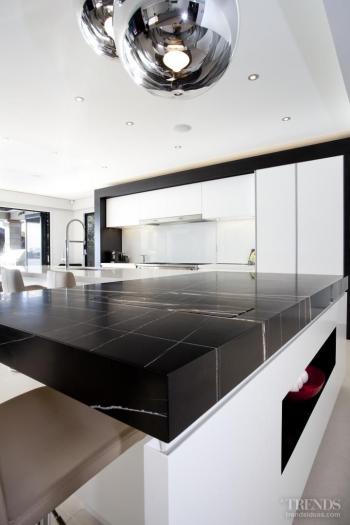 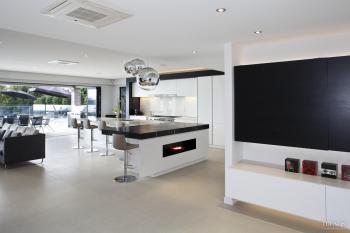 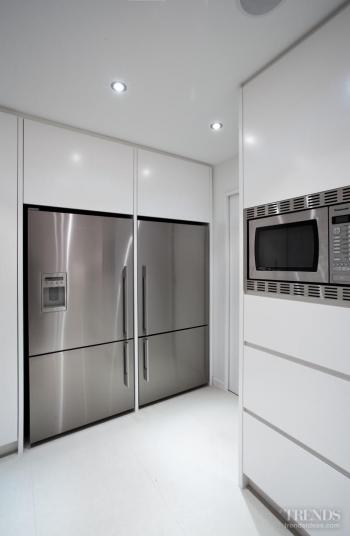 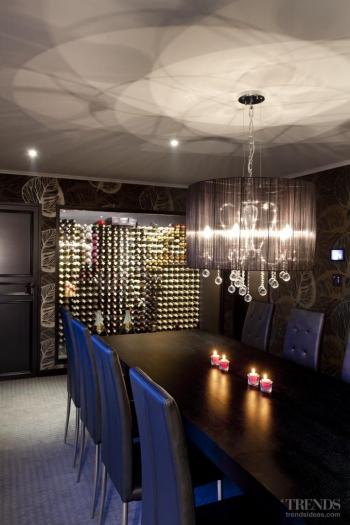 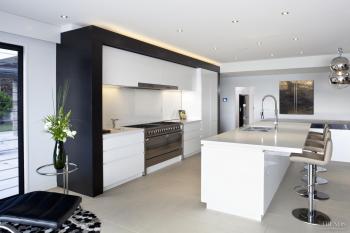 The bank of wall cabinets is another substantial element within the long run of rooms. This piece has also been tamed by material contrast – here, a stained-timber canopy frames the entire cabinet block, breaking up the serene expanse of white.

"It was important to balance these two forms because the design is so pared back. However, the owner also wanted plenty of storage, which can be tricky in a minimalist kitchen. To solve this, I added large-capacity drawers throughout – even the glass backsplash slides back to reveal additional shelving."