There are always myriad choices to be made when planning a kitchen, but it takes just one to determine the entire material palette.

For interior designer Susan Brunstrum, it was the decision to opt for charcoal gray cabinets that influenced the choice of all the materials for her own remodeled kitchen.

"Clients often see beautiful things and want to choose the most spectacular countertops, tiles and cabinets for their kitchens, without giving any thought to the way they will all work together," Brunstrum says. "I invariably have to ask them what pleases them most. It can be very distracting to have too much going on visually. And this was something I had to consider for my own kitchen."

Brunstrum says she chose dark charcoal gray cabinetry because it provides a quiet, neutral backdrop for the kitchen.

"I love the fact that it has a very sedate look and goes with anything – it reminds me a little of men's suiting. It also helped determine the choice of Lumix quartzite for the countertops. This was my statement piece. The quartzite has an unbelievable clarity and depth. It is almost like looking through ice on a lake." 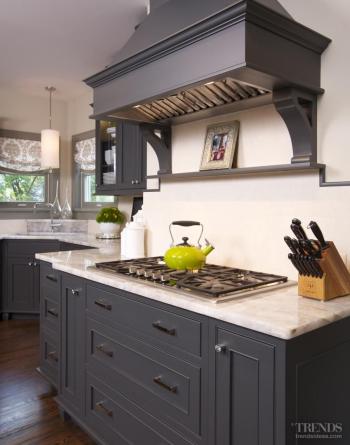 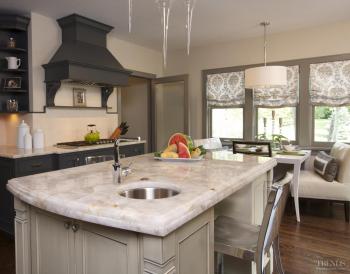 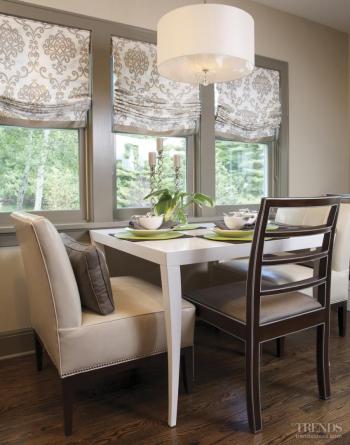 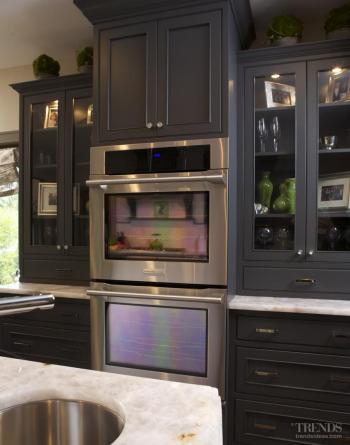 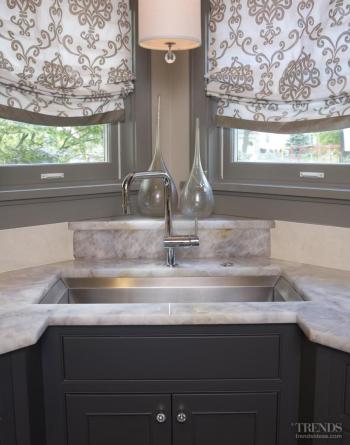 Because the quartzite has such a strong visual presence, the designer played down the detailing in the kitchen.

"I wanted a refined, sophisticated feel, rather than a showy, look-at-me kitchen," says Brunstrum. "For this reason, the backsplash is a neutral, honed limestone. And the cabinetry has recessed panels that provide a very simple, clean-lined look.

"At the same time, however, I had a little fun with contrasting textural elements. For example, the cabinet hardware is a mix of chrome pulls and crystal knobs not unlike engagement rings."

Brunstrum says the cabinet design also reflects the era of the 1920s bungalow, which is in a heritage precinct. But the sheer age of the house also posed a few challenges.

"The height of the walls varies by 3in from one side of the kitchen to the other. By stopping the cabinets a few inches below the ceiling, we were able to disguise this, thanks to the shadows created by the crown mouldings. This design also gives the cabinetry a European look."

To create a point of difference, the designer specified a buttery cream color with a gray glaze for the island. The furniture look of the island is reinforced by a different countertop profile – the quartzite has a deeper coved edge that gives it a substantial presence. Brunstrum also opted to put the stools opposite each other, rather than in a line, which creates a more social setting.

Other special features include a custom hood with built-in shelf, and a separate pantry.

"The kitchen truly is the sum of all its parts," says Bruntrum. "Everything works together to provide the look and functionality required."