Rebuilding a home damaged by fire creates an opportunity to improve on what went before. For the owners of this historic Tudor house, it also meant they were able to build the house closer to the original architect's specifications.

Todd Pritchett and Craig Dixon of Pritchett + Dixon, the architects commissioned to design the rebuild, say they were able to source the original architectural drawings from the Atlanta Historic Center and noticed that some of the detailing had been omitted when the house was built in 1916.

"In rebuilding the house, we have ended up with many details that are more closely aligned with the intentions of architect Neel Reid of Hentz, Reid & Adler – one of Atlanta's most renowned architects," says Pritchett.

The architectural heritage of the house is a passion for owners Evan Lindsay and Dr Nancy Cox, so there was no question they would embark on a rebuilding program when the house was destroyed by fire and subsequent water damage. And as the house is in a heritage neighborhood, it was also a legal requirement that the exterior stay true to the original design.

"The front and sides of the house were the only pieces retained," says Dixon. "These facades were propped up, like a Hollywood movie set, while the rest of the house was demolished and completely rebuilt, from the ground up." 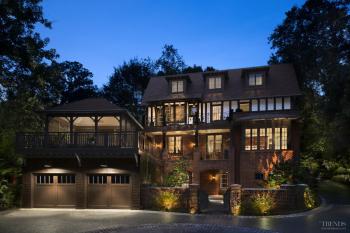 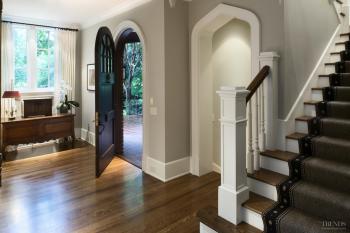 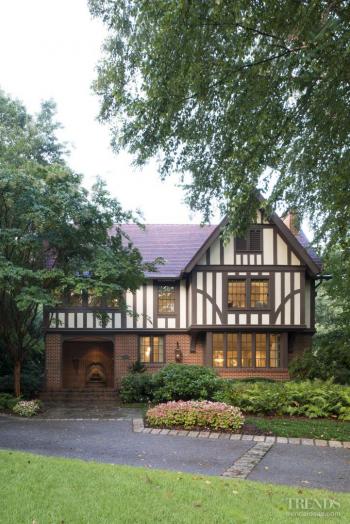 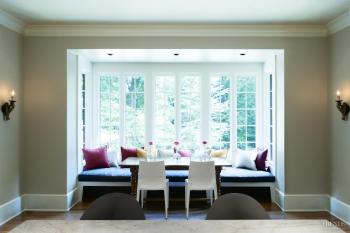 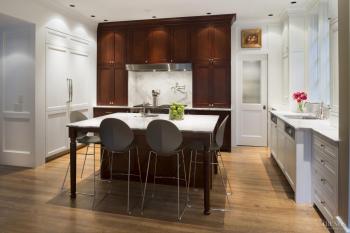 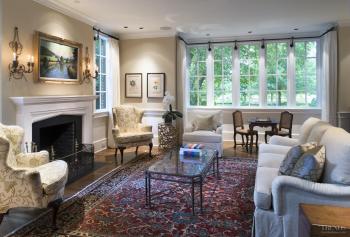 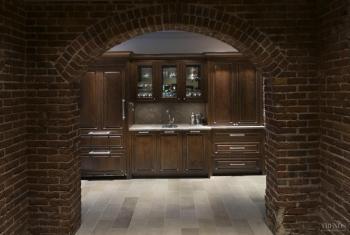 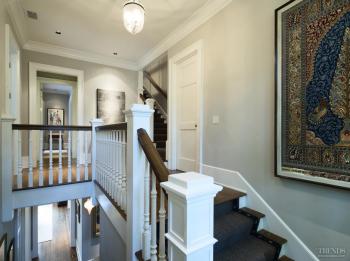 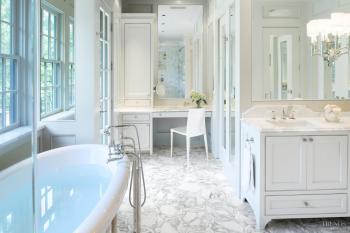 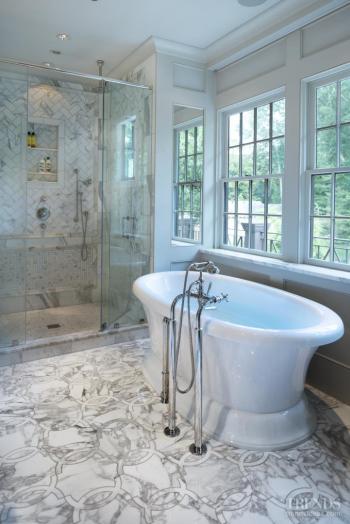 Working within the exact same footprint, the architects were able to almost double the floor area. Much of this space was gained by opening up the basement, or terrace level, which opens onto a landscaped courtyard. This accommodates a guest suite, workout area, home theater, storage, and a small kitchen for entertaining.

"We were also able to build an entirely new level in the attic space," says Lindsay. "This houses another guest suite, a cedar closet, and an office for both of us, with a large partners' desk."

But it is on the main living floor where much of the new detailing is evident.

"We copied the peaked arch detail from the front entry, and brought this inside," says Pritchett. "It features in several areas, including the fireplace and on various openings. The new mouldings crafted to the original specifications provide another interesting detail, but the duplicating process was not straightforward – new tools had to be made."

While the new windows, with their divided lites, appear to be exact copies of the originals, they incorporate energy-efficient glazing.

"The house had to meet all the present-day building codes, while not sacrificing the heritage elements. This made it a very challenging project," says Dixon. "But the owners were very committed to the cause. All the lighting is low voltage and even the refrigeration was chosen for its energy efficiency."

Reclaimed oak features on the floors. This was specially milled so that the growth grain would look exactly like the oak boards dating back to 1916. The new stair balustrading also echoes Reid's original design, although it is 6in higher to meet the current building code.

Not surprisingly, the kitchen retains a traditional flavor, with white painted cabinets teamed with cherry wood. Wherever possible appliances are integrated to retain an uncluttered look. There is also a butler's pantry at the rear.

For the owners, one of the key improvements was on the second floor.

"We were able to construct a wonderful master suite with a very large bathroom and two walk-in closets," says Lindsay. "There is also a porch where we can have a morning coffee overlooking the rear garden."

Pritchett says the original house had a much smaller Jack and Jill bathroom – it was shared with a second bedroom. The space taken by both these rooms was given over to the new bathroom.

"It is modernized, but we have kept the traditional character, with lots of white marble used in a heritage style. The floor has inlaid marble mosaics, and the shower walls also feature intricate mosaics."

The design team and the owners say the overall success of the rebuild is reflected in the fact that, for the most part, it is impossible to tell the new from the old.