Port Hedland is a small city on the Western Australia coast, approximately halfway between Perth and Darwin, which means it's essentially hundreds of kilometres from anywhere.

But it's not a place so easily overlooked these days, thanks to a bold, new initiative that has brought an international-class stadium to the Pilbara region. The Wanangkura Stadium, named after the local Kariyarra word for whirlwind, was designed to put Port Hedland on the map.

Mayor Kelly Howlett says the stadium needed to engender a sense of pride and belonging for the community, which comprises people of more than 70 different nationalities.

"We wanted a stadium that would really set the bar for future city buildings," Howlett says. "This city of 21,000 people is anticipating massive growth in the next 20-plus years, with the population expected to more than double in this time. We envisage the stadium being the vibrant hub of a highly sustainable city centre."

ARM Architecture was commissioned to design the building, which is part of a masterplan aimed at improving sports facilities in the region. Architect Sophie Cleland says it was clear the stadium design needed to make a strong statement. 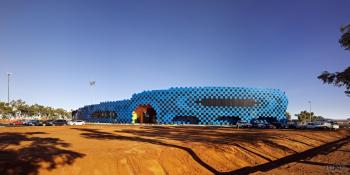 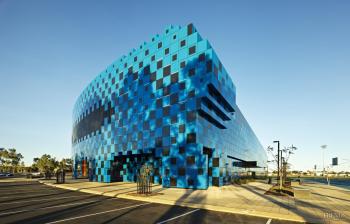 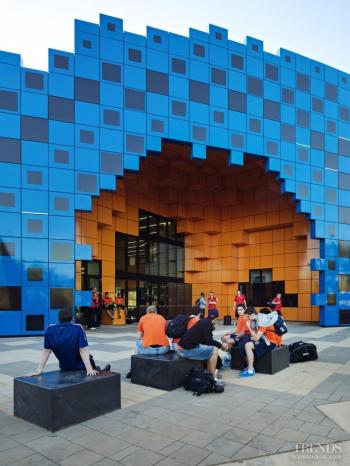 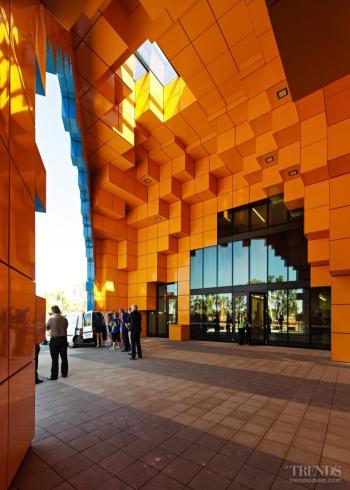 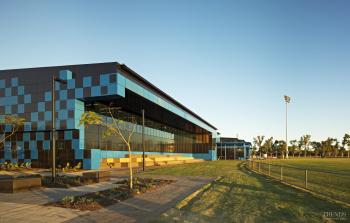 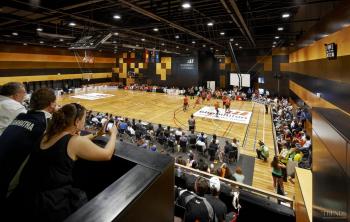 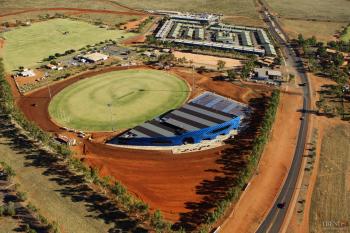 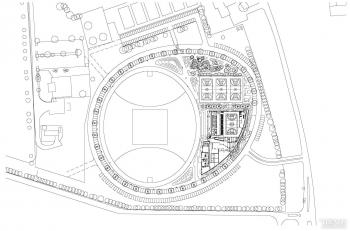 "It needed to simultaneously encapsulate and galvanise the community," she says. "The building had to address the street as well as the existing grass oval behind. And it needed to be an international-class facility that would attract visiting sports teams and could be used for shows and concerts. At the same time it had to withstand the extreme climate, not only the heat from the desert, but also the tropical cyclones that regularly hit the region."

Cleland says it was important for the architecture to have a local context, so the design team looked to the geographical environment and local industry to determine the design.

"The building needed to respond to the location and the community, and vice versa – we wanted the people of Port Hedland to identify with the building. The mining industry is a huge part of life here. Visually, there are many very big objects in the landscape that are directly related to this, including an enormous salt pyramid and various towers and buildings. Everything, including the trucks, is on an enormous scale, so we envisaged the stadium as another large object rising from the flat, red landscape. And there was already a requirement for tall ceiling heights for the indoor basketball courts, so it was always going to be a large volume."

Cleland says the curved front of the building echoes the curve of the oval while the straight facade at the rear was designed to incorporate spectator seating and enclosed corporate boxes that overlook both the oval and the internal arena.

Blue vitreous enamel panels were specified for the cladding, to provide a distinctive, highly durable exterior that would not be adversely affected by the red dust that cloaks the area. The panels are mounted onto a galvanised steel sheet, with gaps between the two surfaces allowing heat to escape, much like a thermal chimney.

"The building envelope itself provides the most significant sustainability feature, helping to insulate the stadium from the extreme heat," says Cleland.

"To come up with a responsive design for the panels, we created a 3-D model of a weather system, and sliced through this to show the isobars of a cyclone. This became the pixellated pattern for the exterior. From a distance it has the shimmering, rippling look of a mirage. When you get close the pixels become more distorted."

"The appearance of the building changes during the course of a day. At times the blue exterior seems to merge with the sky so the building is almost invisible, while at other times it stands out strongly against the red of the landscape and the green of the eucalyptus trees. And at night it sinks into the inky blackness and the lighting becomes a showcase in its own right."

The 3500m2 metal deck roof is also a significant feature of the stadium, says the architect.

"This is a town where people fly in and fly out again, so the view from the air was important – the roof is essentially the fifth facade of the building. To this end, we introduced bold black and white stripes to the roof, which are the colours of the local South Hedland Swans football team."

Additional colour accents enliven the entry, which appears to have been punched out of the pixellated exterior, exposing a bright orange interior, with blocks protruding at irregular intervals. Several large pixels appear to have fallen to the ground where they form outdoor seats.

"The orange is a very warm colour, and with its ziggurat form, the entire entry stands out from the road," says Cleland. "There is almost a suggestion of a sacred place – and it is, after all, a very important community resource. In essence, local industry is giving something back to the local people."

The entry leads to an internal street that runs through to the oval behind. Glazed doors allow a view right through the building, enhancing the connection with the oval. They also provide views into the internal arena and squash courts.

"We have repeated the pixel pattern on the inside, but in a softer way, with plywood panels," says Cleland. The pattern helps to break up the space visually, so it doesn't look like a huge shed."

Howlett says the stadium is already fulfilling its role, both in terms of its unique architecture and attracting a diverse range of sporting codes.

"The use has far exceeded our expectations. The whole community is benefitting, just as planned."