Cantilevered over the cliff top, this infinity pool is at one with the natural elements beyond

Cliff-top sites can pose the greatest challenges for pool designers, but the rewards can also be extraordinary, as this project illustrates.

Pool contractor Richard Rowley and landscape architect Gudrun Fischer were commissioned to design a pool and outdoor entertaining area that would maximise the spectacular sea views from the cliff-top site.

Fischer says the owners wanted a family pool that would be large enough to swim laps. The pool needed to include a shallow area for young children, and steps where the adults could sit and supervise the children.

"There also needed to be a reasonable amount of outdoor living space around the pool," says Fischer. "I particularly wanted to include grassed areas for the very young children to sit on."

The main challenge for the designers was accommodating these requirements within the limited space between the house and the edge of the cliff. 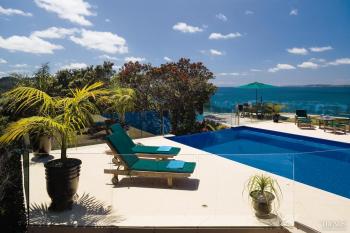 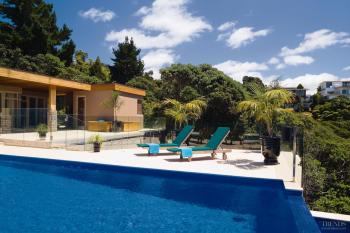 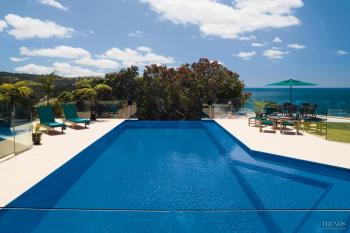 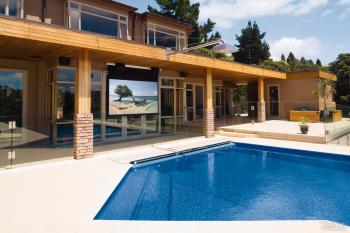 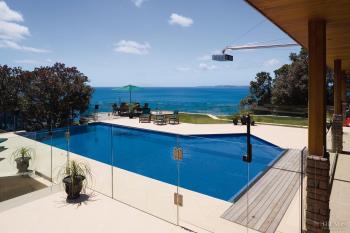 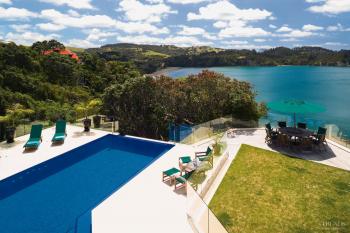 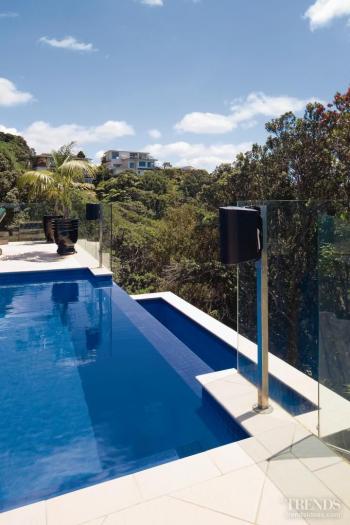 "There was really only one way to go, and that was out," says Rowley. "Consequently one third of the pool, furthest from the house, is up to two metres above ground."

Despite the engineering difficulties involved in cantilevering the concrete pool above the cliff, the position provides the wow factor. To further maximise the pool experience, the cliff-top end features an infinity edge with a weir.

"By pushing the pool as close as possible to the edge of the cliff, we were able to create a visual flow from the pool over into the endless ocean beyond," says Fischer.

The main sea views are visible from the sides of the pool, and framed by large pohutukawa trees. Glass balustrading ensures the views are not blocked from within the house. For similar reasons, the pool cover was recessed into a pit beneath decking near the house.

The pool landscaping was designed to merge seamlessly with the existing paved terraces. The new paving extends along both sides of the pool, and is angled to provide an expanse of grass.

"The grass makes the space appear wider," says Fischer. "If this area was all planted, it would encroach on the pool, and make the landscape seem smaller. The grass is a rather like a Persian rug – it was necessary for the eye."

A timber deck next to the pool also cantilevers out from the cliff, creating a dramatic outdoor dining area.

The owners have further heightened the outdoor experience with a home theatre system, complete with drop-down screen and full surround sound.