Layers of free-form, flowing shapes provide a dramatic backdrop to the interior spaces of this apartment

Curves ahead Discover this article's resources 0

Waterfront apartments are often designed with relatively conservative interiors, the idea being that the décor should take a back seat to the view.

This apartment, with its fluid architectural details and plush, vibrant furnishings, throws a curve ball at this concept, says architect Colin Leuschke. Housed in the bow of an apartment building on an existing wharf, the home overlooks the sea to the north and west, and the pier streetscape to the east. While this panoramic vista was an important part of the home's appeal, it wasn't the only influence to its interior design.

Leuschke says from the initial stages of the design, the owners were very clear about what they wanted from a spatial point of view - open-plan living with clean, minimalist lines.

"The results were absolutely fascinating. Their version of the interior is an interplay of free form shapes with many curved forms found in the walls, ceilings and floors." 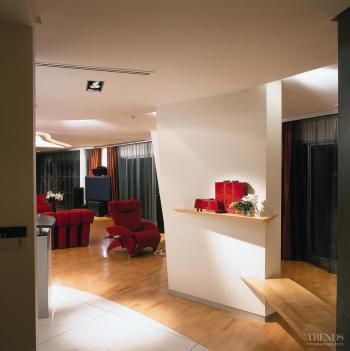 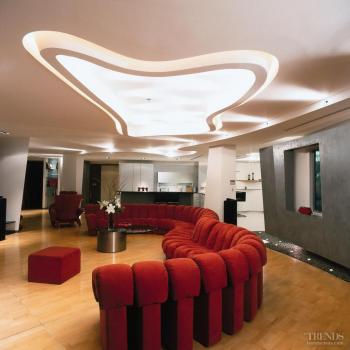 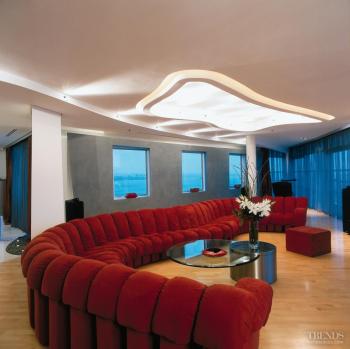 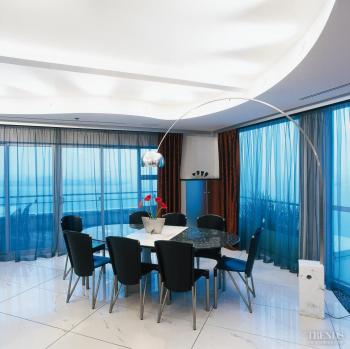 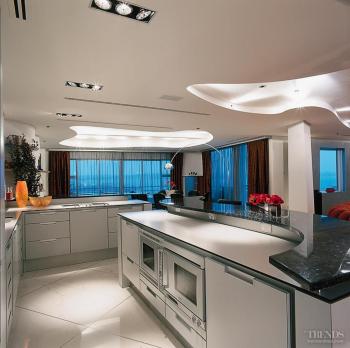 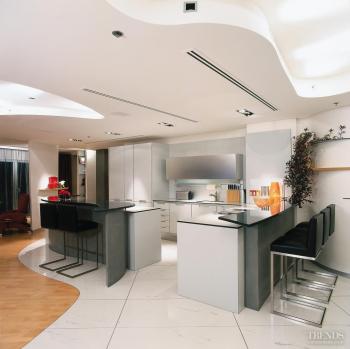 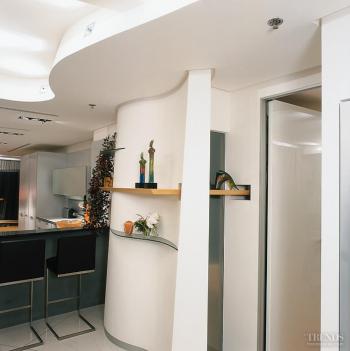 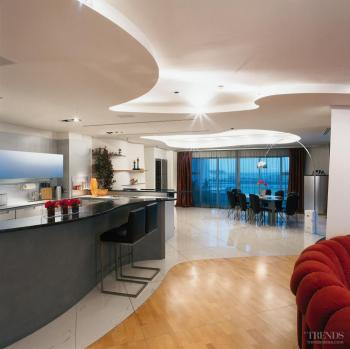 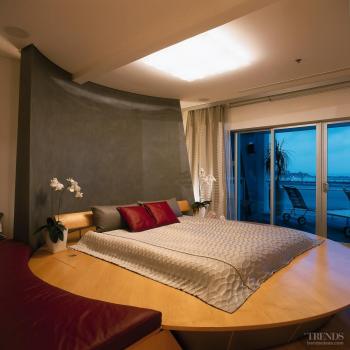 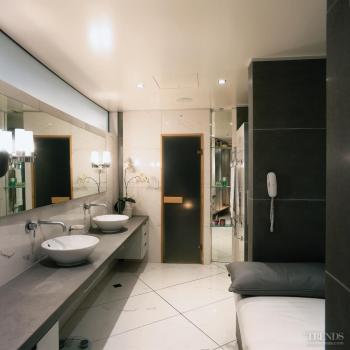 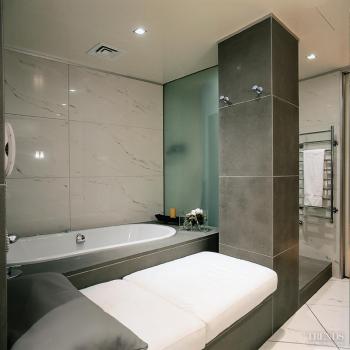 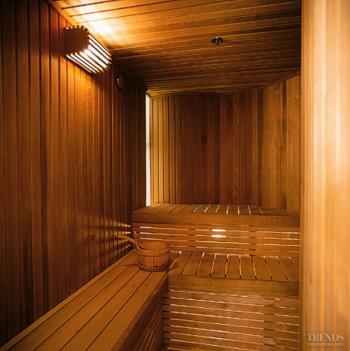 To this end, it was both a collaborative effort and a bi-cultural exchange between the New Zealand and overseas architects, says Leuschke, who describes the overall look as "modernist, but not as we know it".

"The design embraces the concept of modernism in a clean, elegant fashion using free forms to create visual interest. A number of architectural follies have been used to maintain interest."

The main living area illustrates this idea well. At the far end of the room, a pebble floor set in polyurethane and punctuated with halogen lights provides a shimmering feature at night and a metaphor for a garden during the day. The pebbles form the base of an angular freestanding façade that, placed in front of the wall, frames the three windows. The colour and texture of this floating plaster wall has an appearance similar to concrete, giving the space a sense of permanence, says Leuschke.

The curved forms – seen in everything from the ceiling to the kitchen countertops – follow a complex but precise rhythm. Again, this is particularly evident in the main living area, where the massive contours of the coffered ceiling are replicated in both size and shape by a caterpillar-like red sofa.

Throughout the home, spaces flow into one another, thanks to fibrous plaster walls that seldom touch. Maple strip flooring in the main living areas, hallway and bedrooms give way to 1200mm x 1200mm porcelain tiles in the kitchen, dining room and bathrooms. Aluminium strips have been used to break up the maple and duplicate the grid pattern of the tiles.

"The formality of these large squares provides a subtle contrast to the free-flowing curves," says the architect.

Red was used to accent a restrained colour palette of white, grey and neutrals, say the owners. In the open-plan living area, thick, luxurious drapes in a dark red fabric complement the red sofa, chair and ottoman. The seat cushions in the master bedroom feature red upholstery, while ornaments, vases and fresh flowers add further splashes of red to the décor.

The furniture has been sourced both locally and overseas by the owners, with a number of the pieces specially selected to complement the interior's curvaceous forms.

The sofa, purchased in modular pieces to echo the scale and proportion of the coffered ceiling, has been teamed with a circular glass and stainless steel coffee table.

Other pieces were custom designed to suit the owners' specific requirements. For example, a revolving bed takes centre stage in the master bedroom. Comprising a round maple platform on a specially engineered base, the bed can be rotated using automatic controls. This means the owners can enjoy the sea views or watch the wall-mounted plasma television screen, as the mood takes them.

In the main bathroom, a wide, built-in ledge teamed with a white cushion provides the owners with an alternative place to relax after bathing or spending time in the adjoining sauna.

wall that Instead of following a conventional linear look, the coffered ceiling is a free-flowing organic shape.