Restoring old homes to their former glory is a true labour of love, especially when you have to take them back to the bare bones and virtually start from scratch.

The shingle-clad holiday home pictured on these pages is located in Cape Cod on the Eastern Seaboard of the United States. Built around 1890, it once accommodated families and servants on extended summer vacations.

However, after being left to run down over the years, it required extensive renovations by the current owners, who enlisted the help of architect Tom Catalano. The restoration project involved gutting most of the interior and replacing the windows, cladding and roof. A new porch, guest house and garage were also added.

"The entire roof is new, including most of the sheathing," says Catalano. "We used Western red cedar shingles, which was the original roofing material, with lead-coated copper flashing."

Subtle design changes, including the addition of new dormer windows, affected the roofline to some extent. In order to obtain more volume and to give the home more character, the roofline above the main entrance was changed to a gambrel roof, which features two slopes on both sides, with the lower slope steeper than the upper. 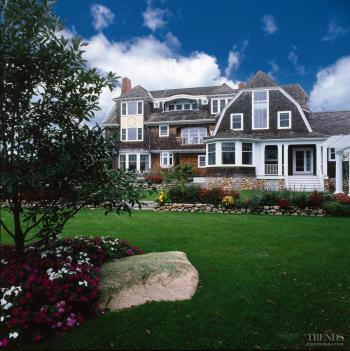 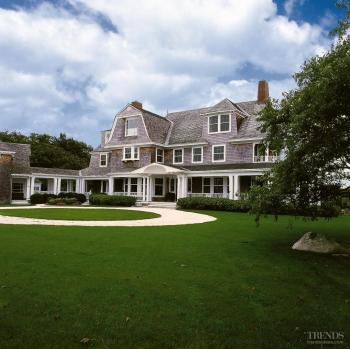 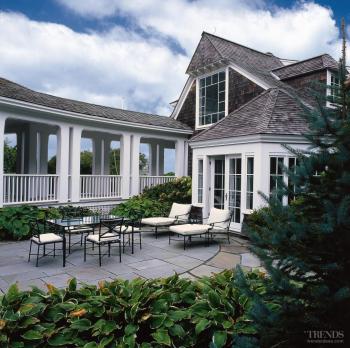 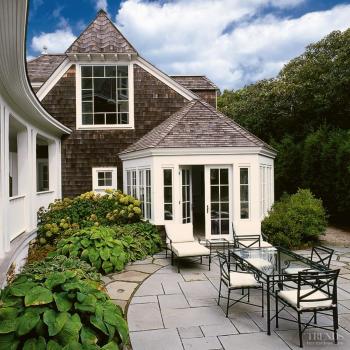 "One of the main challenges was to increase the volume of the third floor by more than 60% without having a negative impact on the overall look of the roof," says Catalano.

"The aesthetic goal with homes of this style is to give the house the appearance of being made from a continuous skin covering a series of manipulated volumes within."

Rather than staining the shingles, they were left to weather naturally and fade to match the colour of the cedar-shingle cladding.

With coastal homes of this type, Catalano says it's also important to consider the site's exposure to high winds and the affect that these will have on the roof design and the materials used.