Not every renovation project goes to plan. Sometimes what starts as a simple maintenance issue can end in the house being entirely transformed both inside and out.

In the house featured here, the need to replace a kitchen window frame prompted the homeowners to redesign the interior and re-roof the house.

However, when they took a closer look, they discovered the exterior was riddled with rot and mold. So they asked Tom Schietinger from Improvements by Design to create an entirely new exterior, one that captured the essence of the home's colonial design heritage.

He worked closely with the homeowners to create architectural details such as window mouldings, corner posts and a front entrance portico.

To emphasise the verticality of the glass pattern, Schietinger created an elaborate moulding above each window, which ensures the accent is on the windows, rather than the frieze board. 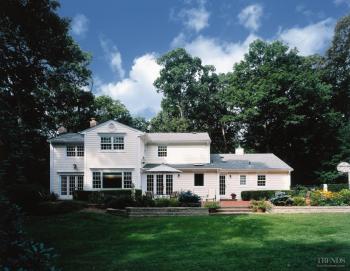 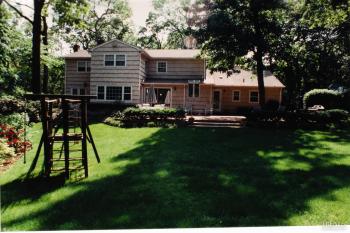 The distinctive portico at the front entrance is completely wrapped in James Hardie cladding. The base of the balcony is created from five pieces of Harditrim and appears like a giant crown moulding, its design complementary to the windows.

Beneath the balcony, next to the front door, an octagonal window adds a touch of whimsy to the exterior, offsetting the grandness of the portico.

Corner posts have a raised block on the bottom with a detailed base-cap trim completing the overall look, says Schietinger.

In addition to the architectural details, the entire house is wrapped in James Hardie cladding and painted in a light yellow colour. Schietinger says that because James Hardie cladding is resistant to damage from termites, when installed and maintained correctly, and can withstand adverse weather conditions, it is suitable for those wanting a low maintenance exterior.