From cottage to contemporary

Most renovation projects improve on what went before, but few create a house that is totally unrecognisable.

But that is precisely what occurred in this project by Craig Steere Architects. Two side-by-side cottages were redesigned to remove all traces of the original colonial cottage architecture.

Architect Lauren Cullen, who worked on the house shown on these pages, says the jet-setting owner spends much of his time away and wanted a place he could lock and leave.

"The design brief called for a casual, contemporary beach house – the property is in a popular beachside suburb," Cullen says. "The house needed to be low maintenance, with a few hotel-style luxuries, including outdoor entertaining areas and a plunge pool."

Craig Steere Architects responded to the brief with a modern reinvention of the front facade, removing all traces of the character-style veranda. The hipped roof forms were concealed behind an inverted frame-like element clad in sandstone, which presents a whole new cubic form to the street. 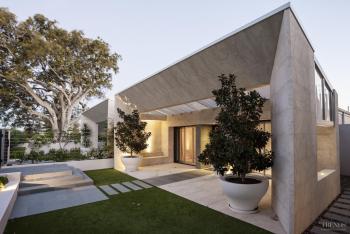 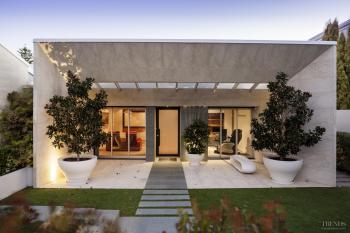 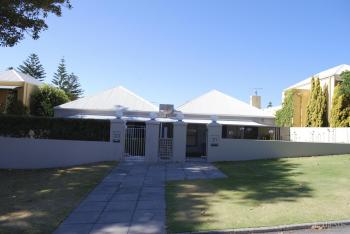 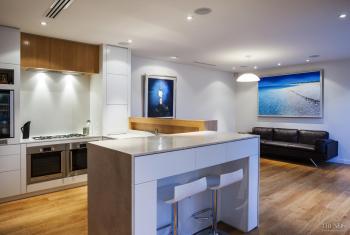 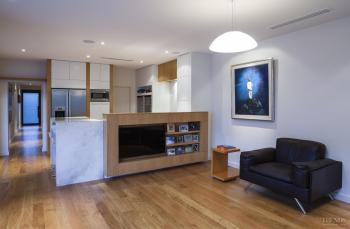 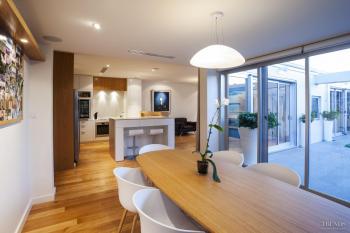 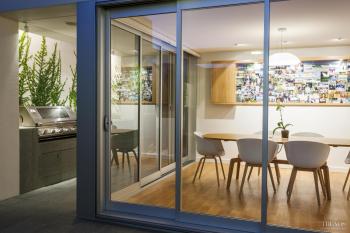 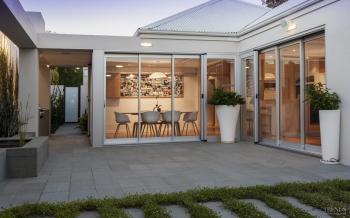 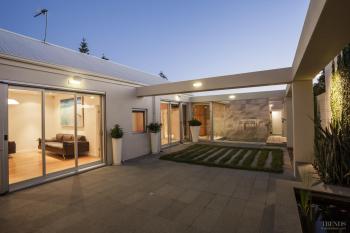 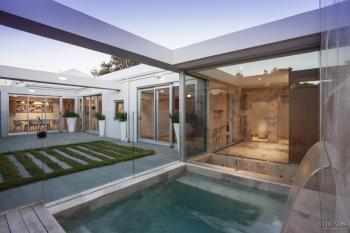 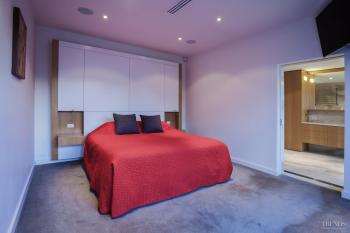 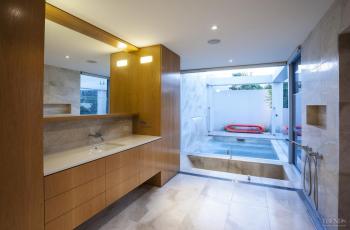 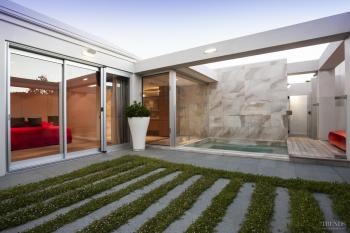 "We wanted the facade to make a strong statement, especially as the house is slightly lower than the street level," Cullen says. "At the same time, we wanted to ensure the house would be in context with the scale of the surrounding buildings."

Cullen says the distinctive entry was inspired by the form and function of limestone caves along the coast.

"The entry has become an inviting cave-like space – a welcoming shelter to come home to. The deep reveal creates a generous entry pavilion – a transition between the private and public spaces."

The raking roof has the added benefit of capturing north light while protecting the house from the elements – the roof and one side panel feature polycarbonate panels.

Beyond the entry, the house was redesigned to form a true courtyard house. Although the original floorplan was left largely intact, openings were widened to create a flowing, open interior with a seamless connection to the outdoors.

To maximise space in the living area, one side of the French oak kitchen cabinetry forms a television cabinet. An adjoining island-style cabinet with a waterfall side is raised so it can double as a bar.

"The kitchen is a focus for entertaining," says Cullen. "Although relatively small, it is highly functional – it even features a drinks refrigerator."

Other new features within this area include a built-in photo board in the dining room, framed in French oak.

The consistent material palette helps to unify the house. The island, for example, features the same limestone tiles as the new main ensuite and plunge pool.

"The main suite was one of the most indulgent parts of the project," says Cullen. "The original ensuite and dressing room were combined to create one large dressing room, and the bathroom was pushed out towards the courtyard. This room is now a luxurious, resort-style space, with an in-ground soaking tub reminiscent of a Japanese onsen or natural hot spring. The bathing ritual associated with the onsen is replicated with hand-held shower fittings. The entire area forms a large wet room."

A fully glazed wall at one end provides a view of the courtyard and the adjacent plunge pool, which appears as an extension to the onsen.

This pool area is fully tiled in limestone – the rear wall of the pool, which features a sheer descent waterfall, is the wall of the garage behind. Attractive landscaping further enhances the appeal of the outdoor living area.