It's old meets new in this clean-lined home, where existing traditional design elements are married with modern furnishings and art-influenced colours

Something old, something new, but notnecessarily anything borrowed or anything blue. When it comes to designing interiors, rather than treading a path that relies on one particular style of expression, a mix of elements from a variety of sources can instead be used create individual, and often completely eclectic, results.

When considering the design options for this traditional mansion, the necessary conditions for a varied, yet cohesive interior composition were evident to interior designer Jill Vantosh.

"Originally, my client was looking for a contemporary home – something streamlined and modern that would allow her to best highlight an extensive collection of modern art and glassworks," says the designer. "However, she was captivated by the charm of this traditional style of house."

The home's two levels are connected by a central staircase. From the entrance foyer, this dramatic feature connects with the upper level's study and gallery space. Bedrooms are also on this storey.

The lower level features a number of living spaces – each with a distinct personality. To create the desired effect in each room, many areas were completely stripped back, says Vantosh. 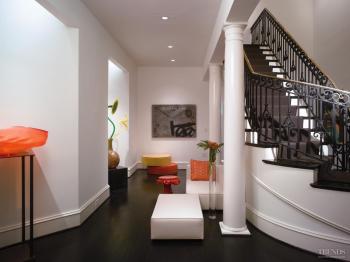 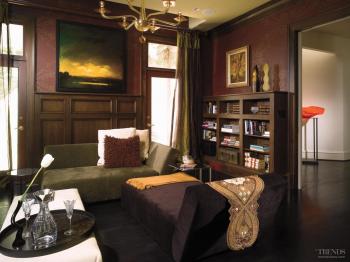 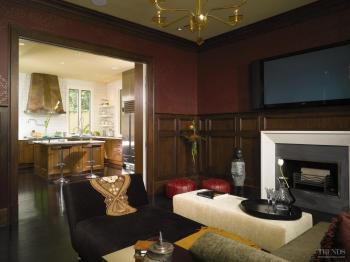 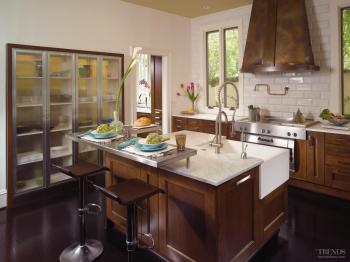 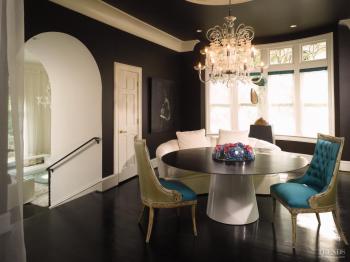 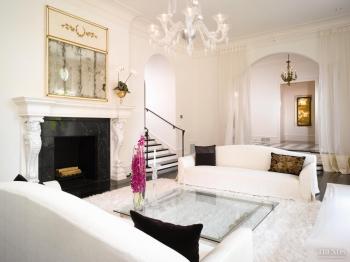 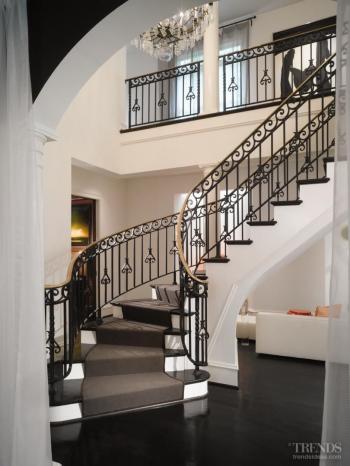 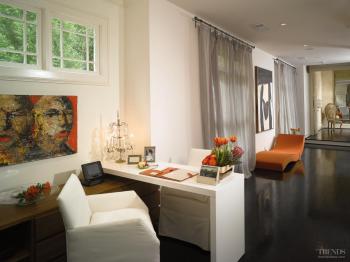 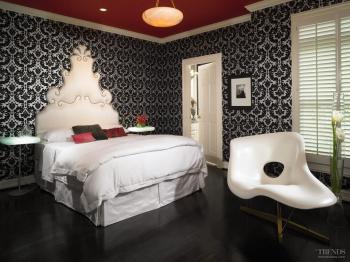 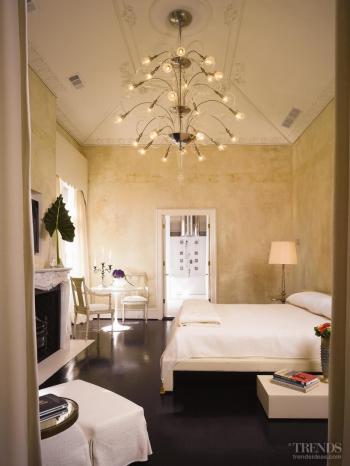 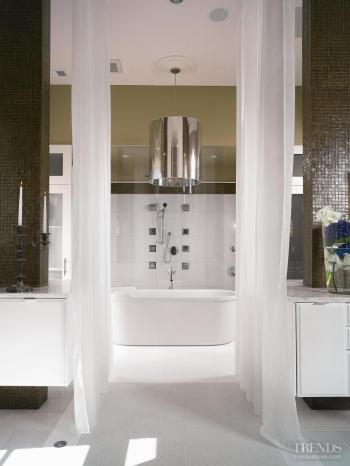 "Although the house had plenty of charm, the interior architecture wasn't that great. One of the first things we did was accentuate the better traditional features of the home by introducing new panelling and mouldings."

Some spaces, including the master bedroom and kitchen, required complete reworking. In the master bedroom, Vantosh added new ceiling and wall mouldings to emphasise the room's height and add architectural interest.

The pink-painted master bathroom – which almost convinced the homeowner not to buy the house in the first place – was reworked into a classically elegant space, with flowing floor-to-ceiling drapes, four vanities, and a centrepiece bathtub.

Throughout the home, Vantosh applied a design philosophy that allowed the numerous pieces of art glass and modern art to take centre stage.

"The client's collection was the basis for the overall colour selection. For example, the formal living room is white for several reasons: to promote serenity, to showcase the interior architecture, and to draw attention to the outdoor environment."

In this room, soft, comfortable and low-slung sofas were chosen – drawing attention to the high ceilings, rather than trying to obscure the room's volume. Other accents that add impact include a large, carved wood fireplace surround and an antique-finish, gold-framed mirror, which, drawn aside, reveals a television.

In contrast to the living room, the dining room's graphite-coloured walls provide a moodier backdrop. However, colour and light are injected through the vibrant blue upholstery of the chairs, arranged with a semi-circular white sofa, around a modern dining table.

Extensive reworking was also undertaken in the kitchen, and the adjacent library. The home's previous owner, a dedicated entertainer, preferred not to have guests in the kitchen while cooking, and as such, the kitchen was a closed off space, says kitchen designer Matthew Quinn.

"Before, the kitchen was a dead-end. But by removing a wall and introducing pocket walls, we were able to open it up to the library."

To complete the kitchen's transformation, new cabinetry, with glass fronts, and a central island with a raised stainless steel top and quartz corner sink were installed.